The western media campaign against Russian airstrikes in Syria lacks innovations and appears very cliché nowadays. It is like a machine made for producing lies, but sadly those lies have lost its glamour and the machine is completely outsmarted by the conscious journalism. 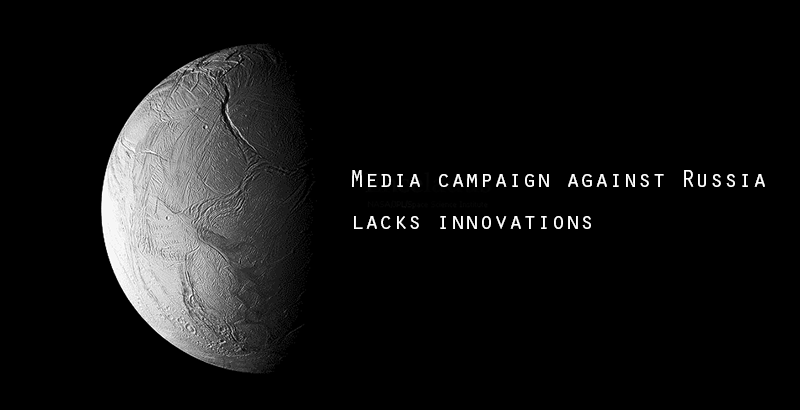 Written by Ahmed Rajeev for SouthFront

From the very first day, when the Russian started bombing on ISIL target in Syria, those huge funded mainstream western media jumped into demonizing Russia and Putin by stereotyped accusations, those are, as you know, completely baseless. They said Russia is killing civilians and “moderates” in Syria not ISIL. Later every western media outlet started to echo and spread that concept till their own military bombed a pro-euro hospital in kunduz, Afghanistan, that incident killed 20 innocent people and 40 more wounded.

Then the western media took a sudden break from pursuing propaganda against Russian Air assault on terrorists in Syria. The break was lasted for 2 days and resumed again with full throttle.

Firstly, the New York Times, a highly influential American news agency pretends to dig deep into Vladimir Putin’s personal life by portraying him as an ex-KGB thug who runs Russia now and intends to run the world in future. Everybody knows that Putin was an ex government employee who served his own country’s intelligence. Serving your nation through intelligence is a very strong human quality, but when you say the word ‘spy’, it sounds like somebody who wants to peep into people’s life and destroying privacy. But the irony is the opposite, USA has an agency (NSA) and that is spying in the name of intelligence business worldwide. NYT avoided the different identities of those two bipolar statuses of intelligence and spying.

When in reality all terrorists in Syria are on run from the fear of sudden death from the sky or from the Syrian army, then the western media make themselves engaged in glorifying those terrorists, creating an illusion so that the mass feels a certain level of sympathy for them. Yesterday, another notable western news agency The Guardian purposefully changed the identity of Syrian terrorists by labeling them as “Conservative Islamist Militia”, and that sounds really cute.

On the Other hand, the British media outlet the BBC news has been publishing new Syria maps where you will hardly find any ISIL presence. It seemed that, most of ISIL terrorists now dissolved into so called ‘Moderate Islamist’ in fear of areal death. In other words these moderate Islamists had previously served as ISIS terrorist in pre-Russian bombing scenario in Syria. Russian bombs make those ISIL transform into moderate Islamists or “the conservative Islamist militia”. So, after reading BBC map, Russia should bomb indiscriminately on those so called moderates because they were all ISIL before.

Today there are reports again of civilian death by Russian bombings in Syria. And this time, NATO has echoed the US media stand or the neocon stand. NATO said that no ISIL is being killed in Russian airstrike only ‘innocent civilians’.

After listening so much lies and trickeries from the west regarding this Syria issue, I can suggest that, NATO should put their own Generals with necessary GPS into the ISIL dens in Syria. If they survive from a su-34 target, they can tell the whole world the real truth that Russians are only bombing IC (innocent civilians) not IS (Islamic state) because Russians are monsters and not Mr. Brzezinski.