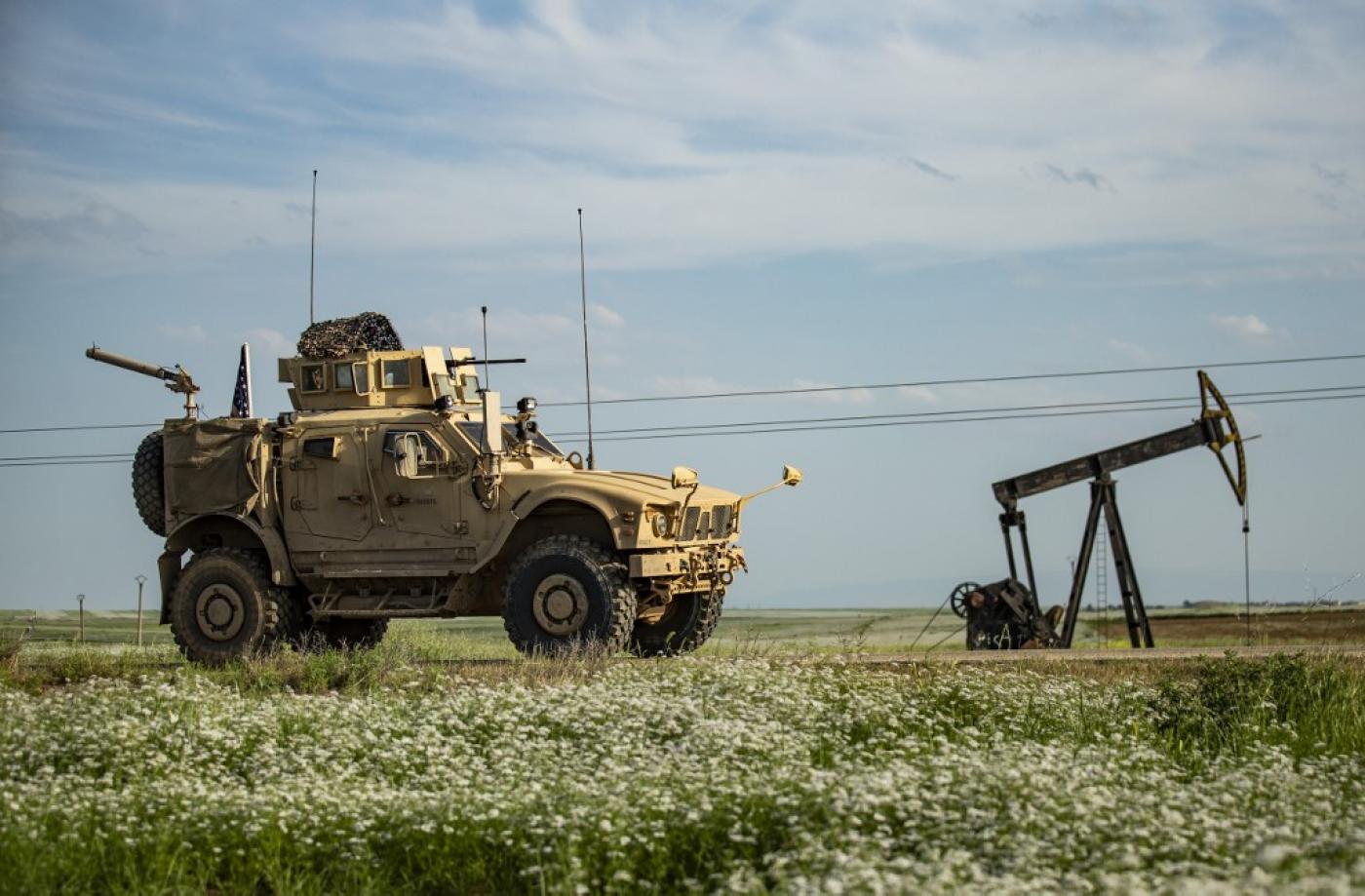 On July 30th, US Secretary of State Mike Pompeo confirmed that the US-backed Syrian Democratic Forces (SDF) had signed a deal with an unknown US Company to modernize and exploit the Syrian oil fields.

Senator Lindsey Graham: I talked to a general yesterday with SDF. Apparently, they signed a deal with an American oil company to modernize the oil fields in northeastern Syria. Are you supportive of that?

Mike Pompeo: We Are.

Graham: That would be a great way to help everybody in northeastern Syria.

Pompeo: The deal took longer than we hoped and we’re now in implementation and it will be very powerful.

It can be seen and heard that US Secretary of State Mike Pompeo confirmed during a Senate Foreign Relations Committee hearing that a deal which he described as a “very powerful” was signed between a US firm and the Syrian Democratic Forces (SDF), which was backed by the US in the war to oust the Islamic State group (IS) from the region.

On August 2nd, Syria’s Foreign Ministry issued a statement also saying that an American oil company had signed an agreement with Kurdish-led rebels who control northeastern oilfields in what it described as an illegal deal aimed at “stealing” Syria’s crude.

A ministry statement, published on state media, did not name the firm involved in the deal with the Syrian Democratic Forces (SDF).

Damascus “condemns in the strongest terms the agreement signed between al-Qasd militia (SDF) and an American oil company to steal Syria’s oil under the sponsorship and support of the American administration”, the Syrian statement said. “This agreement is null and void and has no legal basis.”

U.S. President Donald Trump has said that despite a military pullback from northeast Syria, a small number of American forces would remain “where they have oil”. The Pentagon said late last year that oilfield revenues would go to the SDF.

It is now questionable if all the revenues would go to the SDF if an American company is to exploit the fields.

US is the new British East India company, singing deals with local bandits and stealing a sovereign state’s natural resources. This is exactly how the British operated in India and Africa, cultivating warlords and criminals at the expense of the local population.

British lasted by being polite on the face and then being intriguers and backstabbers, Americans are too ignorant, crude and savage to have even lasted this long.

We’ve been doing all that for decades.

Legalized theft… Only the U.S. could come up with a BS like that.

That’s impossible, there are at least 3 Russian bases in Syria. They are secured.

Evidently the Russians are doing nothing.

Where do you get the idea that the fate of Syrian oil is a Russian responsibility? Russia isn’t the world police …. the USA is the self proclaimed world police and superher …. er superpowe …. whatever.

The USA has just entered into a deal with the military arm of the PKK …. a group designated as terrorists by the USA state department ….. to sell stolen Syrian oil.

What happens next is the US state department sanctions the US military and all the politicians and corporations that support the US military for supporting a terrorist organization and piracy. Their funding is cut off and bank accounts seized.

With those sanctions the USA achieves nirvana. Every entity on earth is either sanctioned or tariffed …. every bank account is seized.

The moment it happens Mike Pompeau ascends to heaven to sit at the right hand of our lord and savior Ronald Reagan and Donald Trump is cast into the depths of hell to live for eternity as a poor black sharecropper because even the republicans hate Trump.

True that, Russia will never dare to mess with the World Police. That’s the spirit, bud.

Absolutely “Never interrupt your enemy when he is making a mistake.” Napoleon Bonaparte

C’mon just pretend a bit by crying foul. And you can go.

Legalized? Maybe in the eyes of the US.

The US is run by gangsters.

Thieves doing what thieves do best! If i was a Syrian commander i’d let rip every long range ordanance I had at the fields in question. Every truck would be a target

Covert attacks on convoys, personnel and equipment is all the SAA needs to do. Make that barrel of oil cost so expensive that it’ll make importing He3 from the Moon cheap.

thievery on a grand scale – wonder why not one country objects to the practice of thievery, since thievery is prohibited by law. the disunited states of A and the jews in palestine are not the master thieves but slimy crooks on the last leg, fortunately.

PMUs better do more then SAA to kick this apes named “Kurds” which also known as Israel wannabe 2.0 out of Iraq and you might see US leave afterward. (Take the oil fields)

SAA better do something with this “Kurds”.

The SDF needs to be disbanded and the SDF leadership arrested for sedition and theft.

Damn right,those quislings crossed a line a long time ago,they could have done the right thing and worked with the Syrians,but no,they went all Vichy and collaborated with an occupier,for them its over sooner or later.

The rule-based order according to the interpretation of Yankee thieves.

Yeah one rule for us another for the rest of you.

Thieves come into your garden, establish a base there and declare that they signed a deal with the World Police to sell all the fruits in your garden starting next month.

Why is Syria allowing this?

There are several ways they could stop it,they could bomb the oil fields,they could organize local fighters to sabotage the oil plants and convoys,they could start killing US oil workers,they have options,another bigger option would be to hold the line for now in Idlib with greater Iranian and Russian help,then divert troops to cross the Euphretes to the oil fields and take them,a few hundred US soldiers coudn’t stop them.

But the question is…why aren’t they?

When the occupiers leave, those oil rigs will be blown up anyway. Those rigs must be decommissioned. I’d wait until its operational. They can be sabotaged. Turkey is the only market for Syria’s oil. How will that happen?