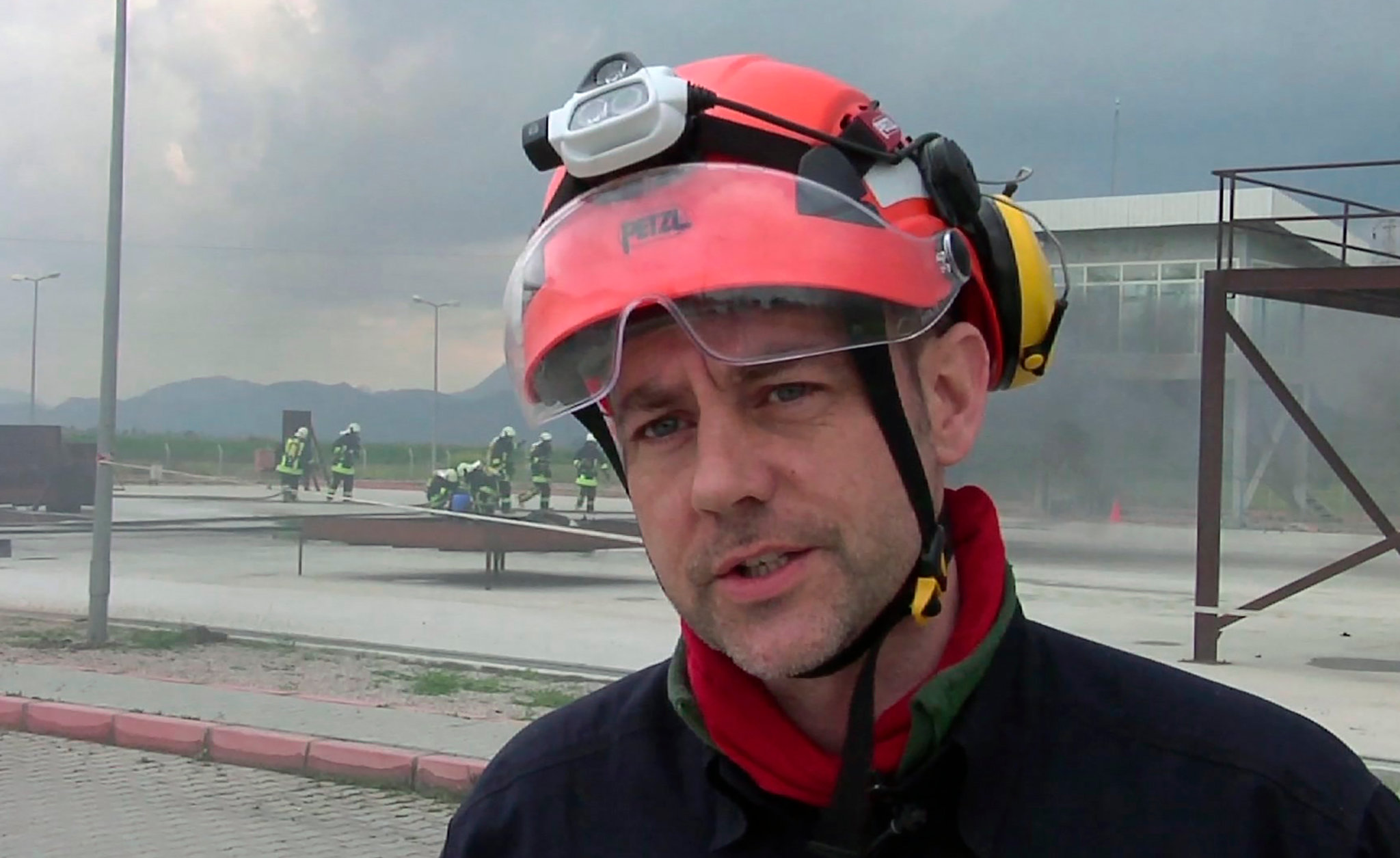 The founder of the White Helmets “rescue organization”  (in fact pro-Al-Qeda propaganda organization) – James Le Mesurier – was stealing money of donors of the organization.

After the death of the White Helmets founder, mainstream media outlets were widely speculating that ne was killed by Russians. Nonetheless, it may happend that he was just killed by the sponsors of the organization itself, which for sure include persons presenting interests of Western intellignece agencies.

The text below is based on the overview released by the Dutch newspapare “Volkskrant”:

James Le Mesurier was found dead in Istanbul on November 11th, 2019. Le Mesurier, a former intelligence operative, is internationally renowned for his work in Syria. He trained the White Helmets in how to carry out “rescue operations.”

Just four days earlier, on November 7th, he had an appointment at the Novotel Bosphorus in Istanbul.

In the hotel lobby, the 48-year-old Mesurier met his accountant, a Dutchman.

Le Mesurier trains and supports the White Helmets through a Dutch foundation: Mayday Rescue. He received millions in subsidies from European governments, Canada and Qatar in the accounts of Mayday in Amsterdam.

An accountant with knowledge of Dutch law has therefore flown in to examine the finances of the foundation.

The accountant has been working all week at the Mayday office in Istanbul.

And the account was there to ask one question: Where have $50,000 gone, the same ones that Le Mesurier had withdrawn more than 1 year earlier?

It all started with Operation Flying Carpet. That is the name of a daring international evacuation from a war zone in Syria. Everything James Le Mesurier excels at comes together in it: military planning, top-level diplomatic negotiations and finally a cold-blooded performance in the middle of the night on a normally hermetically closed border in the Arab world.

In Operation Flying Carpet, on July 21st, 2018, nearly a hundred White Helmets and their relatives were evacuated from Syria overnight, past the advancing troops of the Syrian government against ISIS, across the Golan Heights to evacuation points Tom, Dick and Harry – named after the tunnels in the true escape movie The Great Escape. 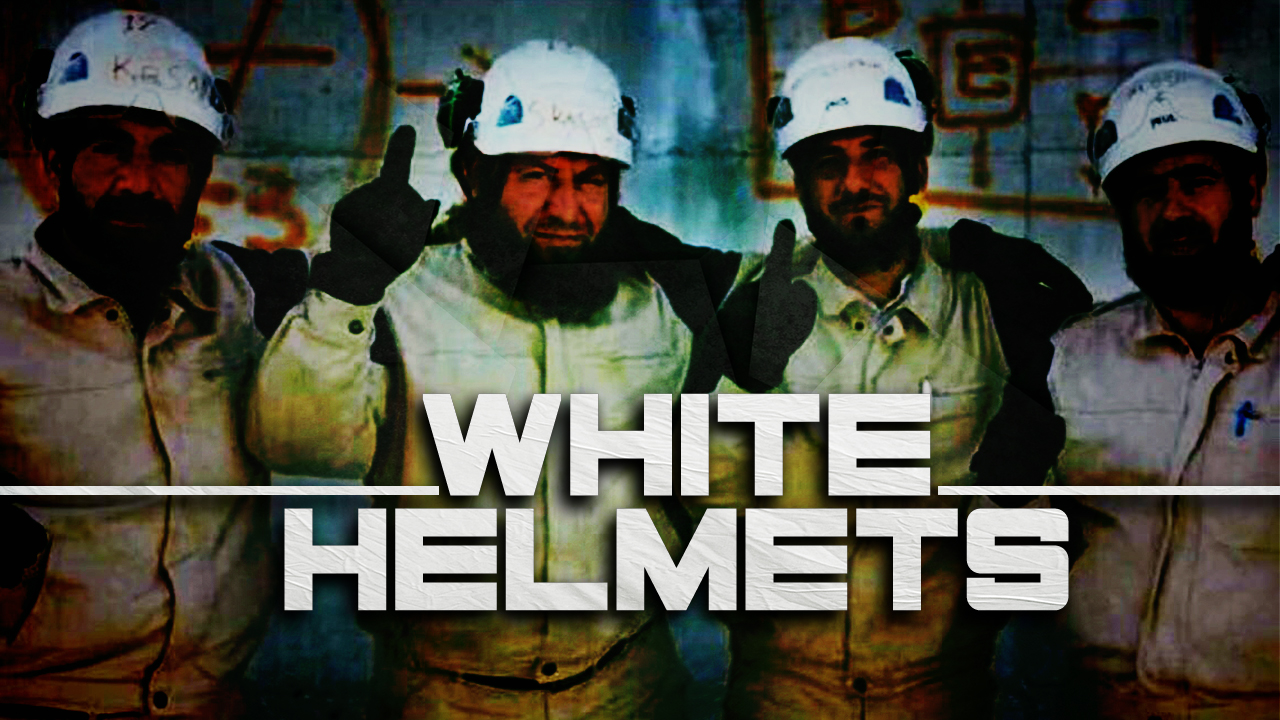 Some of that $50,000 was probably used in the rescue operation, likely not all of it, and the remaining money had entirely vanished.

At Mayday, they would rather “save lives” in Syria than spend time accounting.

“It was always about keeping operations in the field going,” said a former employee. That’s why money would constantly disappear inexplicably.

In the meantime, huge amounts of subsidy were flowing to the foundation: approximately EUR 100 million in 4 years.

The Syrian government and Russia repeatedly warned that Le Mesurier is a spy for the British intelligence agency MI6, the White Helmets are part of the Syrian branch of Al-Qaeda and participate in staging of chemical weapon attacks. These allegations are based in fact, and there’s ample evidence. Despite this, the organization continued receiving funding from the EU, the US and Euro-Atlantic structures.

At the end of 2017, Dutch officials discovered that almost half a million euros in subsidies for Mayday ended up with an unknown aid organization in Istanbul. It turns out to be a Mayday subsidiary that they have never heard of in The Hague.

The web of Mayday organizations is therefore complicated. In addition to the foundation in the Netherlands, there are commercial Mayday companies in Istanbul and Dubai. The man behind all these Mayday branches is James Le Mesurier. He is also part of another company in the Netherlands, and a Turkish organization behind the White Helmets.

Mayday is a “fairly young – learning – organization,” officials say. There is still little experience with purchasing and administration. And working in a war zone in Syria simply entails risks.

What about the $ 0,000 pulled from the safe for Operation Flying Carpet? In March 2019, a British accountant wants an explanation of the state of affairs. After all, the money has never been used “for its intended purpose”, this accountant establishes. But where did Le Mesurier put it?

Mayday’s world is one of safes and bags full of banknotes. Because of the war, most payments to Syria are forced to be made in cash.

For a multi-million-dollar foundation that handles so much cash, Mayday’s accounts are messy. Until 2018, income and expenses are kept in handwritten cash books.

The money was allegedly in a safe in Istanbul, waiting to be used to extract the White Helmets members from Syria.

But then, other withdrawals become apparent – by James Le Mesurier “for marriage” and “loan” to his wife Emma Winberg, and neither of those sums ever returned.

And then, just days before he died, on November 8th, Le Mesurier emailed the donor countries, admitting that the $50,000 had been, in fact, stolen and they weren’t used for what they were intended.

According to former employees at Mayday, Le Mesurier took “rescue work” in Syria to the next level, but he didn’t understand finance.

“But he understood: if he needed cash, he had to sign something first.”

But he had a massive fund of cash he could take from and explain it that payments in Syria and around it were mostly made in cash, and avoid much of the questions that would usually follow.

The Volkskrant article expectedly did not adress the fact that years of money stealing could become the reason of the death of the White Helmets founder. Nonetheless, taking into the account the abovementioned details, this is a likely scenario.

The entire situation with the White Helmets is a throwback to the early days of the Syria conflict. The US government made great investments into training and organizing the “moderate opposition” in the terrorist-infested areas of Syria.

US Congress allocated $350 million for FY 2016 to train and equip Syrian rebels. Prior to that, the Pentagon noted they had used $384 million of the $500 million and only 145 fighters were still active.

Then, Gen. Lloyd Austin testified to the Senate Armed Services Committee in 2015, and admitted that only 4 or 5 US-trained rebel fighters remained in Syria.

And that was admitted before the US allocated $350 million.

Spending nearly $400 million out of $500 million to train 145 fighters sounds extreme. Spending that much money to actually have 4 or 5 rebels is, lightly put, absurd.

That is CIA cunts training 101, steal from the poor people to fund the Jew parasites and Wahhabi terrorism. Nothing surprising.

Let me recap this. A War-Criminal Terrorist Organization [White Helmets] Created by US/UK-Deep-States + NATO-Mafia funded sponsored promoted by the corrupt western War-Criminal/State-Terrorist Regimes funded w/ money they stole embezzeled looted from ‘Their’ taxpayers + society intended to commit ‘Crimes Against Humanity’ and than parts of this illgotten money got stolen/pocketed by the UK Deep-State Frontman of this Terrorist Organization and let me guess a lot of this money probably vanished in some shady channels [or Off-Shore Accounts] and then out of pure coincidence the very same UK Deep-State Frontman got ‘Suicided’ – Is anyone really surprised? – I though only in Ukraine or Kosovo is such kind of criminal BS going on 24/7, but more or less the same criminal globalist cabals at work.

At least we know now why he was killed, greedy MI6 agent was stealing CIA, MI6, papa soros money destined for isis lite.

When that movie about White Helmet came out and every fuking news channel was talking about in just after days…yeah fuk-ing stupid cows eat it up and believe it. Every time some stupid fuking aps tried to back White Helmet I just told them how that ape (James Le Mesurier) died and linked them videos of the so called White Helmet killing civilians next to (Al-Qaeda, ISIS, HTS, Daesh). The fact the stupid amount of “Good” reports comes up when you look them up is just fuking stupid. https://www.youtube.com/watch?v=msykzpeERyA

No honor between thief and criminals, specially knowing that UK used to put money on his pocket.

Considering the amounts missing versus funding seems slight compared to mass looting in Ukraine and the US looked the other way. The leader, according to the article, was very effective (compared to incompetence in Ukraine), so I do not think the CIA or any funding sources killed him – in fact, they would be motivated to protect him given the White Helmet’s role in false flags to pin blame on enemies such as Russia and Assad – you actually need competence.

The article states Russia as possibly behind the murder. Now what would motivate Russia…? Could it be the role of the White Helmets to frame the Russians and allies for atrocities they did not commit? If he was totally incompetent, the Russians would be protecting him.

But the article does not explore this line of argument which seems the most plausible – remember Erdogan would have motivation to please Putin and giving Russia intel on Mesurier being in Instanbul and his movements. Are the dots starting to connect…

For me it look like he became too famous in the media and had to disappear to another name and place. A death was faked. Its difficult to see any motives in the place he was, heavily surrounded by friends and exploiters of his skills. But this is just a guess.

He had TOO big of a stash in cash at home, is my guess.

who cares if Turkey or Russia or US CIA NATO killed him ? 1 less scumbag on this Earth is what matters here.

You misunderstand my comment. MI6 agent acting against Russian interests is a fair target and good for Russia taking him out. My issue was the article poor analysis

wonder who threw him off he roof garden – the french or the brits or the yankee-twats.

I believe our government is doing what is best for our country.

Yes, Tommy I have a bridge in Brooklyn…….

It gladdens me immensely to imagine this scumbag Le Mesurier endlessly shrieking in unbearable agony as he roasts in a vast lake of fire while being tormented by Demons wielding iron spears.

The old punishments are always the best :-)

Hide the evidence,dod the same thing to urkop pilot who sht down mh-17 with 32mm soviet rounds!