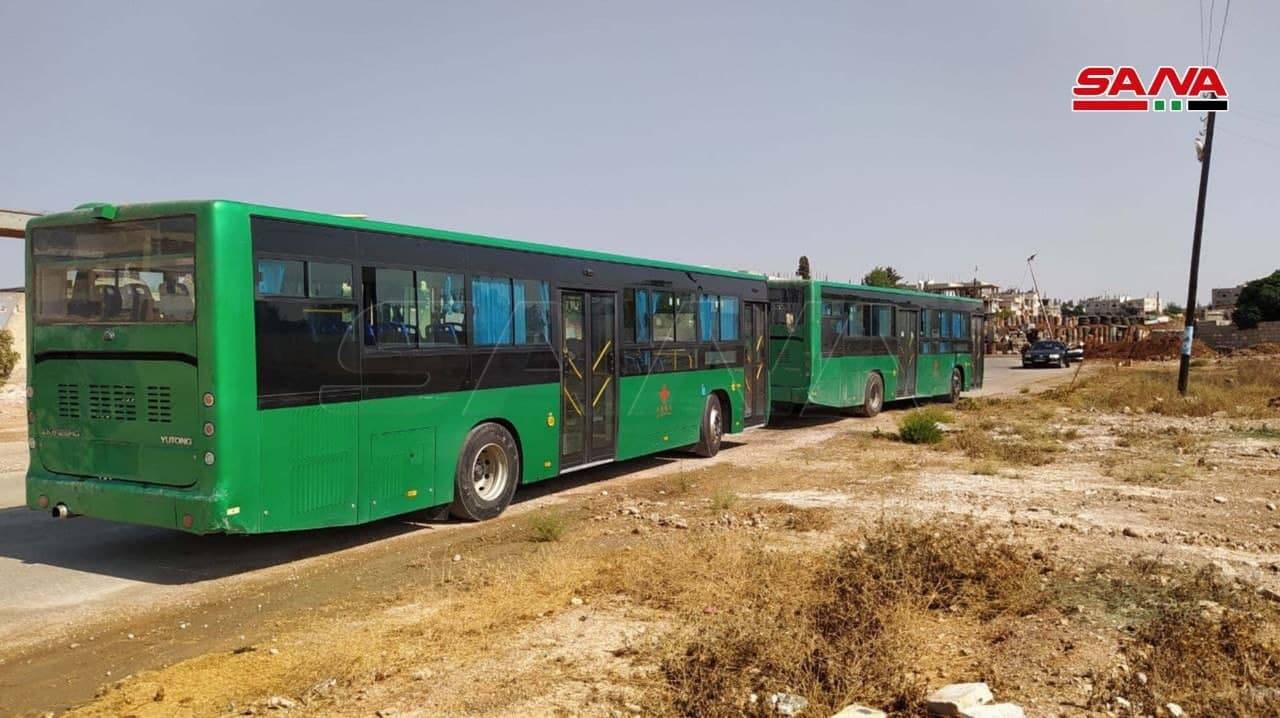 Gunmen in the southern part of the Syrian city of Daraa, known as Daraa al-Balad, have finally succumbed to the demands of Syrian authorities and begun to leave the area.

On August 26 afternoon, 50 wanted gunmen departed Daraa al-Balad along with their families in several buses provided by Syrian authorities. The gunmen will most likely settle in Turkish-occupied areas in the northern countryside of Aleppo. Russian forces are reportedly facilitating the evacuation process. 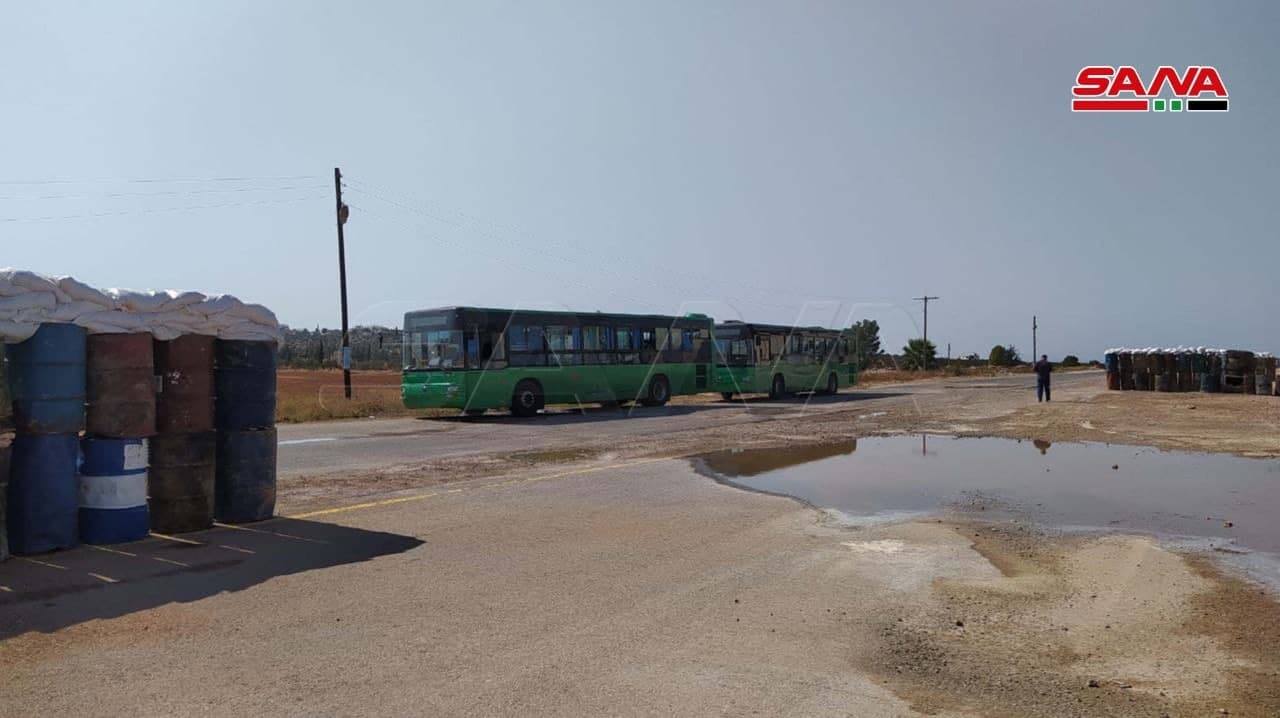 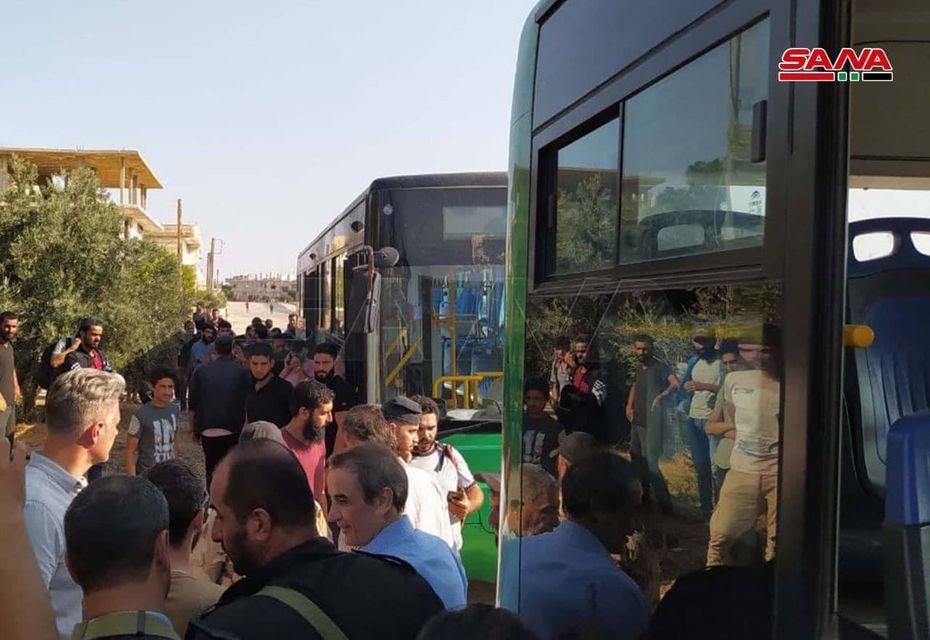 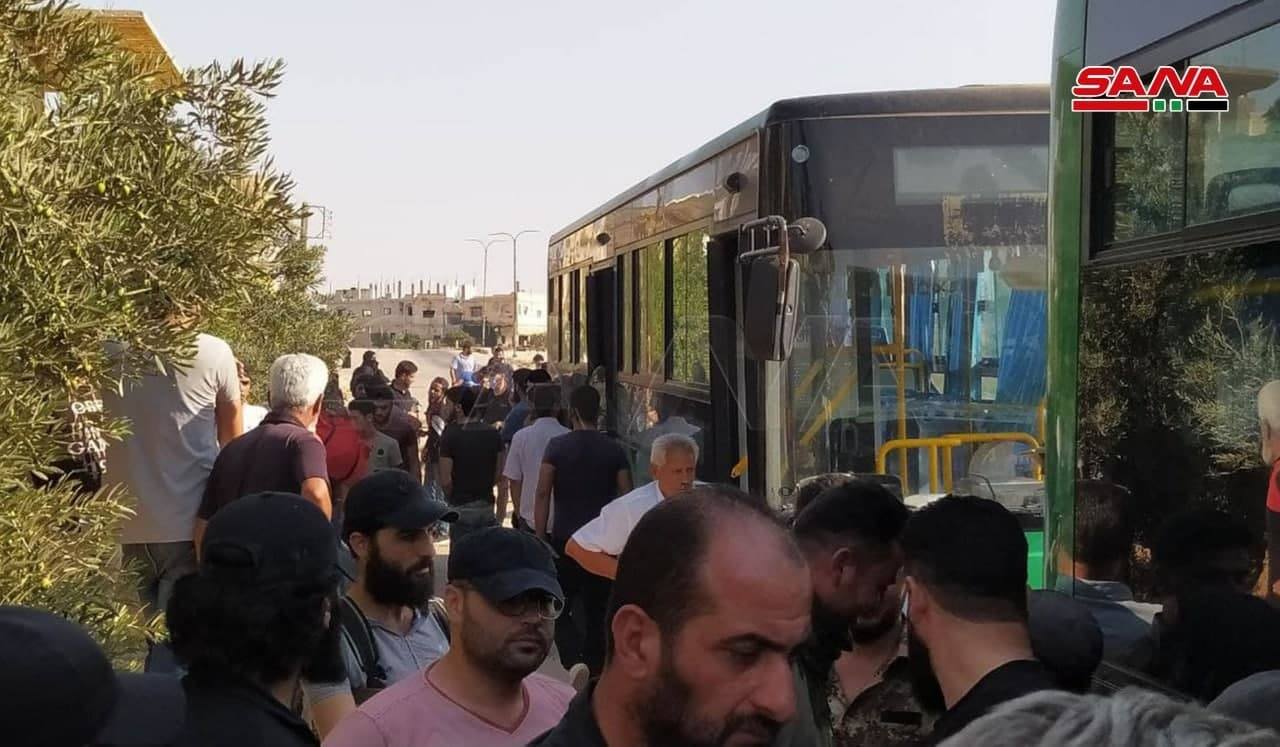 Nearly two months ago, the Syrian Arab Army (SAA) laid a siege on Daraa al-Balad in order to pressure local leaders into accepting the demands of Syrian authorities.

The authorities named more than 100 wanted gunmen who should leave Daraa al-Balad and requested the deployment of SAA troops inside the area. These measures are meant to secure Daraa city.

This was the second batch of wanted gunmen to leave Daraa al-Balad this week. The first batch, which consisted of eight gunmen only, left on August 25.

Now with nearly half of the wanted gunmen out from Daraa al-Balad, the crisis in the southern governorate appears to be closer than ever to being resolved.

Despite this progress, the situation in Daraa is still unstable. Earlier today, a soldier of the SAA was killed and eight others were wounded in an attack in the western countryside. A judge was also assassinated by unidentified gunmen in the same region.

This is the problem,they allowed all those rats to settle in Idlib when Aleppo was liberated,now they are doing it again when they should be killing the bastards on sight.

AFAIK, the 2 main leaders and troublemakers are still not agreeing to go. Which collapsed the last agreement. We will see.. Good to see Damascus asserting itself. Assad only grudingly agreed to the 2018 Russian deal with the rebels. So to see him finally going to go ahead to regain goverment control in Daara despite the Russian pressure and objections, is a good sign of a strengthed standing of Assad. He walks a fine line to balance out Russia against Iran, and it seems this now pays of slowly. Though the Russians too finally seem to be at least a bit more supportive in Daara than before. And against Israel too, though still not a major change. Daara rebels are now furious at Russia for not being as a neutral garantuee power anymore as before. Tough Russia still wont support any SAA operations directly by air and still want to prevent Assad implementing any military solution. Now that Nethanyahu is gone, which whom Putin had an exeptional deep and good work relationship and friendship, it seems the Russian political calculus is changing. Putin hoped to influence USA by his friend Nethanyahu, and though that did not work out as hoped, such hopes are now even more futile. So less reason to accomondate Israel for Putin. We will see how that changed balance will play out in terms of Daara (which Israel sees as a protectorate) and in terms of airstrikes.

Russia should have taken a harder stand with Israel from the start,god knows how many lives its cost allowing those Apes to settle in Idlib.