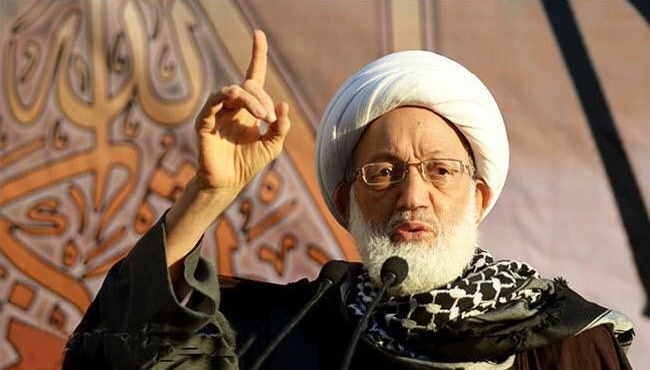 On December 1, the Bahraini opposition “February 14 Youth Coalition” called on all Bahrainis to hold anti-government protests all over the country. The opposition declared Friday the “day of rage” in solidarity with prominent Shia leader Sheikh Isa Qassim, who has been suffering from serious health issues while being under house arrest.

Sheikh Qassim has been under house arrest for around 500 days. The Bahraini authorities had accused Sheikh Qassim of “illegal fund collections, money laundering and helping terrorism”, “serve foreign interests” and promoting “sectarianism and violence”, according to the Iranian Press TV.

The UK-based Bahrain Institute for Rights and Democracy (BIRD) reported that the doctors who visited Sheikh Qassim in his house said that he needed “an emergency operation”. However, the Bahraini authorities are insisting that he should remain under the house arrest.

Sheikh Qassim was one of the key supporters and leaders of the 2011-2013 protests in Bahrain. The protestors were mainly Bahraini Shia who called for religious freedom and democratic system in Bahrain.

However, only month after the protests begin the Bahraini government received direct military support from the Gulf Cooperation Council (GCC) and Jordan, which deployed the Peninsula Shield Force (PSF) in Bahrain. With the direct help of the PSF, the Bahraini authorities assaulted the main Bahraini opposition protest in the area of Pearl Roundabout on March 16, 2011, ending the biggest wave of protests in the history of the country. 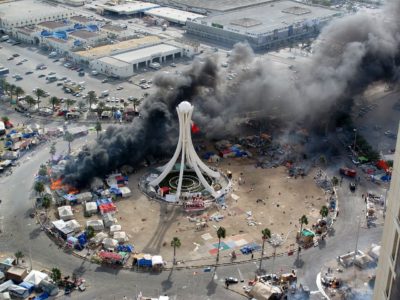 The Bahraini opposition said that 120 protestors were killed by security forces and the PSF during the crackdown on the Pearl Roundabout, while 2,900 other were injured. 2,929 people were arrested. The protests in Bahrain never received worldwide coverage from the mainstream media because Bahrain’s government is an ally of the US, according to Bahraini activists.

Bahrain is a Saudi-Wahhabi Caliphate satellite ‘country’. The al Khalifa king has to execute a brutal beat down on the majority Shia population every so often to keep them obedient. It’s mostly not working. The US approves because they can’t have uppity Bahrain Shia slaves upsetting the US 5th Fleet Naval Base there. The 5th Fleet number and command was resurrected in the mid-90’s as part of the US ForeverWar© in the Middle East. It’s kind of like CENTCOM’s personal navy, to be used against anyone Saudi Arabia or Israel doesn’t like, especially Shia and Iranians.

Google is paying 97$ per hour,with weekly payouts.You can also avail this. On tuesday I got a brand new Land Rover Range Rover from having earned $11752 this last four weeks..with-out any doubt it’s the most-comfortable job I have ever done .. It Sounds unbelievable but you wont forgive yourself if you don’t check it fd176: ➽➽ ➽➽;➽➽ http://GoogleDailyConsumerSocialJornalsJobsReport1/easy/jobs… ★✫★★✫★✫★★✫★✫★★✫★✫★★✫★✫★★✫★✫★★✫★✫★★✫★✫★★✫★✫★★✫★✫★★✫★✫:::::fd176lhhhh

it might have been scary back then but now probably not so much with all of Iran’s military advantancements, inshallah the shias there win and kick out all the wahhabis

80% Shiia population yet sunni ruled! US 5th fleet is based there! USA supported ALL arab spring uprisings especially in Iran and Egypt but wanted the OPPOSITE outcome in Bahrain which was to QUELL the uprising! They couldn’t afford to do it themselves so they got the Saudi’s to do it! fuckin RATS!