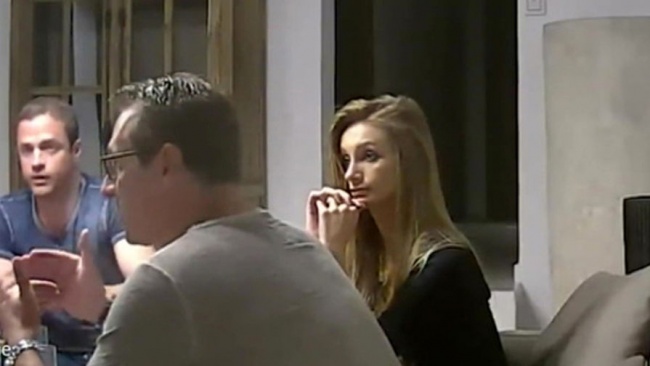 In a report on May 27th, Austrian outlet Kronen Zeitung revealed details surrounding the “Russian-linked” corruption video that led to the resignation of Austria’s vice chancellor Heinz-Christian Stache.

Calling it a “movie script,” the outlet claims that “Operation Stache” was organized primarily due to people’s interest in money, but also as revenge “due to a deep aversion from liberal politics.”

Professor Gert Schmidt spoke with the Kronen Zeitung regarding the debacle. He wanted to discover who stood behind the scheme.

“What I lacked from the start was information about the backers of the action. I want to get them in front of the public. I do not want a small group to dictate our policy.”

“What do you know about the mysterious female decoy?

The lady speaks four languages, including perfect Russian, is a student of agricultural sciences in Bosnia and corresponds to the type of woman who interests Mr. Strache. She is said to have been paid between 6,000 to 7,000 euros per day of engagement.”

“What did the intelligence agencies know?

At the latest, when the Ibiza video with the revealing Strache statements in the dirty National Council election 2017 came out all parties and a large construction company – of course, unsuccessfully – should have been offered to purchase it, the domestic state protection should have known. In this context, the first major operation after he assumed office Interior Minister Herbert Kickl, which was the controversial raid on the police intelligence service, appears in a different light.”

“Did the liberal party know about the fatal and fatal recordings that were going on and wanted to get hold of it in the belief that the Federal Office for the Protection of the Constitution and the fight against terrorism was in possession of the video?

Certain statements by high-ranking security experts also suggest that the German Federal Intelligence Service and the Spanish secret service were at least aware of the existence of the seven-hour FPÖ (Freedom Party of Austria) dismantling.”

Essentially, if the reports are true – the situation had really nothing to do with Russia and was a play to destabilize the Austrian government by internal actors. But, of course, since they could also easily play into the “Russian aggression and destabilization” narrative, why wouldn’t they?

One could call this a sting operation. It is relevant as it shows, even if drunk, the length to which these politicians will go. They are corrupt and fascist in mind.

Yes, and Hillary Clinton and Theresa May can be said to be corrupt of mind as well :)

Poor deployment of tank asset, probably was not working very well in the recent past.

If everybody thought about their own olygarchs, instead of blathering about the other country ones to divert attention, the world would be much better.

A Russian oligarch = A Russian Jew working for Israel.

Stop the jew bashing man, its not cool. Makes the whole page look bad. You can disagree with folk without sounding like some racist bucket of buffoonery