On January 17th, the Defense Advanced Research Projects Agency (DARPA) announced that it carried out the first successful flight of its X-61A Gremlins Air Vehicle (GAV) back in November 2019.

It flew successfully, but it couldn’t land, as its main chute malfunctioned and it was destroyed by impact with the ground.

“This flight marks a historic milestone for Dynetics and the Gremlins program,” said Tim Keeter, Dynetics Gremlins program manager. “The GAV flew beautifully and our command and control system kept us in total control of the GAV for the entire flight. The loss of our vehicle validates our decision to build five GAVs for Phase 3; we still have four remaining. Overall, I am proud to see all the hard work pay off and we are excited to continue this momentum towards the first airborne recovery in early 2020.”

The program’s Phase 3 demonstration objectives include a final flight test to demonstrate the ability to recover four GAVs in under 30 minutes.

The Dynetics team was one of four companies awarded Phase 1 in 2016. Phase 2 was awarded in March 2017 to two of those four performers, and Phase 3 followed in April 2018, naming Dynetics the top performer.

“This flight test validates all the engineering design work, analysis, and ground testing we have performed in the past two and a half years,” Brandon Hiller, chief engineer for the X-61A said. “We have a lot of confidence in the vehicle’s performance and overall design going forward, and the telemetry data from the flight compares exceptionally well to our modeling predictions. Our team has done a superb job to achieve first flight of this unique aircraft in such a short amount of time, and we are eager to get this new capability into the hands of the DoD.”

The test took place at Dugway Proving Ground near Salt Lake City, Utah. Testing operations involved one captive-carry mission aboard a TBM, Inc. C-130A and an airborne launch and free flight of the X-61A that lasted one hour and 41 minutes.

The objectives were as follows:

The last objective was carried out successfully, but the chute malfunction, and resulted in the loss of the GAV, as mentioned above.

The X-61A GAV is an experimental apparatus for testing the concept of low-cost “swarm” airborne UAVs designed for a group air launch and capture in air back on board a carrier aircraft. Does it have a capability to swarm oil fields of other countries & steal their oil?

I think this one’s got more to do with stealing US taxpayer dollars. I bet the super duper new and improved parachute will need another $2bn and three more years before they shitcan the project and sell it to the Saudis.

next movie from Tom Cruise where he cruises and cracks his whip like indy.. while sucking in the oil through his penis extractor..

They’ve been flying these for over 50 years. The X-15 set the record for manned hypersonic flight by test pilot Knight at Mach 6.7 in 1967. Which still hasn’t been broken in 2020.

Your point is? F-35 is in service and kicking mullah ass! And there’s not a darn thing that the Russkies can do about it.

Very funny. History proves all the evil, bad actors never win any wars and their technology never works for them.

You’re just tedious. I hope that sounds like an ad hominem attack

F-35s can be destroyed on the ground before they even get in the air.

Why would pro-choice Ruskies want to do anything about it? thus who cares if they could? https://www.reuters.com/article/us-iran-population/iranian-parliament-bans-vasectomies-in-bid-to-boost-birth-rate-idUSKBN0GB15Z20140811

Hypersonic speeds in near space where there is little drag on the vehicle is one thing …. those speeds close to the earth in dense atmosphere is another. Second humans can’t react at those speeds. Acceleration and turns at those speeds will kill you. Hypersonic speeds are great for drones and missiles but putting a pilot in one limits it’s performance to human scales. These are suited to missiles and AI piloted drones.

It looks like the US has been flying hypersonic guided missiles through the atmosphere below 50,000 feet as early as 1950:

“The first manufactured object to achieve hypersonic flight was the two-stage Bumper rocket, consisting of a WAC Corporal second stage set on top of a V-2 first stage. In February 1949, at White Sands, the rocket reached a speed of 8,288.12 km/h (5,150 mph), or approximately Mach 6.7.:

50,000 ft is in the stratosphere. There’s no information on the altitude Zircon flies at however it’s described as both a cruise missile which would be nap of the earth (treetop to hundreds of feet) or semi ballistic which would be in a flattened arc. I guess depending on the situation?

Russia had an air launched cruise missile called the KH-90 that was developed in the 1980’s that could reach velocities of mach 10+. I can’t find much info on it though. The thing about the zircon is that it can be launched from the ground or on ships and reach hypersonic speeds. The KH-90 was launched from high altitude at high speeds which made acceleration easier. it then went into cruise mode at hypersonic speeds. Apparently the thing weighed 15 tons and carried a nuclear warhead. Imagine 15 tons hitting you at mach 10 let alone the nuke.

If you look at the chart I circled it shows Bumper 7 and 8 flying horizontaly below 50,000 feet at up to mach 9.

The S-200 is hypersonic and ground launched from the 60s using boosters like the Zircon.

A successful hypersonic weapons system combines speed, maneuverability and EW capability. The US is behind in this according to open source information.

The US has misspent much of it’s “defense” money on conquest and hegemony for Jew neocons and Zionists. To defeat less than peer victim nations and occupy much of the planet with 1,000 bases.

The Russians and others have wisely spent their money on being able to deter and if necessary defeat threats like the US, Israel and NATO.

The US needs to be dejudified and join civilized nations like Russia and China on creating a better future for humanity. 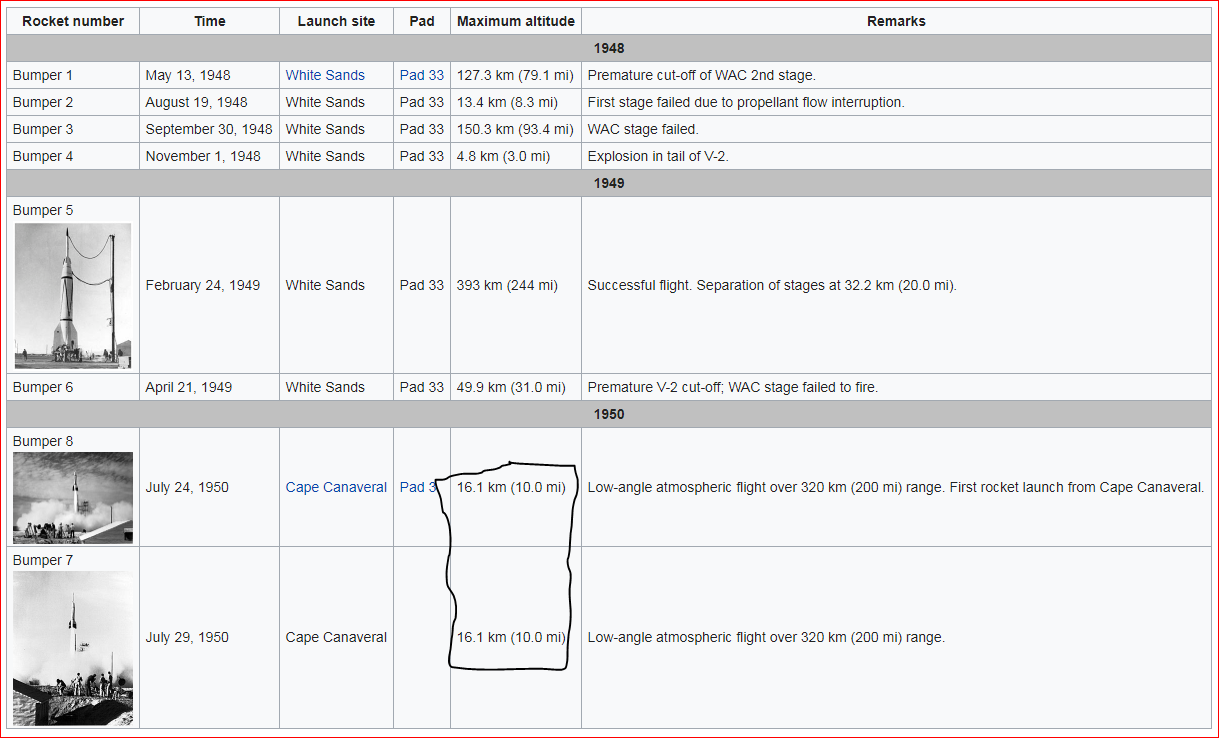 “Bumper #7 was scheduled for launch on July 19, 1950. The rocket misfired on the launch pad. As a result, on July 24, 1950 Bumper #8 became the first rocket launched from Cape Canaveral. Launch of Bumper #7 followed on July 29, 1950. These launches successfully demonstrated the feasibility of near-horizontal liquid fuel rocket staging, and the Bumper #7 second stage achieved the highest speed of any man-made object to date.” 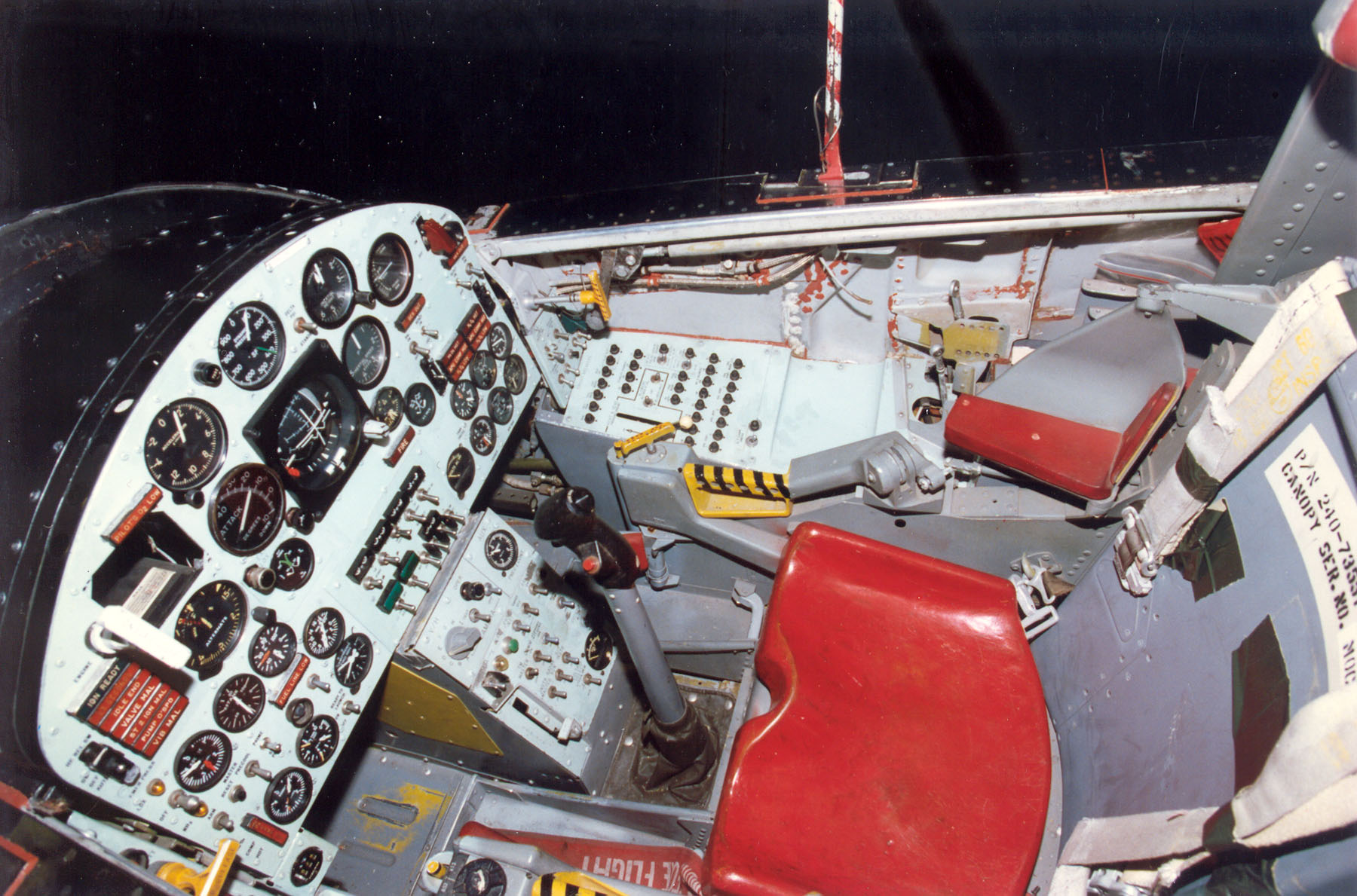 The canopy is probably lifted or removed for display.

They flew faster than that with essentially the same technology in the mercury, Gemini and Apollo programs.

where’s the porta potty???? you got to need it after that turn… 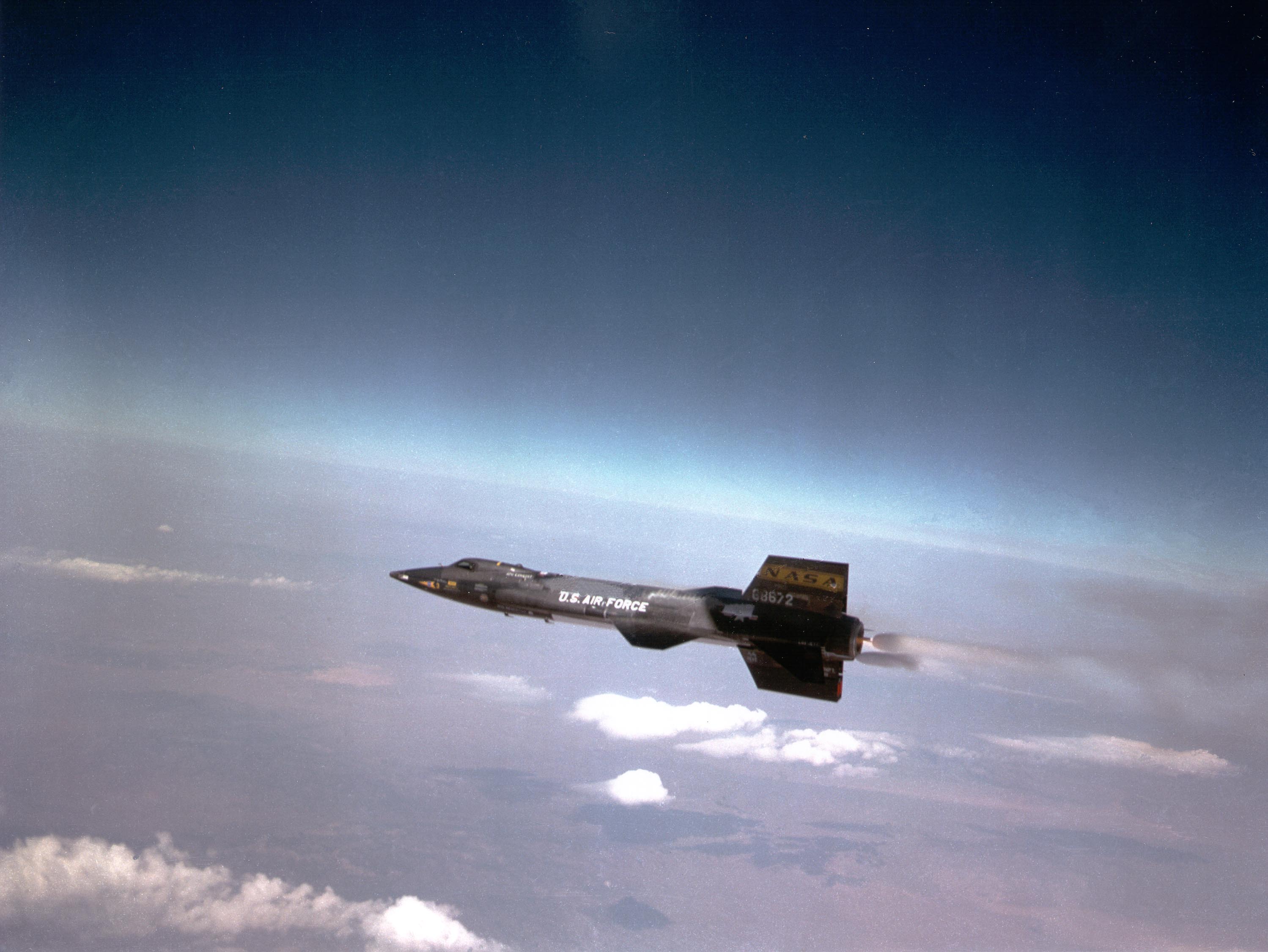 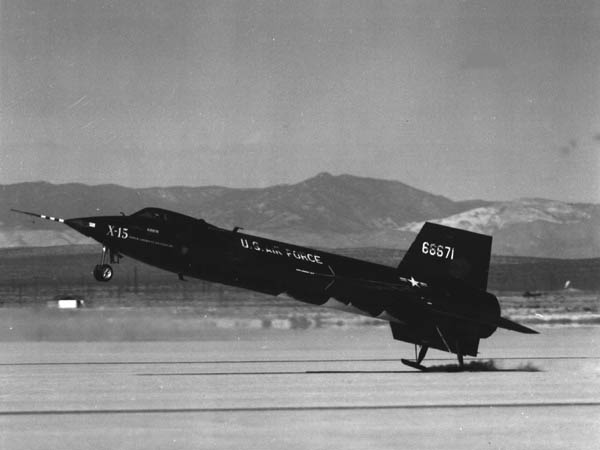 Fantastic news! Another super-weapon that the US and Israel will use to defeat the Russkie S-400 and Syrian/Iranian S-300!

ABORTION RIGHTS IN GOLAN! AS IN RUSSIA! Don’t worry about pro-choice S-400. https://www.reuters.com/article/us-iran-population/iranian-parliament-bans-vasectomies-in-bid-to-boost-birth-rate-idUSKBN0GB15Z20140811