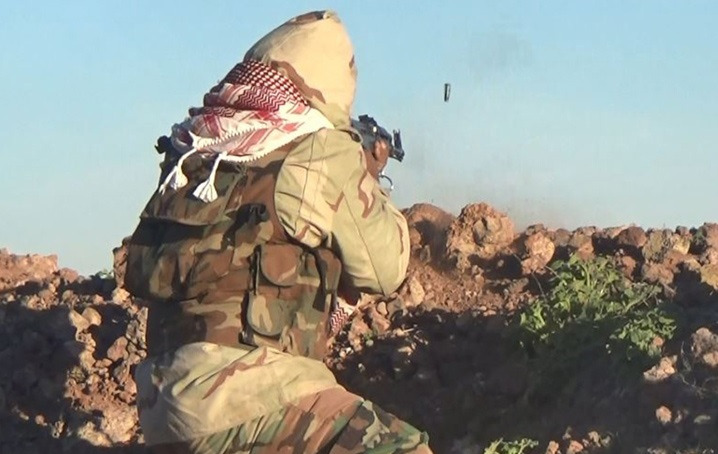 On June 25, five fighters of the US-backed Syrian Democratic Forces (SDF) were killed and many others were injured when they were ambushed by unidentified gunmen in the northern countryside Deir Ezzor.

The fighters came under attack as they were passing in the town of Jazrat al-Milaj. Their vehicle was targeted by the gunmen with light fire arms.

The London-based Syrian Observatory for Human Rights claimed that the ambush was carried out by ISIS cells. Nevertheless, the state-run Syrian Arab News Agency said that “local factions” were behind the ambush.

This was the deadliest single attack against SDF fighters in Deir Ezzor this month. The US-backed group is yet to comment on the incident.

ISIS cells have been very active in the SDF-held part of Deir Ezzor. Arabs in the region are also displeased and frustrated with the Kurdish-led group. Recent operations and initiative by the SDF failed to stabilize the region. The only factor keeping the region under the group’s control is the military support of the US-led coalition.

Because most of the time he appears to be the only source of information. Sometimes he tells the story and other times who knows. I think years ago they used to say he was the one man band that was a big supporter of the Syria rebel factions based in London. His reporting now seems to be a lot closer to the truth than years ago when it was just blatant propaganda for the FSA but of course one must take his reports for what they are. Better than nothing but not to be accepted as fact without credible corroborating sources.

Another nicely executed hit by “ISIS” and, by inference, well-planned.