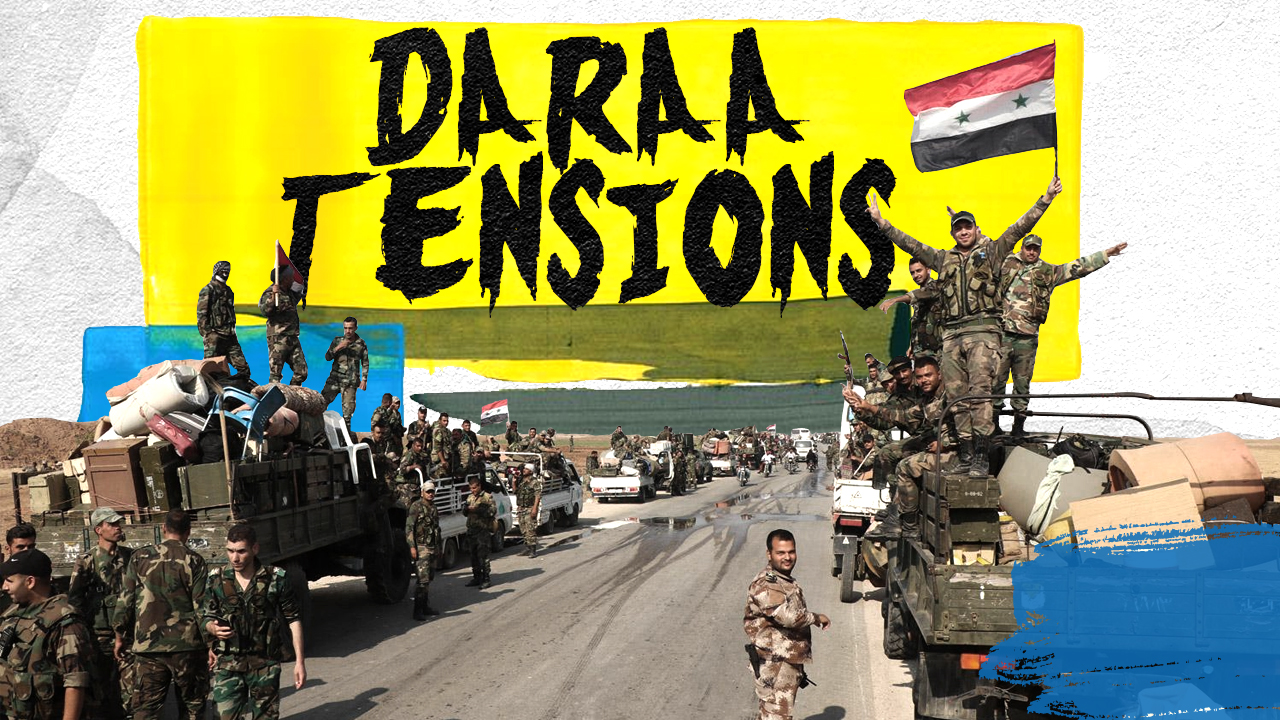 On July 28, the local negotiation committee in the town of Tafas in the western countryside of Daraa reached an initial agreement with Syrian authorities that would see a number of wanted militants being departed.

The agreement came following warnings by the Syrian Arab Army (SAA), who was about to kick off an operation to root out wanted militants from the town and nearby areas.

The SAA deployed a large, heavily-armed force in the outskirts of Tafas on July 27. On the same day, the army began to target positions thought to be held by the wanted militants with mortars and heavy machine gun. The shelling claimed the life of one and wounded at least three others.

During a meeting in Daraa city on July 24, Syrian security officials handed over the negotiation committee in Tafas a list of wanted militants, who should hand themselves over or leave Daraa. The militants, who are believed to be responsible for attacks on civilians and government forces, have now accepted these demands. They will likely be departed to the northwestern Syrian region of Greater Idlib.

The Tafas agreement came following a series of attacks that targeted government forces and civilian supporters of the government in different parts of Daraa. The most recent attack, which claimed the lives of three policemen, took place just a few kilometers away from Tafas.

The last few years saw several similar agreements in Daraa. Hundreds of militants were departed from the governorate. Yet, the security situation there showed very little improvement.

Why let them go ? Have to fight them again later

Kurds are more popular there then Assads, Hesbollah and the Iranians. Kurds will be treated as Jews from Israel.