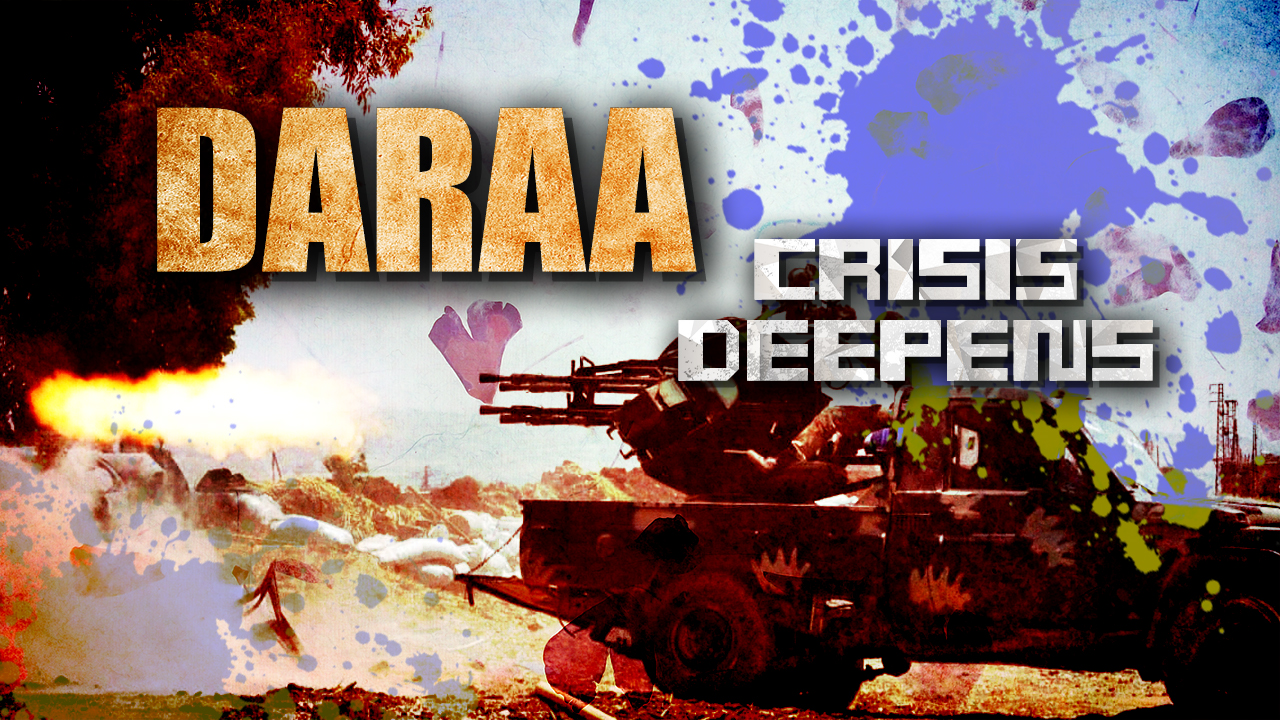 On September 3, the recently-reached reconciliation agreement in the southern part of Daraa city, known as Daraa al-Balad, collapsed.

The agreement was brokered by Russia only three days ago. Syrian authorities and local leaders in Daraa al-Balad both promised to fully implement the agreement, which was meant to end a long crisis and secure Daraa city.

The collapse of the agreement was announced by Adnan al-Masalmah, a spokesman for Daraa al-Balad Negotiation Committee.

“We informed the Security Committee and the Russian side that the residents of Daraa’s besieged neighborhoods can’t to accept the conditions of handing over weapons and searching homes or live with the presence of military checkpoints in their neighborhoods,” the spokesman said, according to the Horan Free League.

According the spokesman, the Daraa al-Balad Negotiation Committee had asked Syrian authorities and the Russian side to provide a safe route that would allow all the residence of the area to leave towards Jordan or Turkey.

Al-Masalmah held Iran responsible for the collapse of the reconciliation agreement. Opposition activists in Daraa have been accusing Tehran of inciting the Syrian authorities against them for a while now.

The crisis in Daraa al-Balad began more than two months ago when some 100 wanted gunmen refused to leave the area and hand over their weapons.

Syrian authorities have not responded to the demands of Daraa al-Balad leaders, yet. The authorities may agree to let everyone leave Daraa al-Balad. However, the Syrian Arab Army could also opt to launch a full-on military operation in the area.

This DAraa leader are working for ISraeli . they listning to zionist and blameing iran for this . and infact iran has niothing to do with this bcuz Russian are invloved. so this propoganda to blame iran is to incite people against SAA. This lies of Daraa terriost criminal and thier leader is to create choas between iran and syria.

Mullah biggest terrorist group in Syria they are scumbags. After Hezbollah terrorists .

You’re just an obvious no life loser troll. Your opinions reflect how desperate and pathetic you are.

Probably the agreement failed to be implemented because of terror threats made by affiliates of HTS, there has to be a better dialogue opined with these jihadists who are supported by legitimate parties around the World, only I can do that mediation role because my companions are in Heaven and only I know what’s going on. Allah know best (swt).

This goes to show how big a problem 100 armed men loyal to foreign masters can be. They want to go to Jordan or Turkey to get back onto the NATO mercenary payroll.

FFS stop talking to those Apes and start killing them.

What a strange coincidence that this aggreement included assurances that Russian military police would maintain patrols and checkpoints to bar Iranian-backed militias from entering Daraa. That Syrian “moderate” Sunni rebels would have identical goals as the Israeli right wing Govt. Its almost as though you would think they are working hand in hsnd. And now they changed their minds? Carpet bombing is surely the most humane solution.

Those left armed in Daraa are simply townsfolk who refused to be butchered by mayhem Maher. They are moderate in the sense that they wish to survive. In all this factionalism one mustn’t forget that these are ordinary people trying to survive. They couldn’t care less whether the bullet that kills them is Syrian, Russian, American, Israeli, Iranian or or or. Armchair debates aside. Go to Syria and see for yourselves.

Clearly zionist supported terrorists … better to wipe them out now rather than let them continue to harm Syria and her people. TEP.

Daraa showcases the dilemma regular people in Syria are in. The refusal to hand the town over to the regime was a decision to save lives. The Syrian regime of Bashar al-Asad &Co tried to pressure them into surrender by sending the infamous “4th division”, a real band of butchers. They didn’t budge. The idea to evacuate to Jordan has been around for some weeks now; I’ve heard that from Syrian friends for a while. I’m glad that the Russians are there now too. Some think their presence makes no difference, but I think they’re the only ones that can prevent slaughter, so I have some hopes they will support a peaceful solutions. While Russian airplanes are bombarding militants in the North, Russia will have little interest to stand idly by while Maher’s thugs slaughter their fellow Syrians. Especially so in view of potential post-Bashar relations. This really is about citizens wishing to survive. No more, no less.