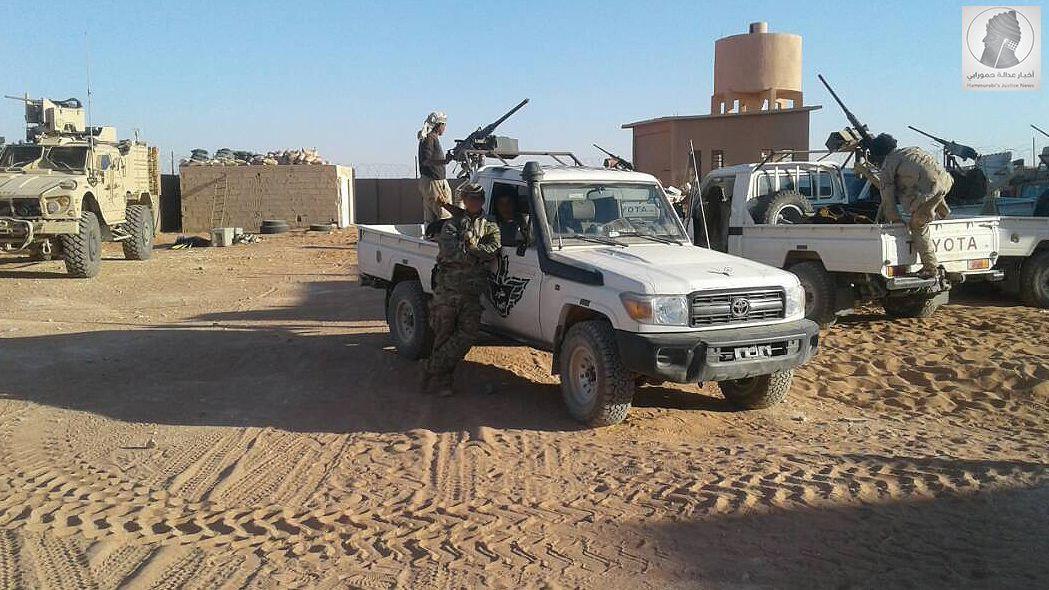 On October 17, officials in the al-Rukban refugee camp told Reuters news agency that the Damascus government has approved a U.N. plan to deliver humanitarian aid to the camp, which is located near the Syrian-Jordanian border. According to the officials, an aid convoy will enter the camp on October 25.

Syrian opposition sources accuse the Damascus government and Russia of besieging the al-Rukban camp. However, the camp is stationed within the 55km de-escalation zone around the US-led coalition base in the area of al-Tanf, which government forces are not allowed to enter.

Last month, local sources reported that the Damascus government and tribal leaders from the al-Rukban camp have reached an initial agreement to solve the humanitarian crisis in the camp. The agreement would have allowed the refugees to leave other parts of Syria. However, the evacuation is yet to begin, likely due to the oppostion from the U.S.

Russia has repeatedly stated that the U.S. is responsible for the humanitarian crisis in al-Rukban because the entire area is under its control. Washington likely believes that the refuge camp boosts “legitimacy” to its military presence in al-Tanaf.

Are Syrias authority sure , that this aid is for refugge camp and no for islamist ??

mulsims are refugees from the terrorist armies of the West too

Again strange biasing. If the up to 70.000 from the Eufrat Valley are and where as You descriebe at all, Assads had lost in Sothern Syria long time ago or ISIS has lost Eufrat Valley much faster.

How can You ever write some dirt like that.

No doubt many had fled from ISIS held Euphrates area previously. And the US is not allowing anybody to leave yet, as the article states.

No, this bunch came from Dar’aa into Jordan who sent them back into Syria because the Jordanians couldn’t handle anymore refugees. The US won’t let them leave on their own because they lack transportation. I wouldn’t be surprised if the majority of the refugees are displaced farm workers from the northeast that were the first ones to start protesting against the Damascus government in Dar’aa back in 2011. They left the NE due to the prolonged drought that put them out of work with hopes they’d find employment in the SE. They found little work and Damascus did little to help them out so they started bitching about it. Unfortunately the situation went to Hell from there. They may be worried about getting rough treatment from the Syrian government on they leave the camp?

I partly can confirm that. They certainly dont like Assads at all.

Lol you’re like a poor man’s Tommy Jensen, did you seriously just accuse someone of bias?

Facts are no bias. You are bias writing like that.

All humans are biased, only fools and liars ever claim they aren’t. Facts form truthful biases for those who can interpret them appropriately, unfortunately people like you ignore or outright contradict them to conform to your existing biases.

Its not the point at all. Its about feeing civilians, which never would go with Assads.

In those matters they are just like many million of others.