In the Syrian capital, they awaited from Vladimir Putin’s speech the beginning of a revival of the country, drained and tormented by war. 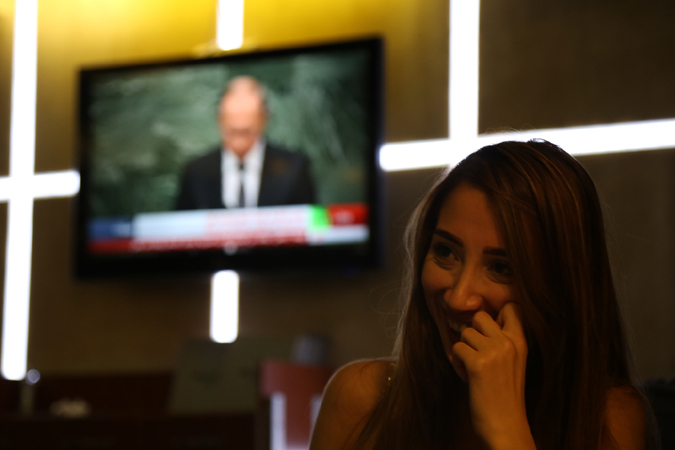 Originally appeared at Kp.ru ; authors:translated by Carpatho-Russian exclusively for SouthFront

Two years ago in early September, in the cafes of Damascus no eastern music was heard. From all TV screens, alternately Vladimir Putin, then Barack Obama looked out at the viewers. From the latter, they expected the beginning of the end of statehood of Syria. The President Obama then addressed first the US Senate, then his nation, then the world community, trying to explain the need for aerial attacks on objects of military infrastructure of Syria. At that time, it was only thanks to the efforts of Russian diplomacy that it was possible to avoid a terrible catastrophe. However, for the Arab Republic and for the entire region as a whole, the events that followed turned out even more tragically. The cancer tumor of “Islamic State” began to metastasize, cutting off half of Syria and a part of Iraq. And declaring its claims for a universal caliphate. It is difficult to find anyone in Damascus who would not accuse the USA as a whole, and Obama in particular. Therefore the almost 45-minute speech of the American leader in local cafes was watched with the sound turned off. 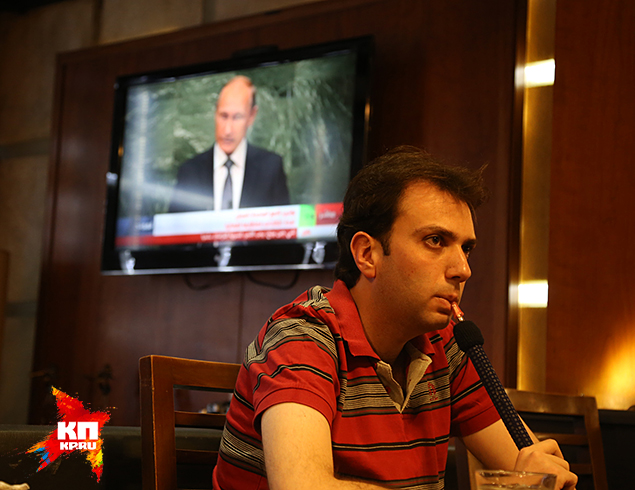 For the speech of the President of the Russian Federation, the manager turned the volume to the maximum.
Photo: Alexander of KOTS, Dmitry STESHIN

In the Syrian capital, they awaited from Vladimir Putin’s speech the beginning of a revival of the country, drained and tormented by war . However, the situation in the city has seriously changed in recent years. Cafes in the old town empty out by six o’clock, and on screens it is Obama as before. When darkness approaches here, it is possible to easily find oneself under mortar attack from the Dzhobar region, seized by the fighters. And here in the Mazza region, in one of the cafes, in front of big screens, filled with people.

For the speech of the President of the Russian Federation, the manager turned the volume to the maximum. Journalists from local channels began to scurry around, and only a flock of glamorous Syrian young ladies continued to pick their Smartphone screens with their manicured fingers. The translator took in our views:

– “They will be married soon, and politics is the business of men.” 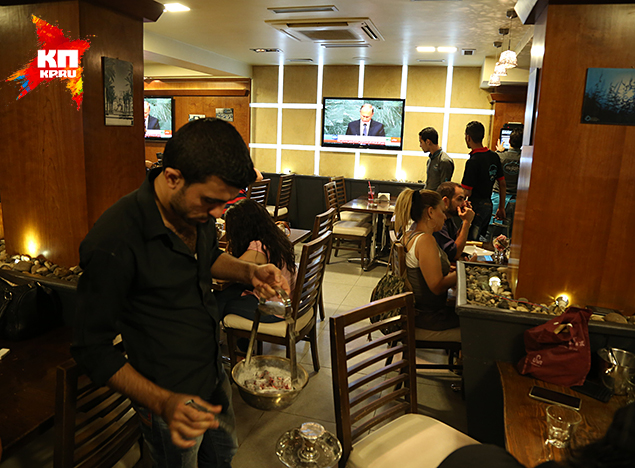 In the Mazza region, in one of the cafes, in front of big screens, full of people.
Photo: Alexander of KOTS, Dmitry STESHIN

Men are interested in politics like there’s no tomorrow, and [enjoy] a hookah with a brazier, while not reflecting for a second, as he explained the international situation to us:

– “I looked both at Obama and at Putin. And the speech of my president very much fell short for me, although it is dangerous for him to go to the USA. Did you pay attention, that they all say something different? Obama says one thing, and Putin something totally different. No agreement on even one important question. There will probably be a major war in the east, very major.

– “Certainly, all of us anticipated that Vladimir Putin would announce direct military support of Syria with his troops”, admits a young man, Mazin, exhaling fragrant tobacco smoke. “But we all understand that he will not act as the USA does, bypassing international law. Therefore the initiative about convoking the Security Council to coordinate the fight against terrorists looks quite logical. At least, hope has appeared among us.” 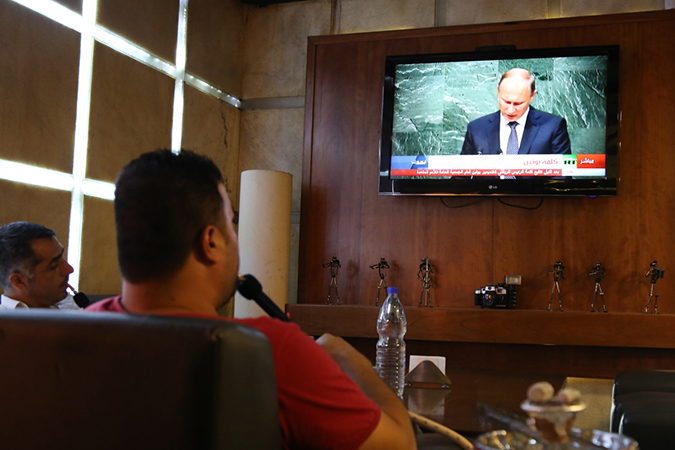 Bravo Russia, thank you from Greece for us and the poor and brave Syrians. I hope this is just the beginning of your support.

I watch this speech not only hopeful for the Syrians but for every person in the World. Love and respect from Zhuhai, China.