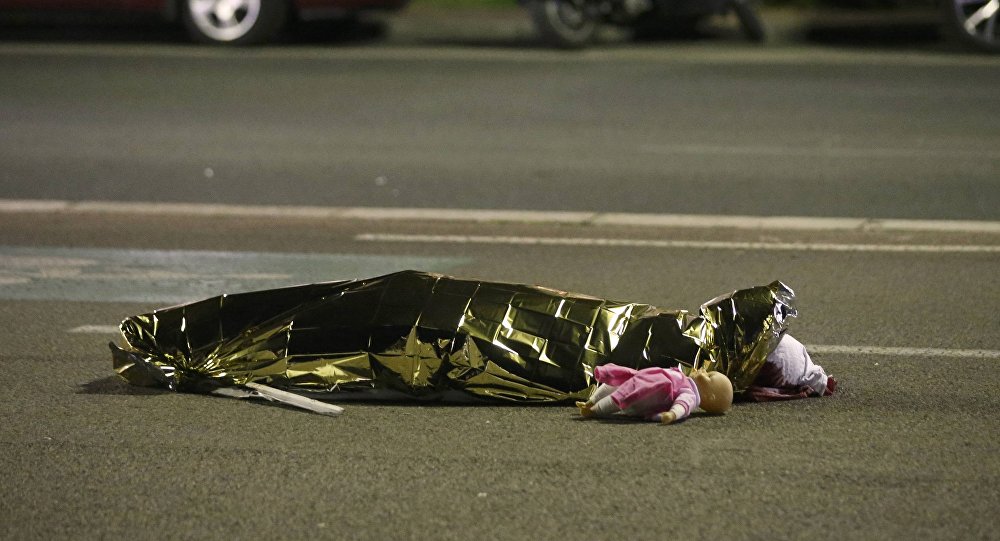 The French interior minister, Bernard Cazeneuve has said that no links have yet been established between the ISIS terrorist group and the Nice attaker.

Cazeneuve suggested to that the attacker, Mohamed Lahouaiej-Bouhlel, 31, was radicalised too quickly. This is why he has not been picked up by French authorities.

“We cannot exclude that an unbalanced and very violent individual” [has been] through a rapid radicalisation, committed to this absolutely despicable crime,” he said to France’s RTL radio.

Daesh has claimed the responsibility for the truck attack in Nice at the night on July 14, Jazeera TV channel reported on Saturday.

According to Al Jazeera, the statement by the terrorist group was made via their own media.

At the night on July 14, a truck crashed into a crowd of people celebrating Bastille Day in Nice. At least 84 people, including children, were killed and dozens of others were injured. Police shot dead the driver. According to documents found inside the truck, he was a 31-year-old male resident of Nice of Tunisian origin. It still remains unclear whether he had any accomplices.