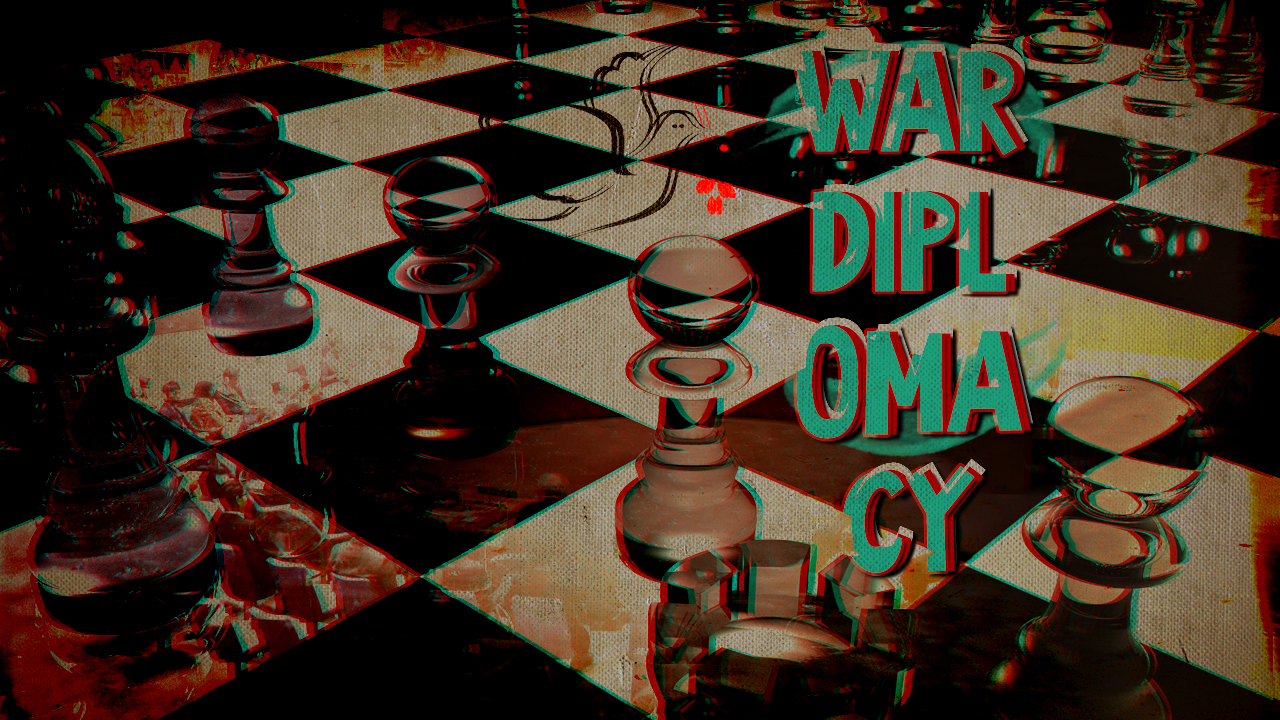 The Russian Foreign Ministry declared 20 Czech diplomats personae non-gratae. They must leave Russia before April 20. The decision was made after Czech officials expelled 18 diplomats to Moscow.

On April 17, citing allegations of the involvement of the Russian intelligence in a blast at a military depot in the Czech Republic that took place in 2014, the Czech government ordered 18 Russian diplomats out of the country during 48 hours. Initially, the blast was thought to be an accident. The Czech special services considered that employees of the Russian special services were working under diplomatic cover.

At the same time, the alleged employees of the General Staff of the Ministry of Defense, Alexander Petrov and Ruslan Boshirov were put on the wanted list. According to the claims by Czech officials, in 2014 they came to the Zlín region, where the ammunition depot was located.

British intelligence suspects Boshirov and Petrov are already famous for their alleged involvement in the poisoning of Sergei Skripal and his daughter.

The new information about the alleged Russian involvement in the blast of the military depot appeared 7 years after the incident and it is exactly when the Czech Republic is to open a tender for the construction of a new power unit.

“The participation of the Russian state corporation “Rosatom” in the tender for the construction of a new power unit of the Dukovany nuclear power plant in the south-east of the Czech Republic seems to be unlikely” – Czech Minister of Industry and Trade of the country Karel Gavlicek said.

Among other candidates there are the American-Canadian company Westinghouse, the French EDF and the South Korean KHNP. Last month, Prague with support from Washington refused China General Nuclear Power to take part in the tender.

“The decision on the tender for Dukovany depends entirely on the Czech Republic. But we urge the government to launch a transparent selection process that prioritizes national security. ” – US Embassy in the Czech Republic reported.

In early April, the US embassy in Prague stressed out that Russian participation in the project is not welcomed, citing US Secretary of State Anthony Blinken. He has previously stated that Moscow and Beijing allegedly use access to critical resources of the White House allies, in order to put pressure on them. US Department of State also supported the Czech decision to expel Russian diplomats.

The transparent selection process is not like that anymore.

On April 15, the US expelled ten Russian diplomats, also claiming that allegedly there were representatives of the Russian special services.

In response, US Ambassador John Sullivan was advised to go “home for consultations.” In fact, the Russians authorities are expelling the American ambassador. 10 American diplomats were also expelled from Moscow.

The expulsion of diplomats is nothing more than a demonstration of dissatisfaction with the mutual relations between the parties. At the same time, amid all the recent development, including the tightening of military rhetoric, increase in the military presence along the borders, this is a one more signal that the opposing sides are preparing for war.

-The Ziocorporate globalist NATO/EU terrorists: We supported Chechen terrorist separatists and KLA Jihadis, dismembered Yugoslavia and bombed Serbia, used your Russian airspace that your opened for us to invade Afghanistan after the 9/11 Zioterrorist self-attacks, instigated Georgia into war with Russia, turned EUkraine into a NATO satellite complete with an outright massacre in Odessa and yet another massmurderous war on Russia’s border and sanctioned you for it; and we’re gonna be taking Belarus the moment Lukashenko blinks. But we’re really good business partners, and need some gas, you know.

-Putin: When do we sign the Nordstream33 contract? But if you expel my diplomats I’m gonna get real tough and expel a proportionate number of yours.

Unfortunately, Russia doesn’t have the resources to put out all the fires the US starts. But it does have other tactics to wear the US down considerably over time, and thus make the US efforts a wasted exercise.

Nordstream 2 frustrates the US as the EU becomes semi-dependent on Russia. And if they cancel then Germany becomes liable for the full reimbursement.

Note to self: Cancel that trip to Prague and Bohemia.

Prague are full of thieves not only pickpockets also with high prices.

Czechs are very corrupt people and and are irrelevant in terms of any capacity. Russia should just break all relations and expell all the diplomats who are really working for western intelligence agencies anyway.

The Czechs and Poles are the worst of the eastern European vassal states. Czechs are also the most immoral people and in Prague, every woman is to sale and every male a pimp.

Yes, they have sold themselves to the besst.

Their beer is overrated anways.

I really like the taste of Pilsner, but they give me a stomachache so I don’t drink them.

This whole ammunition explosion story is strange.if Eu serious which ı am doubting considering their hyprocrisy and high trade volume with Rf,biometrics should be mandatory for any visa application from countries hostile to the EU/NATO.

Every passport should be checked for Jew saboteurs. Mossad has been using western passports to commit crimes and false flags from Dubai to Moscow. The Iranians should also be extra careful as Mossad has used UAE, Australian, NZ and Canadian passports. A hooked nose test should be mandatory at airports.

İt will be great indeed.However,Eu can’t apply strict visa policy to İsrael and Russia.Usual trade-off will happen behind the closed doors.

Lots of Israeli women getting plastic surgery for that hooked nose issue. A more reliable test is necessary.

If russia wins the war (inshallah they do), they pretty much will be new rulers of earth at that point

Rhodium 10
Reply to  Assad must stay

Ukraine army officers will defect in few hours…they know that once the war starts NATO will never attack Russia and therefore Ukraine army will be devastate!

Some of them will even commit suicide, because what is coming then is terrible.

The Donetsk People’s Republic fighters need to liberate all the Black Sea Coast and Ports, and then Ukraine will die automatically. Mariupol should be a natural first target.

It must be disconcerting to see from the outside, the level of servility that the governments of Western countries show these times, getting all the possible disadvantages for it is faithful to their owner, even when the latter is a demented old disabled.

Seen from the inside by those who live in the West, it causes embarrassment and anger towards losers without honor they are bringing their countries to the ruines.

Russia does nothing but play tit for tat, the same applies to China, the luck of the world in this historical moment is that on the other side of the curtain there are two serious people like President Putin and President Xi, who think First of all at the well-being of own nation, if in their place there were corrupt fools like the rulers of Western countries, it would be over in a race of nuclear shoots.

That East European countries are under a Plutocracy who sold their industrial complex and now that countries live of EU alms and the economic remittances of emigrants living in rich countries. and working as cheap labour.

The sun is setting in the West. The sun is rising in the East. A new balance is restored.

I guess Czech government is not that great in thinking beyond coke bottle lenses.

First is the US embassy in Prague issuing a statement indicating they were not happy with Russia or China being a potential contractor.

So this was a classic case of necromancy of a dead issue to justify expelling diplomats. In light of increased anti-Russia sentiment.

Either they were intimidated, blackmailed with compromising videos or bought and paid off.

Czech Republic was never independent, they were always a vassal colony to Germans, Austrians, Hungarians, Poles, Russians, now Americants. They say jump and Czech trolls ask how high. Servitude is in their genes… How effed up of a toy county you have to be if Slovaks whom are genetically and culturally basically the same people leave you and form another country… Like it happened in 1993 when Czechoslovakia separated to the Czech Republic and Slovakia.

Im from Slovakia and i can tell you: the separation tendencies were as strong in Czech also (between the elites that is, not common people) .. And lets not forget, that in 1989 not only USSR was sold to the west – all eastern Europe block was sold as well.. And it was decided in Washington or London that Czechoslovakia will be separated – fortunately we have managed that without bloodshed similar to Yugoslavia… Since than, both countries are essentially western colonies with very little sovereignty left..

Correct they are a non country and should not have their own.

People of Prague revolted against removing of a Russian soldier’s statue, that liberated the city, and they succeed, and now this? What could it be? Democracy in its truest form! Orders from zionists and CIA,Washington that needs to be blindly followed.

If the Czech leadership was not blinded by the US , the Czech’s would be able to see the disaster that befalls their country.

opposing sides are preparing for war.

so keep on sleeping.but it wont make a difference.

Nothing new for eastern-yuropean catholicised pussies under german/austrian overlordship. Königreich Böhmen, Reichsgau Sudetenland, Protektorat Böhmen und Mähren, and so on… Krauts know best the most exported product of their ESE neighbor: prostitutes. Polacks aren’t much different. Now they’ve got their new found pindo master to order them around.

The Czech People have forgotten their roots, their origins. They have become tools, Slavs in name only.

Well the reality is that it is true that Russia secret services killed their operative in European grounds.Wich it is against international laws in special if you kill with Nerve Agent on foreign land. The nerve agent is really extremely powerful. To produce something like this is only available to Governments. This type of formula only 100 people in the world know about, and that people are in extreme surveillance for the rest of their life. If they believe that this scientists are going to divulge the formula they are going to be executed on the spot, they have implants on them .. Only high state officials have access to nerve agent. So yeah Putin was involved in this operation. About Czechs I believe that the same people wich they were involved in nerve agent killing in UK they sabotaged the Military. There’s Video evidence of them being in Chechia the same person like in UK. So yeah they blow up their cover . Now their are never going to be able to travel nowhere in the world. In special with the new technology of face recognition and assessment

Seems Czech started to wash their hands now. According to their gov ammo in depot was not Czech but it belonged some Bulgarian businessman, hence this is no longer act of state terrorism after all.

Hi from the Czech republic. Government and people its 2 different things. Sometimes it’s very different I like Russia a lot. It’s all about Dukovany. Nothing else. And I would like to tell those, who talked about Czech women . As Putin said : who says something bad about someone, is himself that.