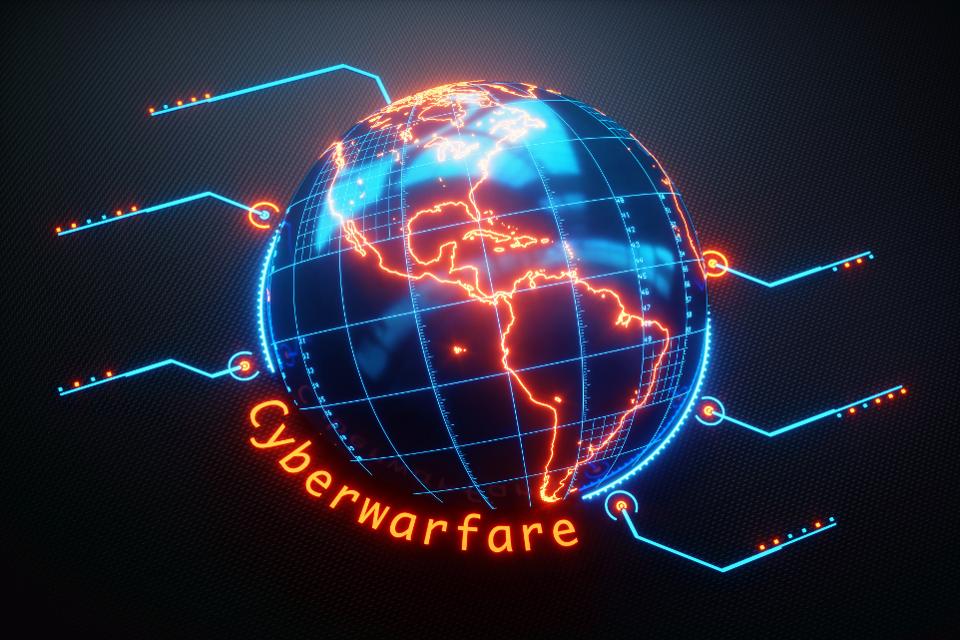 Israel claimed Wednesday that it had thwarted a cyberattack by a North Korea-linked hacking group on its military industry. The Defence Ministry released a statement claiming the attack was deflected ‘in real time’ and that there was no ‘harm or disruption’ to its computer systems. However, this claim has been contradicted by experts familiar with the facts.

Security researchers at ClearSky, the international cyber-security firm that first exposed the attack, said the North Korean hackers penetrated the computer systems and were likely to have stolen a large amount of classified data. Israeli officials fear the data could be shared with North Korea’s ally, Iran.

The episode adds Israel to the list of countries and companies that have allegedly been targeted by North Korea’s hacking unit, known to private security analysts as the Lazarus Group. US and Israeli officials have claimed that the Lazarus Group, also known as Hidden Cobra, is backed by Pyongyang.

In 2018 US federal prosecutors claimed that the group of hackers was working on behalf of Lab 110, a North Korean military intelligence unit. The complaint they were investigating accused the group of playing a role in North Korea’s devastating 2017 ransom ware attack, known as ‘WannaCry’, which paralyzed 300,000 computers across 150 countries. They have also been accused of being behind the 2016 cyber-theft of $81 million from Bangladesh Bank; and the crippling 2014 cyber attack at Sony Pictures Entertainment that resulted in the leak of executive emails and destroyed more than two-thirds of the studio’s computer servers.

Though the group’s track record is mixed, North Korea’s growing army of more than 6,000 hackers has grown more sophisticated with time according to US and British officials tracking the group.

In a report published last April, officials at the State Department, the Department of Homeland Security, the Treasury Department and the F.B.I. accused North Korea of using its digital activities to evade sanctions and generate income for its nuclear weapons program. The report also accused North Korea of hiring out its hackers to other cybercriminals and countries in what has been called ‘hacking for hire’.

Israel has been fighting an escalating cyberconflict with Iran in recent months. Israel said it foiled a cyberattack on its water infrastructure in April. Two weeks later Israel launched a cyberattack against Iran’s Shahid Rajaee port facility that knocked its computers offline and temporarily disrupted shipping traffic.

With regard to the latest attack targeting Israeli’s defence industry, an Israeli security official said there was concern that the stolen data would be used not only by North Korea, but by Iran.

The operation began with a LinkedIn message last June, ClearSky researchers said. Hackers posing as a Boeing head hunter sent a message to a senior engineer at an Israeli government-owned company that manufactures weapons for the Israeli military and intelligence.

The hackers created a fake LinkedIn profile for the executive head hunter, Dana Lopp. Ms Lopp was one of several head hunters from prominent defence and aerospace companies — including Boeing, McDonnell Douglas and BAE Systems — whose accounts the hackers mimicked.

After establishing contact with their Israeli targets, the hackers asked for an email address or phone number to connect via WhatsApp or, to increase credibility, suggested switching to a live call.

At some point, the hackers asked to send their targets a list of job requirements. That file contained invisible spyware that infiltrated the employee’s personal computer and attempted to access classified Israeli networks.

ClearSky said the attacks, which started early this year, “succeeded, in our assessment, to infect several dozen companies and organizations in Israel” and around the globe.

The hacking campaign was a notable step up from a previous attempt to hack the Israeli military industry last year. In 2019, ClearSky reported a somewhat clumsy effort by Lazarus to break into an Israeli military corporation’s computers by sending emails in broken Hebrew that were likely written with electronic translation. The emails immediately aroused suspicion and the attack was stopped.

The hackers, thought to be from North Korea, appear to have learned their lesson and in mid-2019 began using LinkedIn and WhatsApp to establish contact with military complexes in the West, attacking aerospace and weapons companies in Europe and the Middle East.

ClearSky researchers said that in the latest attack North Korean hackers made it further into the Israeli networks than officials let on. They added that the better corporate security becomes, the more nation-states and cybercriminals will try to target employees’ directly via social media and email phishing attacks. LINK

Oh yes, sending doctors in neighbor countries is a crime.

Creative not incriminating. Those words sound similar but have different meaning.

Just a re-branding: AQ to DAESH, JaN to HTS, OSI to CIA…

Yeerrh and facts to dirt.

Jensy, did you see the photo of Zbiggy B. with “Taliban”? My “Intel inside” remember this.

Had for a short while. Actually they had not. Even so they armed them well.

Maybee Your memorylack can be repaired. Its not the first time.

Im not the one on LSD and blackouts, Jens…

Maybee Your helpers are.

I’m protesting! Koreans, how so? Why not elite hackers from the Kremlin?

Neither. Iranians. All Your Base R Belong to us!

No, no, no! This is our cow, and we are milking it! Say it to chinese guys.

State Dept said it was Kremlin! Don’t you believe to this most trusted source?

Of course, of course! But only on Sundays :-)

Should we trust Tel-Aviv at Shabbat (Saturday)?

There are no Jews in Tel-Aviv on a Saturday, only Pharisees. So … No!

I old Wargames they dont play chess. There are no winners.

Haha. Some old Chinese King plundred his own people down to the griund and was asked why.

They would work harder, he said.

Yes, Washington want you to work harder for freedom and democrazy in Everystan with oil.

I found You at the internet:

They seemes to have indications for it.

And most cyber attacks from Russia are not from Kremlin. Its a lot like that in the rest of the world. Private with good and bad intensions can fo too much of that.

It seemes You have sold half of You brain. This is nothing to do with USA saying thos and that but general facts.

You probatly trust Trump more then the Americans do as well:)

My half-brain works well, because “Intel inside”, Jensy. Trust to Washington or be punished!

Why not elite hackers from the zioracist garbage dump itself?

He has been hacked himself, but maybee excused as a Win95 Intel premium two not updated years.

I had one once. It played Age of Empires 2 very well. Very good for the past.

We are coming for you shia terrorist scumbag.

Like you did in 2006, and got you a$$ whipped so badly you had to beg for mercy. Yeah baby, go back to Lebanon with your Hollywood army and Dad’s Army reservists. ROFLMAO ???

That is what you zionazi scum are aiming for. Unfortunately, your Hollywood army is a bunch of chickens that can only take on defenceless civilians and children, a specialisation honed while staying away from the real battlefield and face a real opponent.

If your zionazi “government” would have been serious and known its swamp rats could have taekn on Hezbollah, it would have attacked a long time ago. All they can utter is bluster while counting on trash like you to spread the word.

ROFLMAO, bunch of pu$$ie$ making up a make believe Hollywood army – Sayyed Hasan Nasrallah was spot on with that epithet. ? ? ?

Keep it up for those wet dreams, kiddo. Bwa ha ha ha.

Bring all your Hezbo fighters, so we can kill them easily. After that, SL will be cleansed from you for good!

Sure baby. Don’t forget: keep it up for your wet dreams. ROFLMAO ?

Tell me just one thing, why your brave Hezbollah hasn’t responded so far like they promised? I was already getting excited to wipe you all out. Now we have to wait.

Why are you so impatient? You should do some other exercises than wet dreams to learn some enkrateia, it’ll serve you with your women too. Oh I see, you’re over the top, you’re in Dad’s army among colleagues who have to get it out.

Good, I hope he responds! You think it will be 2006 all over again, where you shoot rockets on Israelis and the people around Lebanon walk freely. We are going to destroy your country, we are going to burn you to the ground, and especially we are going to remove every fucking shia we see from this earth. Also, it won’t be 10K soldiers like the last time, oh no buddy, we are coming for you in bigger number on day one. Get ready, mercy time is over for you.

No, today is not 2006: Sayyed Hasan Nasrallah has 150,000+ precision missiles at his disposal, enough to turn that suppurating cancerous boil into a lovely parking lot. ROFLMAO.

And that is what scares the living daylights out of you zionazi lot: Hezbollah is not defenceless lot. It chased your Hollywood army out in 2000, redux 2006, next it will be a total destruction of your cowboys, incl. your very own Dad’s Army.

I do like your bluster though, just like your Führer, Satanyahoo: all talk, no marbles except if defenceless women, children, the hospitalised, and the elderly are concerned.

You won’t live enough to shoot 20% of your rockets, we will make sure of that. Now please, respond already so we can get rid of you for good.

ROFLMAO, the Hollywood army flexing its muscles, while its swamp rats are scared stiff not knowing when the response will come. Allow me to let you in on a secret if you promise not to tell anyone else:

Sayyed Hasan Nasrallah will be the one to choose the time.

Until then you’ll just have to hold your nerves. ROFLMAO.

All has to add extra control. It seemes too easy.

No damage happened, we are being attacked everyday thousands of times by cyberhacks but they can’t enter our well defended systems. Iran tried that too, and failed. Also NK should be careful, they are fucking with the wrong country.