As the world’s security situation deteriorates day to day since the onset of the financial crisis and wars and conflicts flare up all over the globe it is easy to have a pessimistic outlook and see hardship and struggle for all alike.

But is this so? 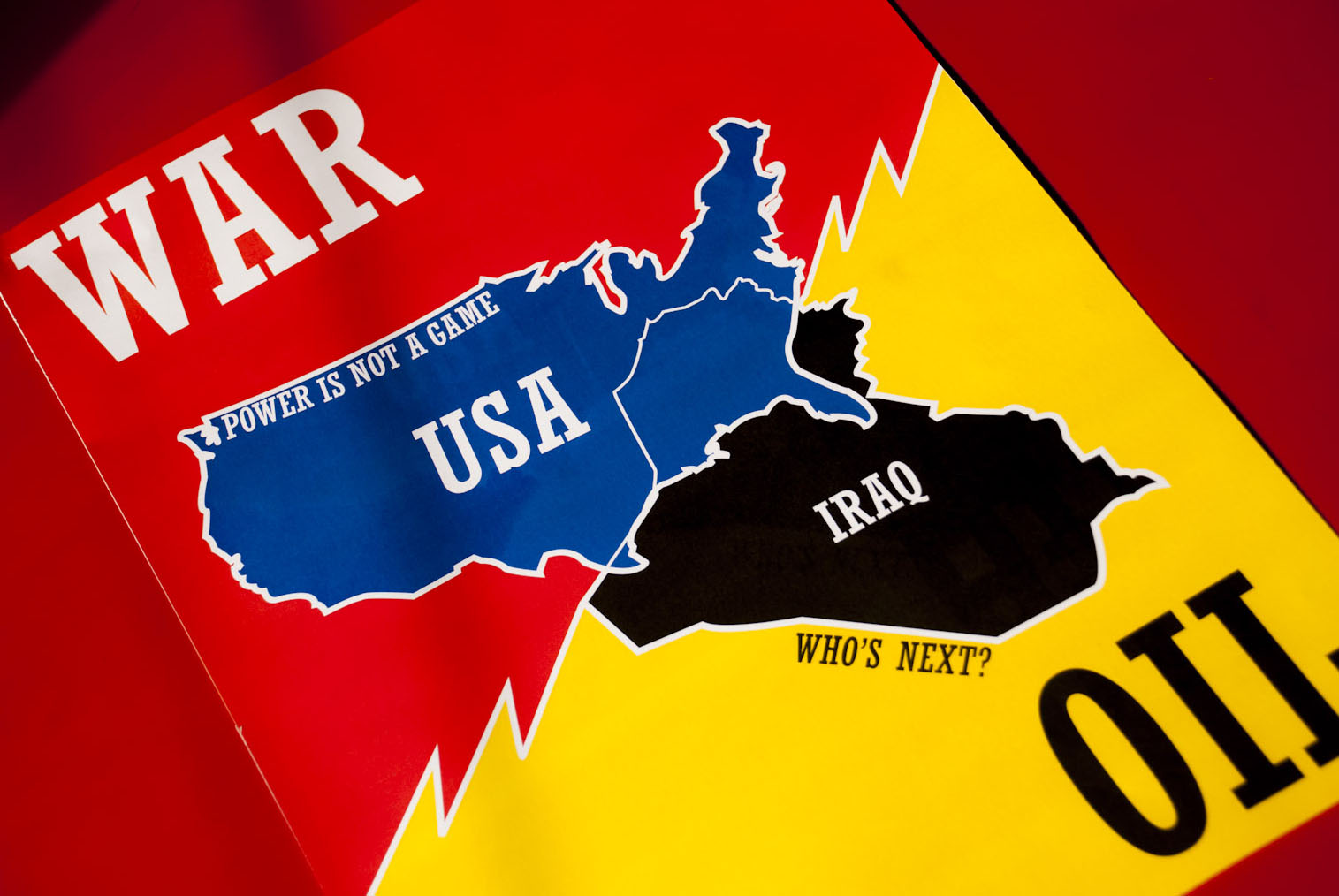 One’s dead is the other one’s bread and there are a number of players involved that can benefit hugely off the instability or outright conflict that we see. Those who stand to benefit will be reluctant to solve conflicts or even put fuel on the fire as a conflict starts to sizzle down. The status quo of a constant threat of all-out war without actually arriving to the point of all-out war is the name of the game.

The real danger that a tipping point could be reached where the world would be thrown into the next great war is often not enough of a deterrence, as history has proven time and again.

One of the obvious factors to look at is oil. The world today although frantically looking into alternatives is still largely addicted to oil. This makes the oil price an economic weapon, affecting net-exporters ever so different than net-importers.

The US , after a peak in oil imports in 2006 has been looking into various ways of achieving oil independence. Next to alternative fuel sources there has been an explosion in new techniques to produce more oil. Big investments have been committed into shale oil, shale gas and tar sands among others

And new production methods have made reserves that were deemed non recoverable suddenly recoverable….at a price.

The high cost of production means that the break-even price of a barrel of oil is very high.

Due to the sluggish economy the world oil consumption has sunk significantly and the oil producing countries would normally decrease production to keep the price per barrel economically viable.

Not Saudi Arabia though, as 14% of their exports are to the US they have no interest in seeing oil indepence in the US anytime soon. By pumping up enough to keep the prices low they effectively torpedo the effort of US ventures (and elsewhere)that invest in shale oil. Now the US would be able to twist the arm of the Saudis but why would they?

It hurts Russia much more.

The recent “sudden” willingness of the US to start talks with Iran that could lead to easing on the sanctions imposed on Iran is another piece of this puzzle. If sanctions on Iran would be lifted it will flood the oil market even more, some estimates go as low as $20 per barrel as bottom price.

Most oil producing countries would then be producing at a cost, Russia that has a high percentage of exports in energy export would be hit one of the hardest.

But there is another player in the field. China is now the world’s largest net importer and the low oil price gives China the opportunity to cheaply build and increase its strategic reserves….giving it much more political and economical influence, If China that shares a border with the world’s biggest energy exporter –Russia- would streamline those two energy markets and strengthen ties with Russia the block would very swiftly become dominant as far as market-influence goes.

The lobbying from the US to make their European allies diversify their energy imports away from Russia is one thing that might push Moscow and Beijing to the negotiating table.

The sanctions that the EU imposed, again with significant nudging from Washington hurt the recovering EU economies just as much as they hurt Russia, not Washington that never really had a significant trade balance with Russia. It especially looks like a bad idea for Europe as the sanctions are connected to what they deem the “illegal annexation” of Crimea, very well understanding that Crimea will not return to Ukraine….making the sanctions and thus the adverse economic effects de facto permanent.

Taking into account the negotiations on the so called BRICS-bank and the trade agreements pending or already in place between the big players in the East, one has the impression that Russia is not all that isolated as Washington and Brussels use to claim.

A reduction in trade and relations between the EU and Russia clearly benefits the US.

A new cold war situation will also significantly increase military spending in the NATO countries, benefitting all weapons exporters…well not all, China and Russia are not considered there…so mainly the US.

Eu energy independence from Russia will make the EU more dependent to other parties, in comes the US shale gas surplus.

If China and Russia increase cooperation they both will benefit, mostly at the expense of the middle-east  (not in the least Saudi-Arabia that covers 19% of China’s oil imports)

There does not seem to be any scenario where Europe stands to benefit significantly from the course they willingly follow the US in. The energy market will be less diversified as moving away from Russia will make them even more dependent on the US, giving the US the power to have major influence over the energy cost in Europe and with that comes influence on production and transport cost in Europe. If the US in the future will want to hurt EU exports in favor of their own…it will be easier to do so.

When supporting the US in this economic “war”, the title of the book that will be written about it after it is finished will sound along the lines of: “How we won the war and lost the East”.

Coincidentally, if the conflict turns into a hot war, Europe is the grounds where the bulk of the actual battle would be at…again.

A blueprint for Marschall plan 2.0 is probably laying around in some drawer somewhere….

Author: P. Dever is a freelance journalist and political activist he is a regular contributor to the South Front project.