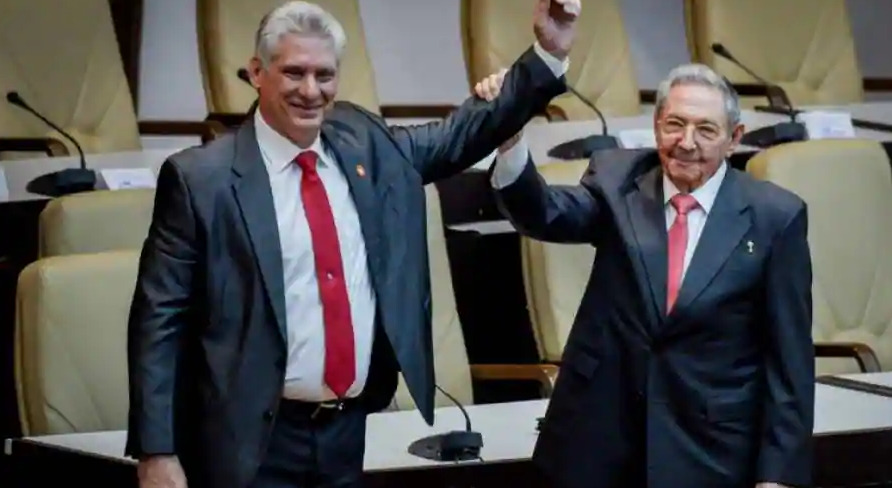 On April 19th, Cuba marked the end of an era – 60 years of Castro family leadership came to an end.

The final Castro is 89 years old and he handed the position of first secretary of the Communist Party of Cuba to Diaz-Canel, who is 60 years old.

Diaz-Canel has been president of Cuba since 2018.

Raúl Castro first appointed him vice president (of the council of ministers) in 2012, shortly after he himself had replaced his brother Fidel as first secretary of the party. It was the first real indication that Díaz-Canel was being prepared for power.

In the appointments to the Politburo, Raúl Castro has made good his promise to rejuvenate the leadership. Two veterans of the revolution, 90-year-old José Ramón Machado Ventura and 88-year-old Ramiro Valdés Menéndez, have retired with him.

The most significant new member is Raúl Castro’s former son-in-law, Luis Alberto Rodríguez López-Calleja. He runs GAESA, the business wing of the military that controls much of Cuba’s economy, building hotels and running financial services, supermarkets and imports and exports.

López-Calleja is said to wield huge influence. He travelled with Díaz-Canel to the United Nations and to Russia to meet Vladimir Putin. He was sanctioned by the US in September 2020.

Another new member is Prime Minister Manuel Marrero Cruz, believed to be a close ally of López-Calleja.

As Díaz-Canel assumed the role of first secretary, he told the closing meeting of the 8th Congress of the PCC that he would remain in close contact with Raúl Castro, continuing to discuss all strategic decisions.

“Comrade Raul will be consulted on the most important strategic decisions of greatest weight for the destiny of our nation. He will always be present,” Diaz-Canal said of Castro, as he accepted the new position.

This corresponds with his insistence that he represents continuity rather than any break with the past.

He tweets under the hashtag #SomosContinudad and the Congress itself took place under the banner “Unity and Continuity”.

Born in 1960, the same year the Castro family nationalized all US-owned property in Cuba, Diaz-Canel resembles neither Fidel Castro nor his brother Raul. He has 3 years of military service, unlike the Castros, Diaz-Canel is a bureaucrat rather than an olive-green-uniformed revolutionary. That said, he will make history as the first Cuban at the helm of the government and communist party not named Castro.

The name of those who guide Cuba is not important, the important thing is that it defends its autonomy and sovereignty, and that keeps the dirty hands of the Yankee imperialists away from Cuba.

The USadmin acts like a jealous control freak ex partner with a violent stalking problem. If they cannot have Cuba, noone will.

USadmins have ignored their local problems for the want of waging war elsewhere on the planet. They soon won’t be in a position to give orders and issue threats.

Cuba is as much part of the zionist NWO system, as is masonic Venezuela, or Iran, with their pyramid parliament building with 2×33 windows. Its all fake man:

‘Hammer, Sickle, Square & Compass The first thing you should know is that Freemasonry is a big deal in Cuba.’ https://www.exutopia.com/fidel-castro-the-curious-case-of-freemasonry-in-cuba/ https://steemit.com/nwo/@tinlin/the-amount-of-windows-big-and-small-is-33-on-the-iranian-parliament