If the losing of the war in Karabakh and the puppet pro-Western regime that does not want to surrender power were not enough for Armenia to dive into a deep crisis, there is another reason – the demarcation of the border line with Azerbaijan.

The Foreign Ministry of Armenia clams that the formal process of the demarcation of the border between Armenia and Azerbaijan has not started yet.

“Consequently, the implementation of the current measures does not concern status issues, cannot be interpreted as a final agreement on the demarcation and delimitation of the border or a mechanical approval of the existing administrative borders,” the Foreign Ministry said in response to request of Ombudsman of Armenia Arman Tatoyan to clarify the sitaution.

Nonetheless, the foreign ministry confirmed the deployment of the Azerbaijani military on the border and the ongoing work to establish a contact line there. Thus, taking into account that Baku will surrender zero of its sovereign land (Armenia has not recognized the Republic of Artsakh as an independent state) to Armenia, the developments on the contact line are in de-facto the demarcation of the border line.

What the Armenian leadership tries to do is to hide the real situation from the population behind loud statements and formal declarations. Since the very independence of Armenia and the first Karabakh War, Armenia and Azerbaijan have not conducted the demarcation of the border near the contested region.

Now, a large part of Armenian villages that local Armenians believe to be located inside Armenia appeared to be ‘inside Azerbaijan’ or at least located directly on the border with it. 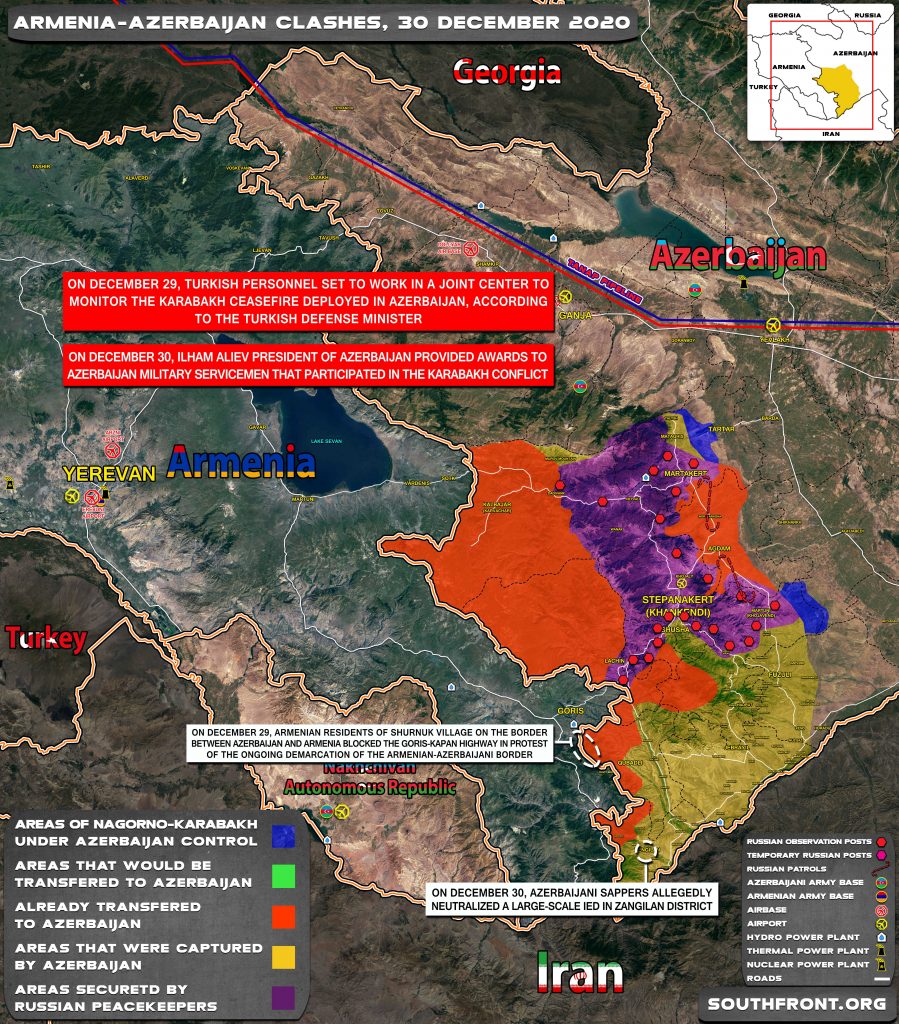 For example, the situation is now complicated near the area of Goris (Armenia’s Syunik Province). Just recently, Azerbaijani troops established a poster ‘Welcome to Azerbaijan’ on the Goris-Kapan interstate road. This move caused an outrage among the local Armenians. 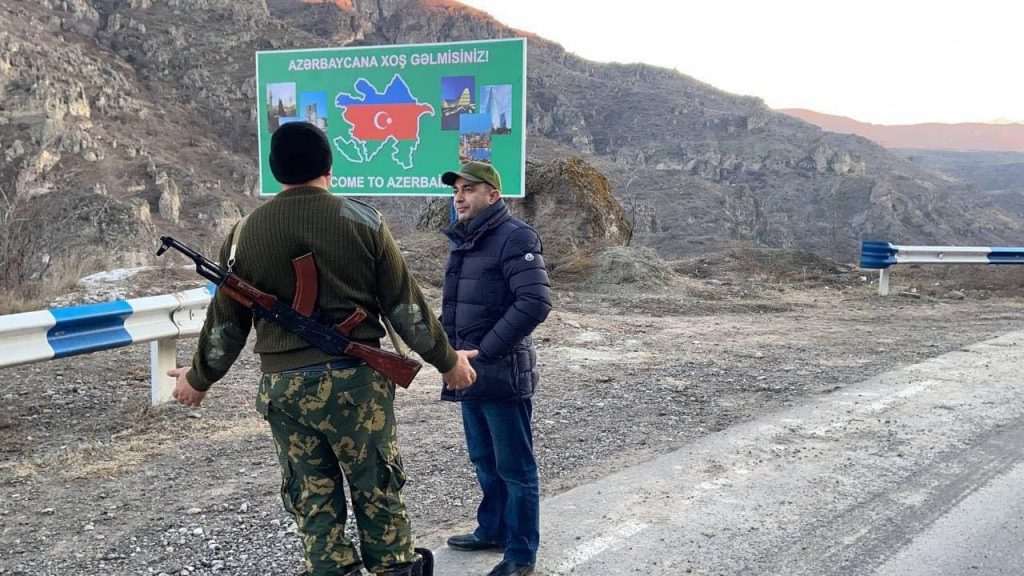 Earlier, the mayor of the city of Kapan (Syunik province) Gevorg Parsyan stated that there are three problematic directions in Syunik: the sections of the Kapan-Goris, Kapan-Chkaten, Kapan-Agarak roads, which in fact turned out to be on the territory controlled by Azerbaijan.

Additionally, Ombudsman of Armenia Arman Tatoyan declared that the ongoing processes on the border endanger Armenian villages near the contact line.

The withdrawal of Armenian forces from some key heights also led to a large-scale criticism among the Armenian society. Yerevan in fact left the situation at the mercy of the Azerbaijanis.

Meanwhile, the regime of Nikol Pashinyan is mostly concerned by its effort to fight back the opposition movement, prevent the resignation of Pashinyan (widely demanded by protesters) and delay the demanded snap parliament election.

Does Putin actually recognize Armenia with any defined borders? Putin ought to ask where Armenia’s borders are to Aliyev and Erdogan. They know. C’mon Russian dogs, Send more of your Natashas to lick ’em up good — these Azeri males worked hard for you: https://uploads.disquscdn.com/images/e50f6a8ae803224cef5c6f1eeaa8448e26ca976c68eb1efc5174ef607da74e84.png