Donald Trump is invited to visit Yalta, after the mayor expressed support towards Trump’s presidential candidature 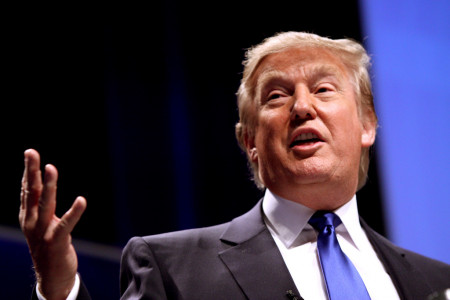 The mayor of the Crimean city, Yalta, invites US presidential candidate Donald Trump to visit Crimea and even promised to name a street after him.

‘’We are following the elections process in your country with great interest.’’ Yalta’s mayor Andrey Rostenko wrote in an open letter to Trump. ‘’We like your election program and we like you as an extraordinary person’’ This is how the mayor expressed his support towards Trump’s candidature. Rostenko also said that Trump’s decision to establish friendly relations with president Putin was an ‘’excellent’’ decision. He also added that the fact that Trump intends to keep in good terms with China and the way he wants to fight against terrorism is very similar to Russia’s approach to these matters.

Indeed, Trump supported Russia’s airstrikes against ISIS, saying that he hopes that Putin ‘’beat the hell out of ISIS’’’, he also criticized the US …… of not doing efficient job but Trump was also the one saying in an interview that he hopes that the operation will weaken Russia and that Putin ‘’will be begging to get out’’. Trump predicted that Putin will spend a fortune there and this won’t bring anything good to Russia.