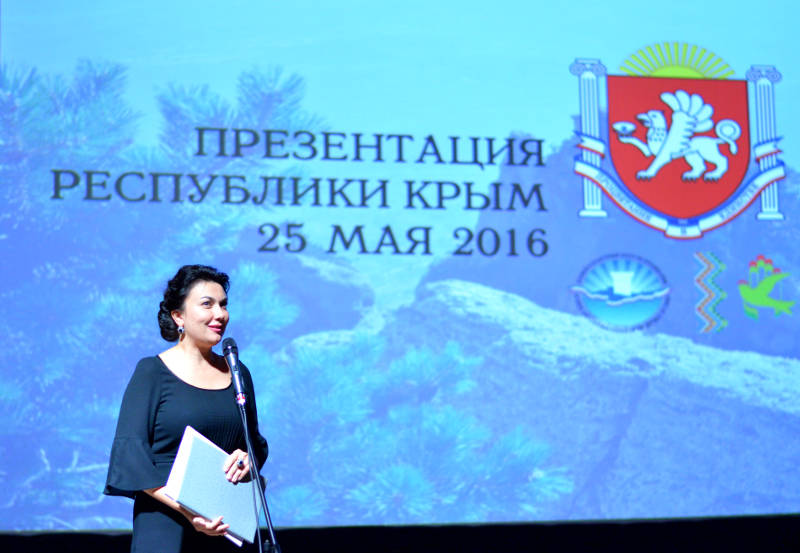 “Tonight you applaud not me, but the people of Crimea” stated the popular singer Biser Kirov, as he got the guests of the Russian Cultural and Information Center in Sofia (RCIC) on their feet, with the performance of his song “Crimean Spring”. This happened during an event dedicated to the Bulgarians in Crimea and the visit of the delegation led by the Minister of Culture of the Republic of Crimea, Arina Novoselskaya. The President of the Society of Crimean Bulgarians, Ivan Abazher joked that their community is ready to immediately buy the song, and the excited Novoselskaya turned to the singer saying: “Give me a week or two and that song will sound from every corner of the Crimea”. “Crimean Spring” is dedicated to the events of 2014, when the vast majority of the inhabitants of the peninsula, expressed their will to join the Russian Federation with a referendum. The music was written last year and Biser Kirov is not only its performer, but also its composer. The text is written by Vladimir Isaychev – a poet and jurist, Deputy Chairman of the Supreme Arbitration Court of Russia and Co-Chairman of the Union of Russian writers. 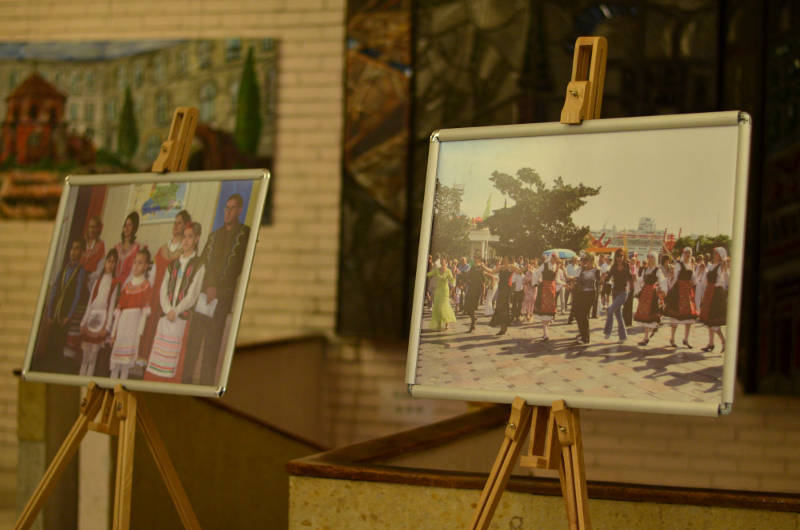 Presented at the RCIC was an exhibition-presentation of the cultural, touristic and investment potential of the Republic of Crimea. Minister Novoselskaya read a greeting by the head of the republic Sergei Aksyonov, in which he made an invitation to Bulgarians to visit Crimea and he highlighted the culture, history and nature of the peninsula. This is the first exhibition in Europe of its type, since the accession of Crimea to Russia and is an initiative of the Bulgarian community in Crimea. Its leader Ivan Abazher stressed that Crimea is a very quiet and dynamically developing region in which people from more than 150 nationalities live harmoniously in peace. Among them are about 2,000 Bulgarian families that have a Sunday school and their own show in public television. Biennially their association “Paisius Hilendarski” organizes a festival called “Bulgarian meetings” in which participate members of the Bulgarian communities in Moldova, Romania, Ukraine and Hungary.

Business meetings were held during the visit of the Crimean delegation, with the participation of 40 Bulgarian entrepreneurs. At the celebration in the RCIC, which the organizers called a “domestic, from the heart and neighborly informal meeting between Bulgaria and Crimea” there were performances by amateur and professional Crimean musicians from a Bulgarian origin, among which was the honored artist of the republic, Elena Karazhova-Basargina. The event was attended by the Deputy Chairman of the National Assembly, Krasimir Karakachanov.