The low oil prices are about to tear a gigantic hole into the budgets of the Gulf States, the IMF predicts. This development may even threaten the global financial system. 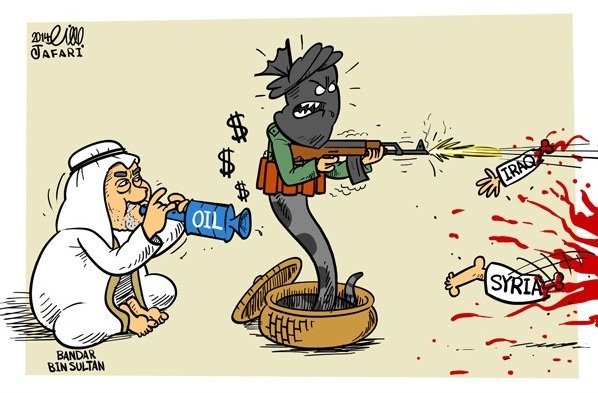 In its report on the region the International Monetary Fund (IMF) had to revise downwards its growth forecasts for the Gulf states significantly. The main reason for this are the low oil prices, which may entail high sales shortfalls and budget deficits in the medium run. The calculations of the funds are based on an average oil price of around 50 dollars per barrel (159 liters) at the end of the current decade. 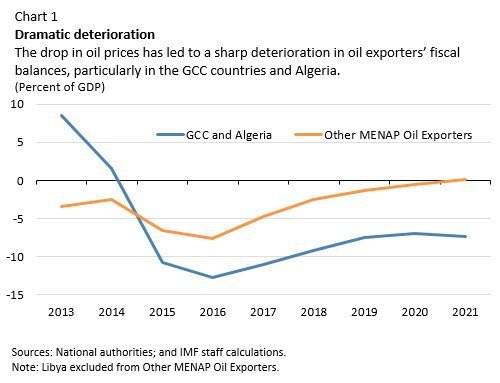 Last year alone, the oil revenues of the oil-producing countries of the Middle East have dropped by an estimated 390 billion dollars. For the current year, the fund assumes a further decline of another 140 billion dollars. Thus, in just two years, the countries affected – Saudi Arabia, Kuwait, Qatar, Bahrain, UAE, Oman, Yemen, Algeria, Libya, Iraq and Iran – would have to absorb export losses of half a trillion dollars.

According to the IMF, the economies of the Gulf monarchies, who are members of the Gulf Cooperation Council (GCC), will suffer from the fall of the oil prices in particular. While the Middle East and North Africa are registering an overall growth by 3 percent this year, the IMF only predicts a growth of 1.8 percent concerning the Gulf States economies in the current year. Last year, the GCC countries grew by 3.3 percent though.

The deterioration of oil prices would have a devastating impact on public finances as well – although some governments already have discussed or in fact have implemented countermeasures accordingly, such as the introduction of a VAT, the IMF said. “Many countries have made significant efforts to stabilize their budgets. They focused mainly on expenditure cuts, but also on energy price reforms. For Algeria and the GCC, we still assume average budget deficits of 12.75 percent in 2016, which will remain at around 7 percent in the medium run.” In the period between 2016 and 2020, the IMF expects budget deficits by a total of 900 billion euros in these countries.

Those budget deficits have already made some oil-producing countries abandon longstanding privileges. So, for the first time since the 1990s, Saudi Arabia had to resume raising finances at the international capital market. The world’s largest oil producer even begins to prepare a strategy to diversify its economy in a future era without oil. From the viewpoint of the IMF this is the right formula: “It is necessary that all countries intensify their efforts to implement reforms towards an improvement of the economic outlook, for the creation of jobs and to provide an integrating growth before it might be too late”, the Director for the Middle East and Central Asia, Masood Ahmed, said.