Western backed militants (the Forces of Martyr Ahmad al-Abdo and its allies) have tried to counter-attack against Syrian army troops advancing in the desert southeast of Damascus. However, government forces were able to defend their gains in the area.

Earlier this month, government troops have captured more than 70 square kilometers east of  the al-Seen Military Airbase, setting control over Beir al-Siba, the Mount Sabahiyat and the Rishi, Tal Shahab, al-Sabab Biyar and the Zaza Checkpoint.

In case of further advances, the Syrian army will attempt to reach areas controlled by the 5th Assault Corps south of Palmyra. 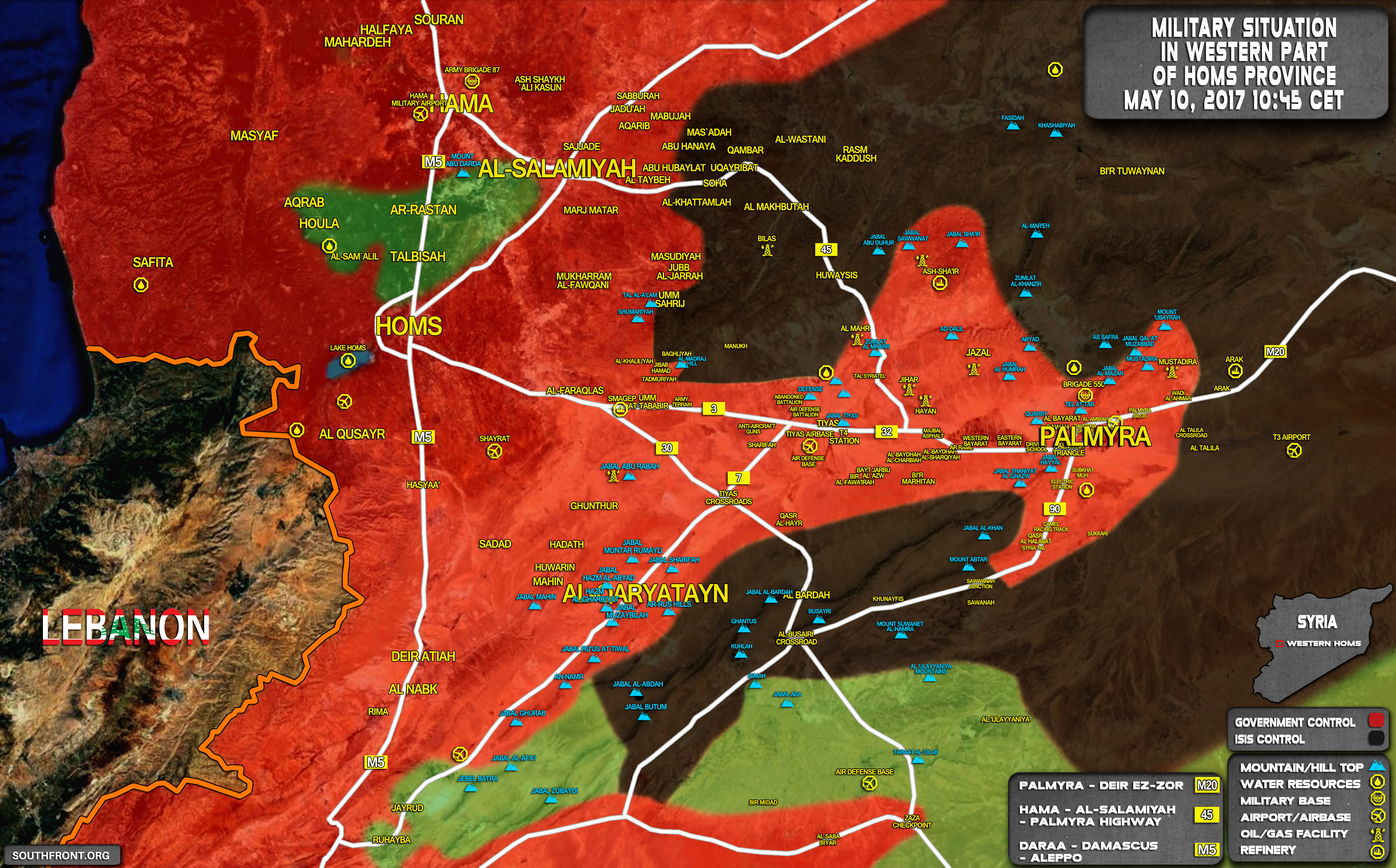 So Who has Zaza? Yesterday jihadis claimed it but I dont beleive anything those Fools Say.

Any more sources would bé appreciated.

Several online papers of the ME today confirmed that Zaza is held by SAA repelling a counter offensive by the traitors of us-licking FSA.

Very awesome SAA stand your ground and kill as many daeshbags as you can everyday!!!