An interesting view on the situation 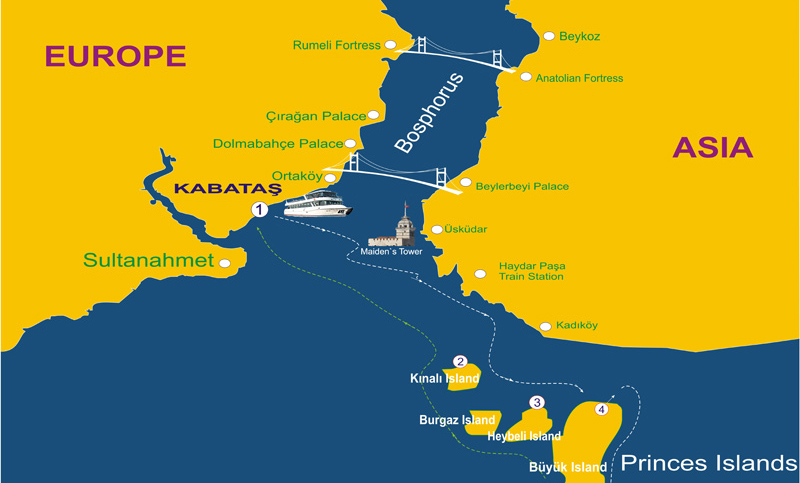 On Saturday, Russia unveiled a raft of economic sanctions against Turkey in retaliation for Ankara’s brazen move to shoot down an Su-24 warplane near the Syrian border. Charter flights to Turkey are now banned, Turkish imports will be curbed, visa-free travel is no more, Russian tourism companies are forbidden from selling travel packages that include a stay in Turkey, and Turkish firms will face restrictions on their economic activity.

Russia does indeed have economic interests in Turkey. Ankara paid Gazprom some $10 billion last year and Turkey accounts for nearly a third of the company’s nat gas exports: But this is most assuredly a two way street. As we noted on Saturday, Turkey is heavily dependent on Russia for energy and souring relations will put a non-trivial dent in Ankara’s tourism revenues: As we discussed on Wednesday, the idea that Turkey can easily replace Russian gas may be a pipe dream (no pun intended) despite Erdogan’s grandstanding. Here’s how we explained the situation facing Ankara:

What analysts (and Erdogan) seem to be discounting here is that ties between Russia and Iran have strengthened materially over the past six months and Russia’s intervention in Syria will not be forgotten in Tehran.

Throw in the fact that Russia and Iran are already in talks on a number of energy projects and it seems reasonable to suspect that if Iran believes Turkey is becoming too much of an impediment to the campaign in Syria, Tehran may just decide to drive a harder bargain when it comes to gas supplies.

In short: if you’re Turkey, you don’t really want to put yourself in a position where your fallback plan in the event you anger your biggest energy supplier is to try and negotiate for more trade with that supplier’s closest geopolitical ally, especially when you are actively seeking to subvert both of their goals in a strategically important country. As WSJ put it on Wednesday, “diverting the energy trade wouldn’t be easy.”

No, it most certainly would not “be easy”, and the big question going forward is this: is it realistic to believe, given what’s going on in Syria, that Iran will be willing to make it any easier?

Ultimately, it’s diffiult to say who has the stronger hand. Russia and Turkey – despite an otherwise tenuous relationship set against a history of confrontation (see The Czar vs. the Sultan from Foreign Policy) – have developed a lucrative trade partnership that neither side is particularly keen on scrapping.

That said, the stakes are high and now that Moscow has hit back with sanctions, the ball is in Ankara’s court.

Despite bombastic rhetoric from Erdogan (whose tone has softened at bit over the last 48 or so hours), Turkey cannot shoot down another Russian warplane. If they do, they risk an outright military confrontation with Russia.

So unless Erdogan intends to plunge NATO into an armed conflict with the Russians, he’ll need to find other ways to retailiate and refusing to buy from Gazprom probably isn’t the the first, best option from a practical point of view.

What Turkey could do, however, is close the the Bosphorus Strait which would effectively cut Russia’s supply line to Latakia.

Tensions between Russia and Turkey over the downing of a Russian Su-24 bomber in Syria may challenge freedom of navigation through the Bosphorus Strait, a major pathway for Russian ships. However, a Turkish unilateral ban on the passage of Russian ships is unlikely since it would violate international law.

In recent months, Russia’s heavy military equipment has been delivered to Syria mostly by sea, with the shortest route coming through the Bosphorus Strait and the Dardanelles.

A sharp rise in tensions between Moscow and Ankara may challenge the delivery of Russian weapons and troops through the straits. If passage is prohibited for Russia there is still the way through the Gibraltar (which takes 13-14 days rather than four days through the Bosphorus) or by air. In peacetime, Turkey is obligated to allow naval warships safe passage regardless of what flag they fly. As Sputnik goes on to note however, “in times of war, the passage of warships shall be left entirely to the discretion of the Turkish government.”

Although one Russian lawyer who spoke to RBK claims the Turks have no legal ground to block passage, it’s not difficult to imagine a scenario whereby Erdogan decides to push the issue.

Indeed, if Ankara can disrupt Moscow’s supply route to its forces in Syria, well then all the better for the FSA and all of the other proxy armies battling to hold onto territory near Aleppo in the face of the Russian and Iranian assault.

Of course such a move would raise serious questions regarding Turkey’s adherence to the 1936 Montreux Convention and would only serve to inflame tensions between Moscow and Ankara.

We’ll be watching closely in the days and weeks ahead for evidence that Erdogan is impeding the progress of Russian vessels through the strait and in the meantime we’d remind you that Bilal Erodgan, the President’s son and patron saint of Islamic State’s multi-hundred million dollar oil enterprise, has a bird’s eye view of the drama (from Today’s Zaman, earlier this year):

The Sözcü daily reported on Sunday that Bilal Erdogan, a co-partner of a shipping company, has moved his office from Üsküdar to Beylerbeyi.

According to the claims in the report, Bilal Erdogan purchased three plots of land on Yaliboyu Street in Beylerbeyi and constructed a four-storey company office on it. The cost of the building is estimated to be TL 340 million. The new office has a view of the Bosporus. It also has a parking lot and a courtyard.

Chances are that Erdogan will continue the provocation against Russia . The shooting down of the Russian fighter plane was an elaborate provocation organized by the USA . If the Bosphorus will be illegally shut down . Russias option is to initiate the partition of Turkey by taking over the Europeans side of the Bosphorus . Turkey will try to invade Syria but will have to contend with the Armenians , the Syrians and the Russians . The soviet EU will wet his pants , they are the most dis united armed forces in the world and the EU population is against a war with Russia . It could be the end of the EU especially if a missile hits the EU building it will also be and the end of NATO .