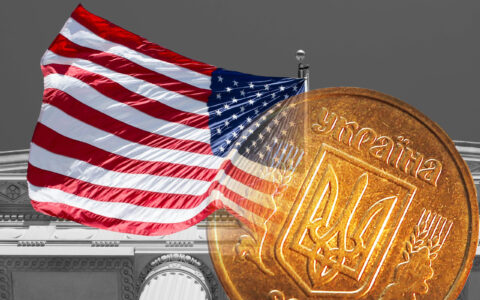 Since Ukraine’s Maidan victory, foreign influence has exceeded all the reasonable limits in the country. While initially it was only about foreign advisers and observers inside various government institutions, later the West moved on to creating totally auditable parallel power structures.

This is how the National Anti-Corruption Bureau of Ukraine (NABU) and the Specialized Anti-Corruption Prosecutor’s Office (SAPO) appeared, being fully autonomous entities.

NABU is supervised by the US Federal Bureau of Investigation. NABU detectives do their internship at the FBI base in Quantico. Their work in Ukraine is directly supervised by FBI field agents. Moreover, all the necessary equipment for NABU’s covert surveillance and wiretapping has been arriving right from the States by diplomatic mail. The Bureau has a force cover group trained and equipped by the same Americans.

To address corruption issues, NABU created a network of undercover agents, whose historical task was to provoke bribing with high-ranking officials and MPs.

Procedural support of criminal intelligence is carried out by a Specialized Anti-corruption Prosecutor’s Office. As recorded in official documents, SAPO is an independent functional unit of the Ukrainian Prosecutor General’s Office missioned with supervising compliance with the laws during NABU’s pre-trial intelligence.

For a while, a full-fledged anti-corruption system was only lacking a court to this effect. It was founded in 2018 pursuant to law 2447 of Ukraine On the High Anti-Corruption Court (HACC) (hereinafter referred to as the Law), which was initiated by Petro Poroshenko and adopted on June 7, 2018. The Court got rolling on September 5, 2019.

Tellingly, shortlisting judges for this major judicial authority of an “independent state” should be supervised by a Public Council of International Experts. Their opinion is also fundamental when agreeing on judge candidates, and they get substantial material incentives from the government. When engaged in HACC candidate selecting procedures, they are paid as much as Supreme Court judges. In addition, members of the Council who do not permanently reside in the territory of Ukraine get a reimbursement for living and relocation expenses.

Let’s get back to the new law enforcement agencies – NABU and SAPO. All along, their activities have aimed to intercept Ukraine’s financial flows in the best interests of those who arranged them, i.e. the United States and its Western allies.

“There is a group of people, an entire political field of anti-corruption campaigners. Among them one might list Saakashvili, Nayem, and NABU agents. They coordinate activities not with the president, but with US representatives in Ukraine. They seek to gain favor with those considered Democrats sitting at the embassy and taking their lead from Biden, not from Tillerson or Pence. Their guru is John McCain, whom the US itself calls rather a Democrat than a Republican. So, these are their beacons. At the same time, they aspire for creating their own field and their own independence out of tune with the president and harmful to the coalition.”

On December 6, 2017, Petro Poroshenko Bloc’s Artur Gerasimov and Popular Front’s Maxim Burbak submitted bill 7362 to the Verkhovna Rada empowering the parliament to impeach credit to heads of special-purpose anti-corruption bodies, and allowing that the president dismiss NABU director for even minor administrative offenses. Moreover, it was planned to consider the bill the very next day after its registration, on December 7.

The response of Ukraine’s Western “partners” was not long in coming. On request by the Ukrainian Voice of America, the FBI issued an official statement regarding the functioning of this US state agency in Ukraine, branding NABU and SAPO employees as highly professional staff.

At FBI’s heels, the World Bank also hastened to express concern. The IMF as represented by its head Christine Lagarde demanded that Ukraine ensure independence for NABU and SAPO.

“We are deeply concerned by recent events in Ukraine that could roll back progress that has been made in setting up independent institutions to tackle high-level corruption,”

the IMF said in a statement.

And the UK government issued an official statement fearing that Ukraine’s anti-corruption bodies were in jeopardy.

But the highest outrage certainly emerged with were American government officials.

The US State Department went public to say:

“The recent events – including the disruption of a high-level corruption investigation, the arrest of officials from the National Anti-corruption Bureau of Ukraine (NABU), and the seizure of sensitive NABU files – raise concerns about Ukraine’s commitment to combating corruption.”

“We are proud to have supported the creation of these agencies, and we will keep assisting them,”

“If the Rada votes to dismiss the head of the Anticorruption Committee and the head of the NABU, I will recommend cutting all US government assistance to Ukraine, including security assistance. This is a disgrace!”

To avoid misunderstanding between the curators and the mentees, Marie Yovanovitch carpeted the entire top of the People’s Front Party – Yatsenyuk, Avakov and Parubiy – late on December 6 and gave them a talk, after which the Verkhovna Rada rushed to remove bill 7362 from the agenda the very next day.

I want to remind you once again that the new anti-corruption bodies were created by the Americans with the sole purpose of controlling the “native-born” authorities. Therefore, they incidentally pitched in with attacks against high-ranking officials, including those from Petro Poroshenko’s inner circle. Someone had to make it clear to the “natives” that their lives and activities were under control, otherwise they could have embarked upon an independent policy, which is nowhere near acceptable.

For appearance’s sake, “anti-corruption campaigners” worked tirelessly, as we might guess. Since their very emergence, we have witnessed numerous high-profile criminal cases, including against top bribetakers. But were there any dramatic sentencing decisions or heavy prison sentences for those investigated?

The performance of Ukraine’s anticorruption services is reflected by the principal body’s operating effect. During a 2018 meeting of the Verkhovna Rada anti-corruption committee, its chairman Artem Sytnik said that over the two first years since April 2015, NABU helped the government return 115 million hryvnia, 174 million in 2017, and 107 million in the first half of 2018. That is, for the entire period of work, NABU returned less than half of the annual salaries of its employees to the budget, since for 2019 alone, UAH 867.5 million was allocated to it, which is 10 million more than in 2018. Of these funds, 515 million hryvnias were spent on the salary of the Bureau’s employees in 2019 (472 million in 2018).

In 2020, the agency was allocated UAH 919.1 million from the state budget. At the same time, NABU detectives reimbursed losses for the year further to accomplished criminal proceedings in the amount of 103.5 million hryvnias. At the same time, Artem Sytnik himself earned 215,204 hryvnias in November 2020.

In 2021, the figures were disgracefully small, no need to voice them. Six months into the year, it was only possible to confiscate some 8 million hryvnias to the state revenue, with the agency’s budget exceeding 1 billion.

What conclusions can be deduced from all of this?

Ukraine’s fight against corruption is one of the most corrupt spheres, incredible as it may seem.

Moreover, while traditional entities like the SBU, the Prosecutor General’s Office and the national police seek personal gain, the “new” departments (NABU, SAPO) are more often used to obtain compromising material and control over officials. For which, in fact, they were created by Western management structures, though.

You have to be a Moron if you accept the solutions from the people who started the issue. USA Hegemony establish in every country conquered an Olligarchy and caste or breed caste system based on the alliance to the USA only, also they instruct them they should destroy anyone who wanted to take over them or diminish the power and rule they give them… Long time ago I realized “Corruption” is the tool they use to control the system and to Govern entire Countries… Corruption is a dual tool, you can bribe them and also you can use to accuse them and then remove from power and put your own puppets in charge.

Absolutely true; look what I stated above. Almost the same things.

So USA control Russia and Ukraine. They are twice as corrupt as USA?

Russia also has the biggets dwarfs.

This video is fucking beautiful. https://funker530.com/video/russian-armor-stays-in-atgm-kill-zone-suffers-losses/

what a great country,SLAVA DOLLARS!

JOEBIDENISAPEDOPHILE
Reply to  my patient need another injection

Just as much worth as the other dollars around the globe, nothing! Toilet paper has more value.

If US continue to corrupt Ukraine in Kiev offices, Russia will retaliate by killing more Slavic brothers on the frontline.

But they dont. And yes we now the infantiles of Russia well. They are just as corrupt as Ukraine and even 5 steps lower then Ukraine by international transparensy.

But that of cource does not matter from You having everything correct from Putin by RT TV and more reliable then Jesus and Karl Marx.

Everywhere where kikejoo’s invade a country there will be same ‘technique’ of the fake democratic dualism. EVERYWHERE ! JUSA is the perfect example: both demo(no)crat and republican so called opponent parties are theirs own construction from beginning. Same in all aspects related to the life of a kikejoo stolen/kidnapped sovereignty: the problem and the solution have the same authors ! Corruption and anti-corruption are no exception but instead one of the most used pseudo-dialect dualism inside a prisoner system.

We actually lives outside the prison.

We see no kidnapped sobereinity as well. We are dependet and mainly do well by that.

Youshould wonder why so many try to come to here and almost none try to gohome again.

Actually the political system is taken from the French Constitution just as many others.

But of course its in own context.

It is a continuation of the Corrupt Oligarch Controlled “United States, Incorporated” in Washington DC. People of the United States need to stop feeding the PIG. THE WARS WILL STOP . A Tax Revolt to save the whole world from their Greedy Tyranny.

59 Saint Vincent and the Grenadines 36

19 Democratic Republic of the Congo 169

Since 2008 the Russian Federation spent billions of rubles to modernize the army. Four weeks of Special Military Operation in Ukraine and I knew I was robbed.

Everywhere where kikejoo’s invade a country there will be same ‘technique’ of the fake democratic dualism. EVERYWHERE ! JUSA is the perfect example: both demo(no)crat and republican so called opponent parties are theirs own construction from beginning. Same in all aspects related to the life of a kikejoo stolen/kidnapped sovereignty: the problem and the solution have the same authors ! Corruption and anti-corruption are no exception but instead one of the most used pseudo-dialect dualism inside a prisoner system.