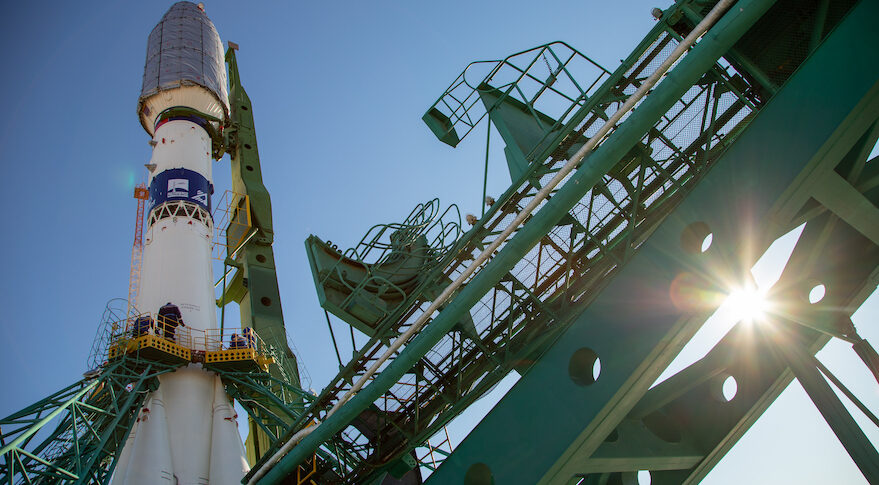 On March 22nd, a Soyuz-2.1a launch vehicle, which for the first time in 45 years changed its color scheme from gray-orange to white-blue, took off from the Baikonur cosmodrome.

The launch was planned for March 20th, but it was postponed for two days.

According to RIA Novosti sources in the rocket and space industry, the reason was a voltage surge in the power supply system of the launch complex and the need to re-check the rocket systems.

After liftoff, the Fregat upper stage with 38 satellites from 18 countries separated from the third stage of the rocket.

First, it will deliver the South Korean Earth observation satellite CAS500-1 to the target orbit, for which it will perform two starts of the propulsion system.

Then two more start-ups of the upper stage engine are planned, then four Japanese GRUS satellites are to separate from the Fregat.

After that, the separation of the remaining 33 vehicles is expected:

It is an impressive list of participants, and it showcases that Russia stands behind its claims that it is ready to cooperate with anybody who is willing when it comes to space exploration.

Just days earlier, Roskosmos head Dmitry Rogozin said that The United States, by not offering Russia an equal partnership in the creation of the international lunar station Gateway, underestimated the technical potential of Roskosmos.

“Roughly the same thing happened eight to ten years ago, when the United States underestimated our potential and will to restore the Russian defense-industrial complex and re-equip our army as soon as possible,” he added.

According to the official, Roskosmos offered NASA various options to increase Russia’s role in the project, but received no “substantive response”. Therefore, Russia began to cooperate with China.

Rogozin did not rule out that Russia could return to the Gateway project if it is offered decent conditions.

“It depends on the ability of our American colleagues to offer truly equal conditions for cooperation. But in any case, it is necessary to discuss uniform technical standards for the possibility of docking our Oryol spacecraft with the Gateway. This may be necessary,” the head of the state corporation noted.

In 2017, Roskosmos and NASA signed a statement on the creation of a near-lunar visitable platform Deep Space Gateway (later simply Gateway). International partners shared responsibility. Russia received a quota for the creation of a module of two compartments for spacewalks. In addition, docking hubs and gateways were supposed to be made according to Russian standards, but later this was abandoned.

Some time later, Rogozin said that Russia could not afford to participate in this project, since it was assigned an insufficiently large role, and he called the project itself American-centric.

In March 2021, Russia and China signed a memorandum on the creation of a joint scientific lunar station. This is a complex of experimental research facilities created on the surface and in the orbit of the Moon. Rogozin stressed that cooperation between Moscow and Beijing is open for international participation.

This is a medical report on an alien species present on our planet.

NASA can’t compete, right now it’s busy in the recording studio where they are filming the next moon landing.

The RF pandering to the Americans over the Gateway project is pathetic. The Russians should be happy to be China’s partner instead of continuing to humiliate itself by courting the West.