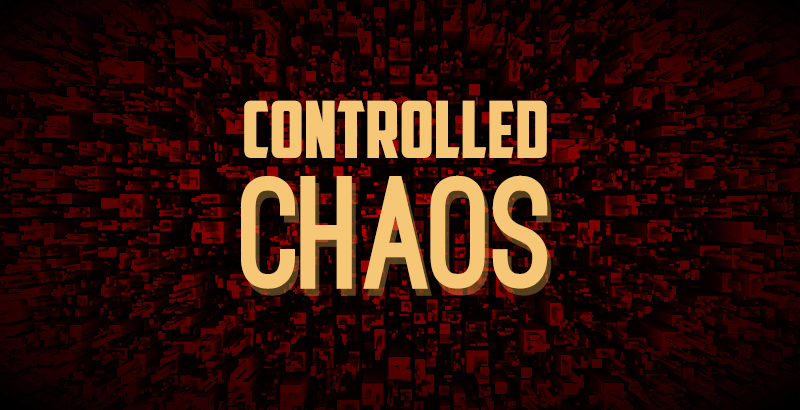 Steven Mann, the US foreign policy expert, who took part in the developing of many of the current “controlled chaos” hotspots in various parts of the world, speaks openly of the need to use “increased level strongly-worded criticism”, and causing “controlled chaos” to secure and promote the US national interests.

Steven Mann is a key figure behind the development of the “controlled chaos” theory as a means of furthering US national interests. Mann was born in 1951 and graduated from Oberlin College in 1973 with a B.A. in German. In 1974 he obtained an M.A. in German Literature from the Cornell University and has been a member of the Foreign Service since 1976. He received a Harriman Institute for Advanced Soviet Studies scholarship to obtain an M.A. in Political Science from the Columbia University in 1985-1986. He graduated from the National Defense University in Washington, D.C.

He began his career as a US embassy staffer in Jamaica. Later he worked in Moscow, at the USSR desk in the State Department, and at the State Department Operations Center (a 24-hour crisis center). He served as the acting chief of mission in Micronesia (1986-1988, Mongolia (1988), and Armenia (1992). Between 1991 and 1992 he worked at the US Department of Defense dealing with Russia and Eastern Europe, and in 1992-1994 he was assigned to Sri Lanka as deputy ambassador. Between 1995 and 1998, he was employed as the head of the India, Nepal, and Sri Lanka desk at the State Department. Since 2001, Mann has been a presidential special representative to the Caspian Sea countries acting as the main spokesman for US energy interests in that region and a lobbyist for the Aktau-Baku-Tbilisi-Jeikhan oil pipeline.

Upon graduating from the NDU in 1992, Mann wrote an article titled Chaos Theory and Strategic Thought // Parameters (US Army War College Quarterly, Vol. XXII, Autumn 1992, pp. 54-68).  In this article, he lays out the following theses: “We can learn a lot if we view chaos and reorganization as opportunities, and not pursue stability as an illusory goal…” “The international environment is an excellent example of a chaotic system, with “self-organizing criticality” being a useful analytical tool. The world is doomed to be chaotic, because the many human actors in politics have different objectives and values.” “Each actor in politically critical systems creates conflict energy, …which provokes a change in status quo thus participating in creating a critical situation…and any course of action brings the state of affairs into an unavoidable cataclysmic reorganization.”

The main thought which flows from Mann’s thoughts is to bring the system into a state of “political criticality.” Then the system, given certain conditions, will unavoidably enter chaos and “transformation.” Mann also writes that “Give the US advantage in communications and growing global mobility capabilities, the virus (in the sense of an ideological infection) will be self-replicating and will expand chaotically. Therefore our national security will be preserved.” And further: “This is the only way to establish a long-term world order. If we cannot accomplish such an ideological change in the whole world, we will have only sporadic periods of calm between catastrophic transformations.” Mann’s words about “world order” are there for the sake of political correctness. Because his article speaks only of chaos which, judging by Mann’s words, will be the “best guarantee of US national security,” with only the US able to preserve itself as an “island of order” in an ocean of “controlled criticality” or global chaos.

According to the “theory”, dismantling of the already existing nation-states, traditional cultures, and civilizations can be accomplished by:

Once implemented, these key policies lead to “color revolutions.”

“Controlled chaos” theory is based on reforming the mass consciousness, worldviews, and the spiritual sphere by subjecting individuals to modern means of manipulation. It amounts to a global psychological operation that is part of globalization and which destroys the culture of solidarity and replaces it with a cult of money and of Social-Darwinist stereotypes concerning the role of an individual in society. The masses’ ability to offer resistance through self-organization is thus diminished.

Given the effects of such technologies, the “controlled chaos” actors are pursuing two objectives:

We should note that the US and the EU economies grow not by increasing their output but by reapportioning wealth between the strong and weak states. This is accomplished by weakening the nation-state (usually by drawing it into a debt trap), privatization, and buying up all manner of national assets, including natural ones.

Under the pressure of the financial institutions, the nation-state becomes a tool of this type of globalization by privatizing and reducing expenditures on social needs or on maintaining science and culture. States also organize mass illegal labor migrations which render individual workers much cheaper which deprives them of rights. In combination, the two tasks deprive the target state of its ability to function as an international actor. It is a covert way of eliminating economic competitors. The main symptoms of the loss of one’s sovereignty include the inability to perceive and interpret the situation, rise above it, assert one’s identity, and the ability to implement bold, breakthrough ideas.

1. Neutralizing the drive to develop.

– Destruction of state policy apparatus by seeding it with agents of influence.

– Infection through corruption, promoting a cult of money.

– Removing the scientific community from influencing the country’s policies.

– Mythmaking: “the market will fix everything.”

– Use of political technologies in election campaigns.

– Transforming the media into market actors.

– Individualization through neoliberalism, the atomization of society.

4. Reducing the ability to influence events

– Use of manipulative techniques in election campaigns.

– Promoting neoliberal ideologies, such as individualism and atomization.

– Promoting the cult of money and a system of primitive values.

5. Reducing the ability to pursue development:

– Preventing the society’s active participation in the country’s development.

The Drop in Oil Prices Turns the Geopolitical Chessboard

Read it closely, America, becasue they–the United States government, so-called–are exercising every bit of that on the home front, as well.

Amazing article- a real eye opener. Thank you for the information.

Bingo & spot on. The Machevallian War wagers have been in this exact pattern of asymmetrical nonlinear dispersed Warfare in the US against the American people & planet since at least 9-11-01. Nobody noticed then & not enough recognize it now. Geoenineering / Scalar / DEW Weapons added to the mix & WALLA we are there….

“A nation can survive its fools, and even the ambitious. But it cannot survive treason from within. An enemy at the gates is less formidable, for he is known and carries his banner openly. But the traitor moves amongst those within the gate freely, his sly whispers rustling through…all the alleys, heard in the very halls of government itself. For the traitor appears not a traitor; he speaks in accents familiar to his victims, and he wears their face and their arguments, he appeals to the baseness that lies deep in the hearts of all men. He rots the soul of a nation, he works secretly and unknown in the night to undermine the pillars of the city, he infects the body politic so that it can no longer resist. A murderer is less to fear. The traitor is the plague.” – Marcus Tullius Cicero

Describes the once great USA and Europe…to a tee…this phenomena is seen in all corners of globe but mostly in all WHITE nations…hmmmm…not so much in Asia or Africa..with exception of Libya, Somalia and parts of middle East.