Belarusian President Alexander Lukashenko wants to get Russian fighter jets for free despite that Belarus reportedly buys warplanes on credit.

Lukashenko claimed that his country performs part of the duty to defend Russia from the west and criticized Moscow for its unwillingness to co-finance the delivery of Sukhoi Su-30SM fighter aircraft to Belarus.

“Belarus recently bought Su-30SM aircraft from Russia with its own money. But we also perform the function of defending the Russian Federation, the Russian people, from that direction. So why not help us? Why not supply us with modern weapons?” Lukashenko said at a meeting with Belarusian Security Council State Secretary Stanislav Zas and Border Committee Chairman Anatoly Lappo, according to Belarusian state news agency BelTA.

“We know how to use them [weapons] at least as well as the Russians, but we play colossal money for this. I am not saying that we are not going to perform our functions. What I mean is: stop moaning in the media and now even at the government level that the Belarusians are like shackles,” Lukashenko said.

In Summer 2017, Belarus’ Defense Ministry said that Minsk would buy 12 Su-30SM fighter aircraft from Russia to update its Air Force’s fleet. The first two aircraft arrived in Belarus on November 13, 2019.

At the moment Russia is supplying military equipment to its partners at domestic rather than export prices. Nonetheless, the already significant cost reduction appeared to be for the leader of Belarus. According to Vedomosti newspaper’s sources, Lukashenko just wanted to get advanced jets for free.

Furthermore, if Russia makes an exception for Belarus, it will offend other Collective Security Treaty Organization partners. Such a move will set a precedent for price reviews for other countries, Vedomosti notes.

Why would the rift be ?

Didn’t Russia offer to give Belarus the jets for free if they could put an air base in Lida and you refused? That’s the way it works, Lukashenko. NATO’s self-justification require it to revive the Cold War. Core strategy is the Neocon’s manufactured ‘threat’ of Russia bum-rushing the Suwalki Gap to save Kaliningrad. Of course, Russia has absolutely no conceivable reason to do that… unless NATO attacks Kaliningrad. NATO prefers everyone simply ignore that detail. (Besides, we’re still pissed that Russia took advantage of our Shitholize Ukraine with Replacement US-friendly Elite Tribe Oligarchs scheme. Give us back Crimea, Russia – we stole it fair and square! 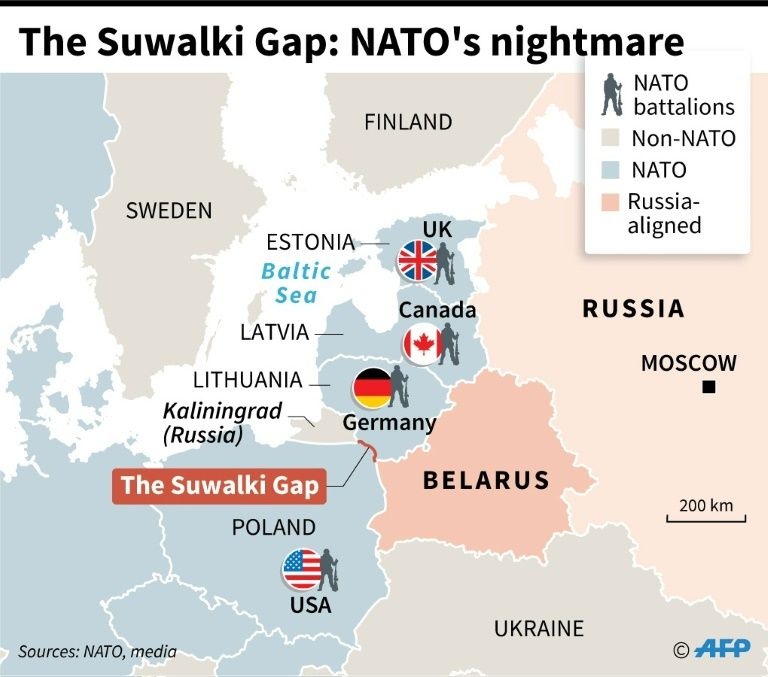 Lukashenko has always been a mediocrity

I thought he was dead. Maybee they has taken him out óf the freezer.

Of course some lowproductive farmers cant effort that many jets. If they see themselves as frontzone and act like that too, they in war are onetimers.

Because of that it makes more sense to have a lot of missiles, so Putin dont get hit.

Crimea was a part of a big trade where nukes in Ukraine against west was removed and the failure named USSR got Tjetjenia no matter what.

I kind of know Suwalki, beause I have a sad novel named “Suwalki-Suwalki”.

I would’ve give all members 5 aircraft free at charge but they must pay maintenance fee and I would also gave them each 5 attack helicopter aswell, but I would need an air base position if it was up to me.

The first after that wil be not a single job in Poland.

In the Belorussian budget 2020 there is a gap of 0,5 billion dollars between incomes and spendings. Lukashenko has to find a way to get rid of that gap and I have a strong feeling that he doesn’t want to cut the budget spendings.

Russia is behaving like imperial power. This will cost a lot of money and it serves nothing to Russian people.

hard to see Russia in the USSR- Putin version care much about its population. But it make sense to me, they dont give very expensive jets away.

Something for something or nothing for nothing. Another solution might be those white Russians use the older Russian ones and Russia by that recycle.

The very small armed forces in the regained Baltics partly are armed like that with good but old stuff and being supported by special guests from Nato with modern weapons.

Yeah Putin takes care for Russian oligarchs more than his people, anyway US is flirting with Belorussia and you never know what happens in the future.

I cant see Ballarus is related to western Europe. I can only see them as affiliated to Russia as well as being a new Russian republik again.

Of course I can see, they are some kind of buffer state as well, but they mainly are poor and hardly has anything to offer to west.

So far the liberated states for or affiliated with EU has their problems and the rst of EU has integration problems with them too.

So its a wait. Maybee USA is a bigger player, then I normally think, but I see no signs for it according to better affiliations to USA/West/EU.

You nver know, but that what I think I see.

behaving like Imperial power ? getting paid for a product ?
giving planes for free would cost the russian people … the thing that Russian leadership refused to do.
you are way off friend

Belorus should consider fusing as a single state with Russia, and Lukashenko becomes Vice President Lukashenko.

Never happen. Once a province breaks away from a country it will never go back because the leadership enjoys the perks and prestige of being “President” of a country instead of Premier of a province in a bigger country. This is completely irrespective of what the people want or vote for. Most of the people in the USSR including Belarus, Ukraine, and Kazakstan voted by a large margin to remain in the USSR during the 1990 referendum. It was the leaders who leaped at the opportunity provided by the coup to declare themselves Presidents of independent countries.

Things unification sometimes is a good solution, if a big Leader dies and has made no good replacers.

This article does a good job to obfuscate the issue. The lede is BS (apart from a claim in Vedomosti, it has no textual basis). Apparently Lukashenko doesn’t want free weapons. He wants to be a partner with modern weapons and emphasizes the fact that Belarus is already part of the defence of the RF. Remember, who got S-400 in the middle east. Russia has two allies there. Well, they didn’t get the S-400 but a NATO state with a very idiotic and unstable leader.

Thats old music from an old man. I think they once or twice were proposed to be a part of Russia. Yhat make sense. they never liked poles very much and certainly not from about 1920 to 1941.

Turkey paid for the S-400.
Russia will not provide new equipment for free
To get equipment there are two ways: pay money or become a partner … a partner is a win-win relationship. Give a base – take equipment.
Giving free fighters is not a win – win for Russia who certainly does not need an extra 12 Su-30SM to protect its western borders from NATO.

I’m sure that if Belarus allows Russia to integrate the (currently) sovereign state into Russia, all military equipment in the future will be free. That is a huge price to pay to give up your sovereignty. Dmitry Kiselyov – who is an unofficial spokesman and official propagandists for state-owned TV – gives Belarus a couple of choices ( Paul Goble: http://windowoneurasia2.blogspot.com/2019/01/belarus-will-be-friend-of-russia-or-it.html):

if Belarus refuses to cooperate with Russia on Russia’s terms, “Russia may lose an ally. Of course, we categorically do not want this. But if Minsk decides to exist without Russia, the future of Belarus will be ghastly”

“Russia, of course, will be weakened is that happens, but Belarus simply won’t exist. One must not have any illusions about that,”

How long will Putin play games with Lukashenko?

These kind of points are best negotiated privately, I have no idea why they are put in the public space. And the point about the price, and the consequences of lowering it for some is totally valid.

Westerns do most of that in public. We cant see all details but know in our budgets how much and in big lines if its tanks, jets, tecnocals, missiles or IT systems and its protection.

Fx there was given SDFs in Syria some 7 million dollar in mainly humanitarian help. It was taken away when Turks attacked SDFs because of the Chaos. Now yesterday the minister for that mainly support for the N.E: SDF has re-given the money for it.