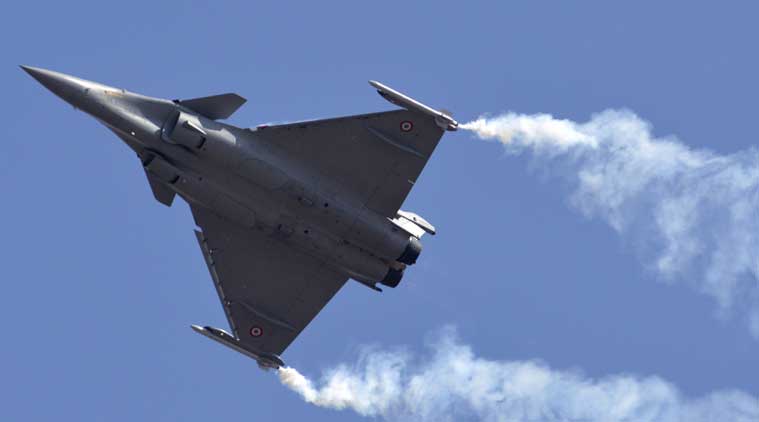 As of August 29th, an Indian deal to buy 36 French Rafale fighter jets has caused a political storm in India. The opposition claims that Indian Prime Minister Narendra Modi’s “friends” – and not the country – is benefitting from a bad deal.

In April 2015, Prime Minister Narendra Modi announced India’s order of 36 French-made Rafale fighter jets on the first day of his official visit to France. Modi presented himself as a “man of action” and used the occasion to prove his words.

Prior to that negotiations had been at a three-year standstill with deadlocks over the costs and subsidiary clauses frequently stalling the process. When the deal was finalized, the then French President Francois Hollande noted that it showed the partnership between India and France had “entered a new stage and our countries are united by the most beautiful kind of relationship, a relationship of trust.”

Three years later, however, the deal has caused distrust in India between the opposition and the ruling Bharatiya Janata Party (BJP) with allegations of collusion, lack of transparency and crony capitalism.

The Indian press calls it the “The Rafale corruption scandal,” it has been in the spotlight since a no-confidence motion against the government in parliament in July 2018. Rahul Gandhi, leader of the opposition party brought up the issue.

The vote of confidence was won by Modi’s government with a large margin, however the media storm has not stopped. There are accusations of “misuse of the media” and legal notices to opposition politicians and a national daily to stop relaying “unverified, speculative” information.

At the heart of the scandal is Anil Ambani, an Indian billionaire businessman, whose family was the Richest Family in Asia according to Forbes in 2017.

Gandhi claims that India is overpaying for the Rafale jets and that the Modi administration is “lying” about a non-disclosure pact between the French and Indian governments. Furthermore, he asserts that the 2015 deal was changed by Modi to benefit “his friend,” Ambani. “The fun part is that the contract was given to Ambani-ji, who has never made an aeroplane in his life nor has he ever taken a contract for defence,” said Gandhi.

As reported by News24, the scandal dates as back as 2007, when the Indian Ministry of Defense presented its largest tender ever for 126 multi-role combat aircraft to replace its fleet of mostly Russian-made fighter jets. Five years later, in 2012, the Congress-led government announced that the tender was won by Dassault, the makers of the Rafale, and that the agreement included the purchase of 18 Rafales in fly-away condition from the French company. The remaining 108 aircraft were to be assembled on Indian soil in partnership with the Indian government-owned HAL (Hindustan Aeronautics Limited). At that time the choice of HAL was praised as a way of providing the Indian-state owned aerospace and defense company to acquire advanced manufacturing capabilities to produce and service state-of-the-art fighter aircraft. However, between 2012 and 2015 the deal stalled due to pricing and capacity issues. Originally, the Rafale contract was worth $12 billion, however, as reported by News24, it was widely estimated to have increased to $20 billion, mostly due to the implications of building some jets in India.

Prior to Modi arriving in France on April 9th, 2015, Indian and French media, cited by News24, reported that the negotiations on the deal had picked up pace. The visit was supposed to be the Indian Prime Minister’s bid to encourage French companies to participate in his nationalist “Make in India” by investing and forming manufacturing partnerships in civil nuclear energy, defense and food processing.

However, the deal only included 36 Rafale fighter jets, all of which were to be manufactured in France in fly-away condition. The intergovernmental agreement however stipulated that Dassault would have to “offset” 50 percent of the deal in India. That meant that the supplier, Dassault, would have to spend a portion of the contract, estimated at $8.7 billion, would be infested in the Indian defense system.

On the Indian side, HAL would have been the ideal partner, however Dassault had chosen to partner with Ambani’s Reliance group, the company had and continues to have no experience in aeronautics. Furthermore, Ambani’s Reliance group entered into a deal to produce a film with Hollande’s partner and actor Julie Gayet, two days prior to the conclusion of the Rafale fighter jet deal.

The choice of an Ambani company as a Dassault partner raised eyebrows in opposition circles. “Why would Dassault have chosen such a partner? According to what criteria? And if it wasn’t Dassault’s choice, who chose it?” said Gandhi in an interview with Le Monde this week. The Indian Defense Ministry maintains that Dassault has the freedom to work with any local company it wishes, subject to approval of the Indian government. News24 reported that Dassault refused to speak to Le Monde, however an industry analyst was cited, “Even if it’s Dassault who provides the name, it’s hard to imagine how the Indian government does not provide its opinion given the political and economic dimension of such a contract.”

Ambani was also part of a group of Indian businessmen who travelled with Prime Minister Modi to France.

Modi has been accused of crony capitalism since coming into power in 2014. They have only increased as India moves closer to the 2019 elections. Private donations by wealthy individuals and companies have long financed Indian political parties, but the BJP has taken it to all new levels, according to figures released by the New Delhi-based Association for Democratic Reform. Modi’s BJP has received more than 8 times the amount of donations the second biggest party INC has received over the period between 2016-2017.

Ambani’s Reliance Group has denied all accusations relating to the Rafale deal and has even issued legal notices to several Indian Congress politicians and the Hindu media asking for “cease and desist” from presenting “unverified, speculative, incorrect” statements “on such a sensitive subject relating to national security.”

Even two former BJP ministers as well as a leading political analyst have criticized Prime Minister Modi. Their comments were published on the Indian news website The Wire. They call the Rafale deal “a case of criminal misconduct.” The authors also condemned the Modi government’s “gross misuse of friendly media to purvey falsehood, and to drown vital facts and questions in an avalanche of abuse.” They also noted the government’s continued citing of “secrecy clauses in the contract that are just not there.”

Indian military tenders, and only in the military field, are widely known for their corruption and there are numerous reports of scandals surrounding them. A recent example is a scandal with irrigation work in Maharashtra. The Indian express reported, in January 2018, that 88% of the tenders quoted lower rates.

Corruption in India? I’m shocked to hear it … shocked I say!

It’s the corruption that has always kept India poor. There are some very clever Indians, they could probably build planes superior to the Rafale, but corruption seems to be inbuilt in the Indian DNA.

I agree, but I’m not going to take the word of corrupt Indian Congress Party looters that, that is what is happening. I need to look at some Indian media. This is the first I’ve heard of this issue. I do know the MIG-21s are known as “flying coffins”.

when a civilization has nuclear weapons and buys advanced fighter jets but has yet to have indoor plumbing.

the government should be buying toilets before they buy stealth fighter jets.

Stealth only applies to the contract itself hiding corruption and definitely not to that 4th gen fighter.

Any people that make deals with zionists MUST be corrupt.

Did anybody expect anything different? India is a very poor country with a per capita GDP of less than $3,000 (USD) per year. The Indian Air Force already dwarfs the air force of its neighbor Pakistan. They have more combat aircraft than any NATO country except the US consisting of such types like the Su-30, MiG-29, Jaguar, MiG-27, MiG-21. etc. Buying the over-priced Rafale would just add another burden to the training process and increase the supply requirements. This aircraft procurement financial disaster follows in the steps of the over 25 year development of the indigenous Tejas fighter (which looks like a miniature Mirage 2000.) If the air force wants anything, it should be more spare parts and training for the aircraft and aircrew they already have. This Rafale deal is a budget busting national scandal. In contrast to the hundreds of millions of Indians who lack basic housing, basic nutrition, clean living areas (some polluted areas make the worst US ghettos look sparkling clean) toilets, and education, you will never see an Indian politician who looks poverty-stricken and malnourished.

The Dassault Rafale is so expensive why did India try to buy it???? The Cheapest (C variant) is nearly $79 million USD. The Could have went with KAI T-50 fighter or join in on the joint Korean-Indonesian development plan for a new fighter. They Could have Also went with the Saab JAS 39 Gripen.

Could probably have an entire airforce of SU27 for the same price. Not sure I’d want Eugene Macron looking over my shoulder while I was flying

Remember the Mistral Deal? US already threatened you regarding acquisition of S-400, what will stop France obeying its master even this time?

Exactly..I bet fat Ambani has a fat cancellation fine in the contract so he benefits anyway! Fat corrupt Fcucks! He is probably hoping for it! Free money and not one thing done for it!

So who is the gutless pussy who labelled my post as spam? And had it removed.

Brother Ma a day ago “Detected as spam Thanks, we’ll work on getting this corrected. Unbelievable if true. Anyone who toys with national security is fit to be hung from meathooks if you ask me. If India goes to war and it is noted that these planes were not up to scratch, I would be happy to see these elites executed. It is the only demonstrated way to teach others not to play these tricks.”