According to a researcher of the US Military Academy, the most effective weapon on the modern battlefield is concrete barriers. 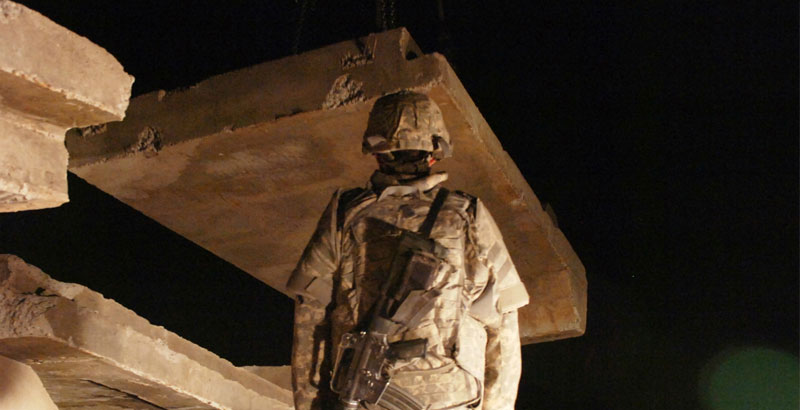 Concrete is the most effective weapon on the modern battlefield, a former coach of the US Army, Major John Spencer, who is currently engaged in theoretical researches in the US Military Academy (USMA), also known as West Point, concluded.

In his essay, posted on a website of the academy, Spencer unequivocally states that concrete barriers that are used in Iraq and Afghanistan today, have made to security of American soldiers, involved in these conflicts, much more than any other military hardware that they have, including the most complex ones.

“Many soldiers deployed to Iraq became experts in concrete during their combat tours. Concrete is as symbolic to their deployments as the weapons they carried. No other weapon or technology has done more to contribute to achieving strategic goals of providing security, protecting populations, establishing stability, and eliminating terrorist threats,” Spencer wrote.

Spencer recalls that when he served in Iraq in 2008, he could not imagine that he would become an expert on concrete. Nevertheless, by the end of the term of his service, he could exactly say how much each concrete barrier weighed, how much is cost and what crane was needed to lift it.

The author noted that “small concrete barriers, used for traffic control points,” and “giant ones” that allowed to protect against indirect fire from rockets and mortars were installed in Baghdad by the thousands. Each of the types received a code designation in honor of some state of the US. So, a 2-ton barrier with the height of one meter was named the Jersey; a 2-meter wall, weighing 3.5 tons was called the Colorado; and twice thicker walls with almost the same height were nicknamed the Texas.

Mounting of concrete obstacles became the only adequate measure that the US Army was able to invent in order to response to widespread usage of improvised bombs by militants. For example, all of the major highways, used by American vehicles and military hardware, were defended by solid fence, made of 3-meter-tall concrete slabs. 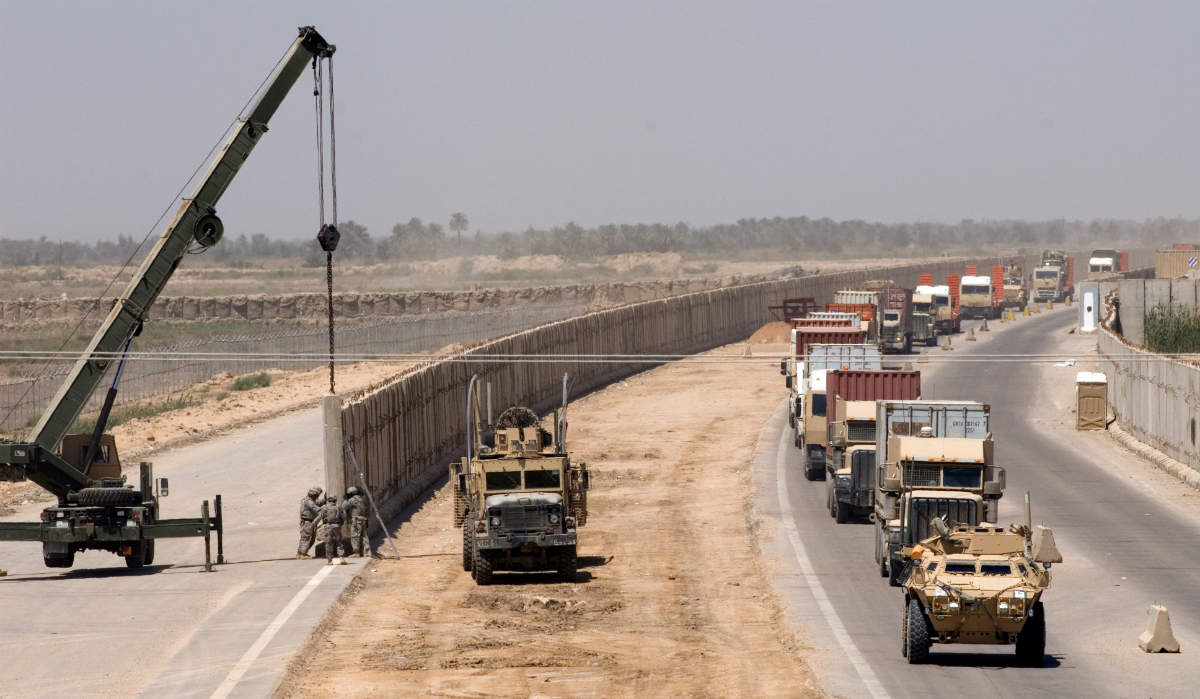 However, such heavy usage of concrete barriers needs enough big money. The cost of one typical barrier is around $600, and the US has already spent several billions of dollars on such barriers during the two wars in Iraq and Afghanistan.

For this reason, Spencer recommends the US Army to immediately include a detachment of concrete barriers in planning of combat operations in urban areas. In addition, he notes that the army also should see about a sufficient number of construction machines and instructions for soldiers.

In this way, all the widely advertised American military hardware including the latest versions of the Abrams tanks, reconnaissance unmanned aerial vehicles, and stealth bombers, is inferior to banal concrete barriers that were used by British already during the time of the Boer War at the junction of the XIX and XX centuries.

Tags:iraq, us, us armed forces, us army, us in iraq, US military, us military equipment, us military hardware, usa

I consider myself more of a sandbag guy.

Military prefabs for the win!

Are these walls solid concrete? That may be over-kill. Should be thinner and easier to move, but I bet the suppliers loved the idea. The French maginot line used a lot of concrete.

And the results = Germans just went around it straight, out of Sun Tzu’s “Art of War”.

it wasn’t the line that failed, it was the french military thought, who though “oh noo, tanks CAN’T possibly go through the Ardennes!”. it wasn’t technology, it was human intelligence that failed. no technology can make up for lack of it. if France had built the line from the sea (f the “neutral” countries who are always a backdoor for invaders) all the way to the swiss mountains, you’d see it’d have worked.

I agree, “human intelligence” was a factor. “Never attack an enemy at it’s strongest points” but draw them out as in “choosing the battle ground” shows the “human intelligence” use. The French fell into the trap of their strength being the maginot line when in fact it was very typical of the MIC of today as we see in the F-35 fraud for profit (heralded as jobs) and of course the list is very long.

Actually, that’s not true. The limited German ‘holding’ attacks directly against the Maginot Line found it quite easy to break through. The French were victims of contractor fraud, military incompetence and spending cuts during the building of the line The fortifications had numerous blind spots that allowed German assault troops to approach into range to use demolition charges, and in some areas the fortifications had been left partially incomplete, with weapons missing in some areas, and with the actual concrete fortifications not finished in others. Also, the roof of many bunkers and cupolas was actually insufficient to withstand German artillery. To top it all off, the French manned the line with poorly trained reservists, and those in insufficient numbers. German infantry walked right through the gaps in many places and just bypassed it. Nobody paid attention because that wasn’t the focus of the German effort, or the decisive part of the campaign.

good info i appreciate it, thank you! makes it clearer. so it seems that the concept of the fortified line never really worked – because it wasn’t implemented properly! when i look at the Fortress Holland or Metaxas line or Stalin line, it was basically the same thing – incomplete, insufficiently manned, or ineffectively used. i thought that at least the french got this right.

Fights global jihadism and global warming at the same time. http://arstechnica.com/science/2016/11/the-crumbling-cement-around-you-is-soaking-up-carbon-dioxide/ A Win-Win if you ask me..

In the GDR, we had build such a barrier around whole west berlin in a single day. 60 years earlier. With mediaval techniques – from todays viewpoint. For the very same goal – to prevent terrorists from firecracking and bomb laying. And to prevent normal people from selling out their own country to cutthroats from abroad.

The latter seams to be a crucial element of the amis concrete devotion, too. With only slightly different details: Those normal people in overrun countries tend to sell out their lives to those beloved moderate rebels – unfortunately AFTER the amis “liberated” them from their previous government, often with the help of those “moderate rebels”…

Well: Who didn’t foresee that the biggest “evil wall” screamers from 1990 would become the biggest “halal wall” builders only a few years later? Well, i have to admit: the “halal” aspect (being geolocated to the near/middle east in arab countries) of the matter was not on my radar at that times. The rest is a matter of elemental logic.

hm, i think i found Trump’s wall. looks more feasable than i though, just needs to be taken home.

Jokes aside, i’m surprised he didn’t mention the earth gabion technology. should be equally important. in fact, it’s there in background of the picture.

Good observation, I will add that these defensive measures are just that and in fact are only helpful against ground troops and IED’s ect. The US has not fought an actual war against an opponent with a viable Air Force in which these type of structures become a waste of effort and contributes nothing to actual battle outcomes.