Currently, the key element of military geo-information technologies is modern hardware and software that ensure the performance of tasks by the armed forces of any country. Thus, the operated geographic information systems (GIS), on the basis of which their software is built, must have high performance and reliability.

However, GIS widely used in the armed forces of the leading states, do not fully have the characteristics that meet modern requirements for the volume of data processed, reliability and versatility.

Their significant disadvantage is that they work exclusively with their own databases, which have a closed format, and manage all the geo-spacial objects contained in them and the relationships between them according to their own rules.

A distinctive feature of modern warfare is the need for intensive and large-scale processing of large volumes of materials coming from many different sources, such as devices for determining the location of equipment and units (up to individual fighters), air, ground and space radar systems, photo and video shooting, meteorological forecasting systems, etc. 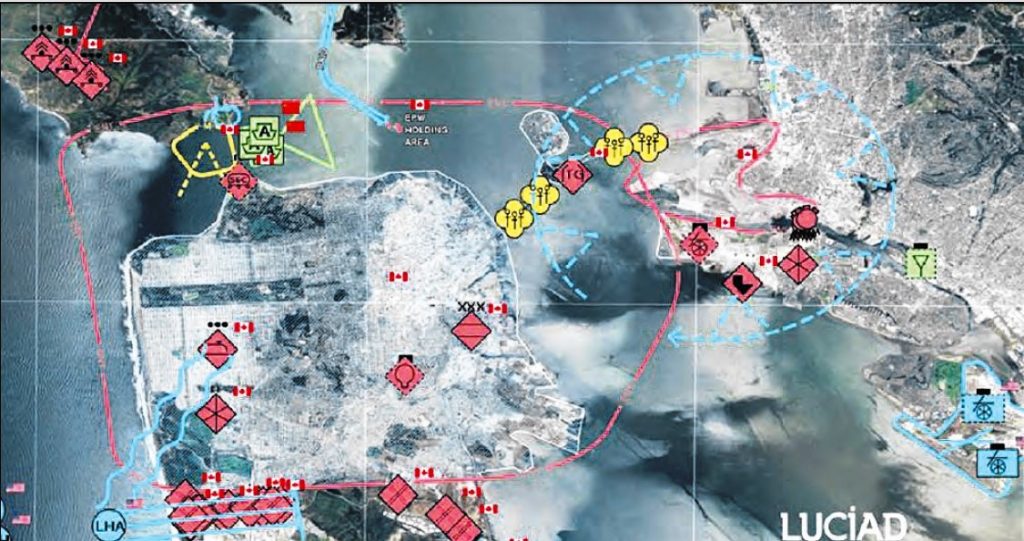 Armed forces that can operate in any environment and in various regions of the world, including as part of interspecies and multinational groups, must be able to exchange data received from military GIS with each other, which imposes serious requirements on architecture and software, and also involves solving a number of problems in the information technology delivery, processing and visualisation.

The Belgian company Luciad, specialising in the development of software for visualisation and analysis of geo-spacial data, has created a geoinformation toolkit (GIT). Its application contributes to the rapid and high-quality construction of integrated solutions for a wide range of tasks, including military ones, based on client, server, cloud, Internet and mobile technologies. A distinctive feature of systems developed on the basis of GIT is the presence of “data connectors” that provide direct support for a wide range of information in the original presentation formats: satellite images, two-dimensional and three-dimensional raster and vector maps, radar, infrared and laser data, and streaming video.

Examples of applications built on the basis of “Luciad” Light speed

The geo-information toolkit consists of several modules, each of which is designed to perform different tasks in the development of GIS:

Luciad Fusion is a key module that provides users with access to geo-spacial information both locally and remotely. Its features are automated cataloging, quick and easy data publication, which allows one to get ready-made maps in a few steps. It centrally manages the distribution of information, optimizing access to it, and automatically selects the most appropriate settings for synthesising the highest quality image within the specified time frame. 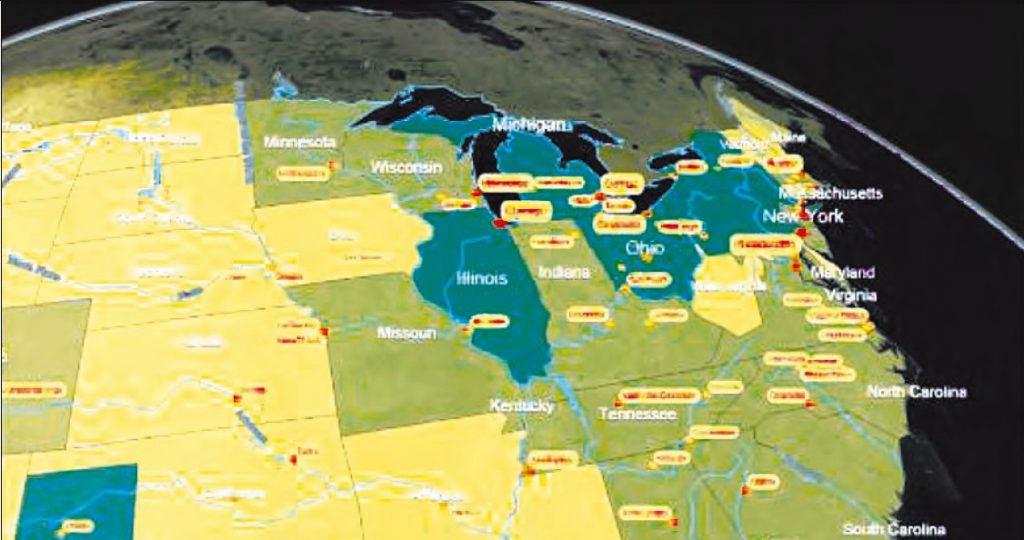 An example of using HTML 5 technology in GIS

The developer company claims that measuring the performance of server applications built on the basis of this module shows five times faster access to information compared to solutions from such well-known companies as Google, ESRI and Integraf.

Luciad Fusion has a built-in data replication mechanism that allows servers at all levels to synchronise with each other throughout the management chain – from the strategic level headquarters to the lowest levels.

The Luciad Light Speed module allows displaying geo-spacial information (GSI) overlaying video streams if necessary, and has a large set of tools for developing advanced geo-information analytical systems. Thanks to new data storage technologies, it is positioned as the fastest application in the world, capable of managing a large number of point objects (up to 10 million static points) and dynamic information (up to 500 thousand moving objects with a refresh rate of up to 60 Hz). Its modularity, open architecture, and strict compliance with industry standards reflect the focus on enterprise GIS.

Due to the possibility of full use of the power of graphics cards, it also allows one to visualise and combine any geo-data, including the display of streaming video on them.

This module is effective in developing various automated military systems including those used in multinational operations, such as:

It can work as a separate application and as an integrated part of Luciad Fusion, in which data processing is performed on the server side. 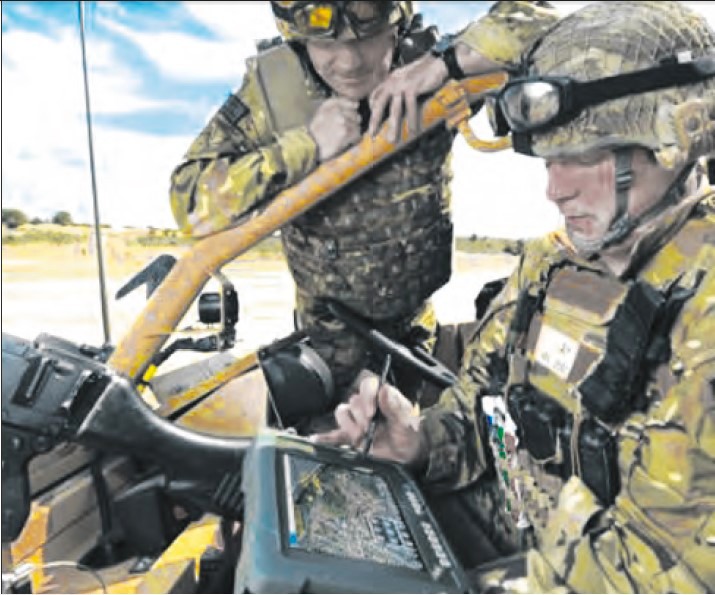 An example of application of the module “Luciad” Mobile

The Luciad RIA module is fully based on web technologies and is designed to create modern Internet portals, including military ones. It complies with WebGL, HTML 5, JavaScript standards and does not require any additional components to work in Internet browsers. Its capabilities allow hundreds of thousands of users to access it in a simple and intuitive way at the same time. The set of functions it offers provides high performance, maintaining the accuracy and quality of two-dimensional and three-dimensional visualisation of vector and dynamic data, as well as images and satellite images at the desktop level.

The module allows one to use third-party web technologies, such as Google, Web Toolkit and Sharepoint. It can easily integrate into network and cloud environments, its advantages over other GIS portals are:

The Luciad Mobile module is designed for developing mobile applications. Its main task is to ensure the activity of mobile users operating in difficult field conditions. It allows one to provide access, update, and transmit intelligence and other information to interoperable systems, even in unstable communications. If the connection fails, the app switches to the information stored on the device until the connection is restored. At the same time, users interact with devices by means of gestures, such as “pinching” the screen, tapping, long pressing, and moving.

Solutions developed based on this set of tools provide the following features:

They have also found their application in the development of the automated control system for the NATO Joint Air Force and air defence in Europe ACCS, as well as in the creation of geographic information tools iGeoSIT and BRITE.

Thus, the transition to new geoinformation technologies, such as those developed by Luciad, makes it possible to create military geoinformation systems with enhanced capabilities and reduced decision-making time.

I use this type of technology every day as a rideshare driver.

In a security application it’s usually a must have. Though there are off grid work arounds. Such as if the power grid is down, the internet is turned off, and electronic countermeasures are in use. Though an op has to be designed in advance to operate in that type of stealth mode. I haven’t given it a lot of thought. But I can see where it could be useful or essential in moving teams of a specop force through an assignment to achieve an objective.

What the military needs is not a commercial application but a own made one. Furthermore, it seems the internet itself is not protected enough against spying