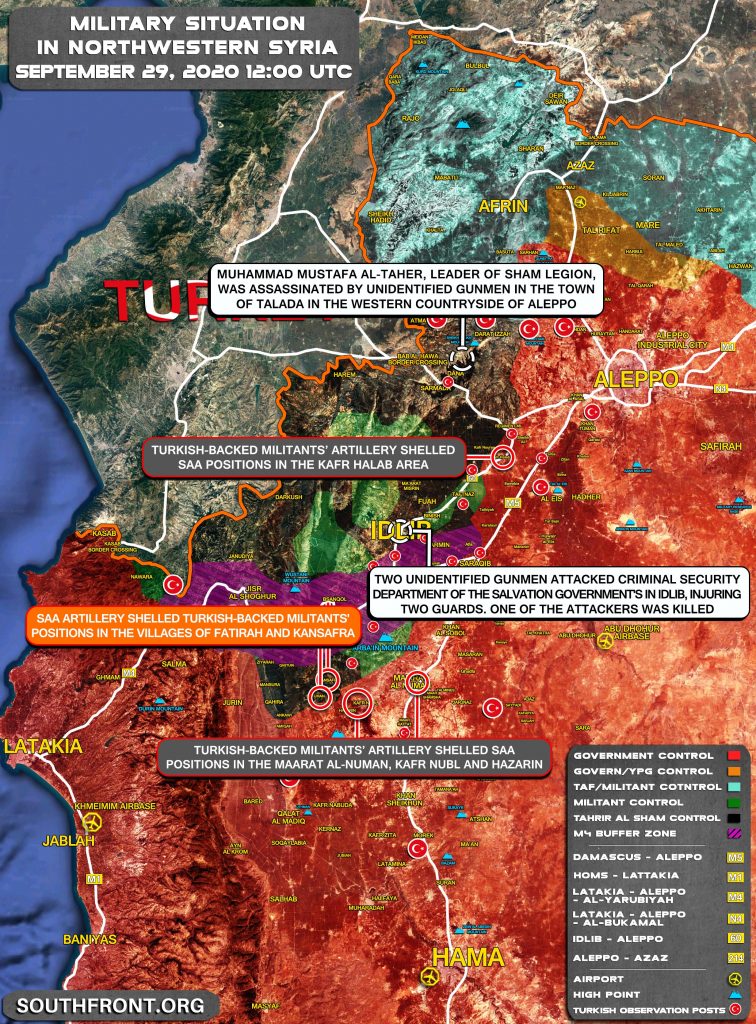 The artillery fire exchange between the Syrian Arab Army and Turkish-backed militants continues in the South of Syria’s Greater Idlib:

In the West of Aleppo province, unidentified gunmen shot dead the commander of Sham Legion, Mohammed Mustafa at-Tahir, nom de guerre “Abu Khanjur”, in the town of Talada. The perpetrators of the murder rode a motorcycle and managed to escape. 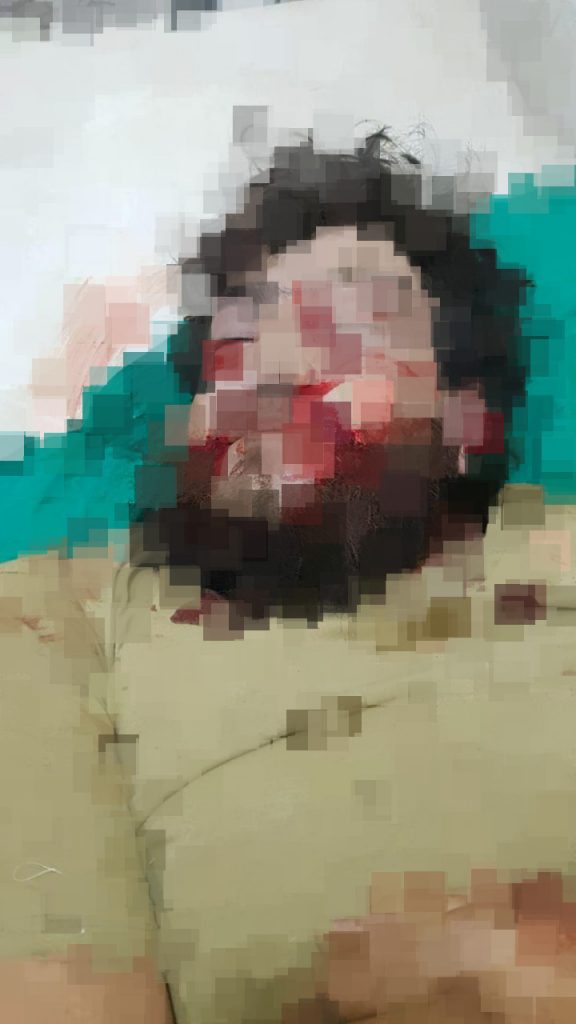 A series of targeted assassinations of opposition commanders is taking place in areas of Greater Idlib that are mostly controlled by Hay’at Tahrir al-Sham. ISIS cells or al-Qaeda-affiliated groups may be responsible for the murders.

So, “a moderate headchopper” was sent to Allah by former moderate friendly headchoppers. Allahu Akbar…

Getting rid of nasty witnesses.

“SAA artillery shelled Turkish-backed militants’ positions in the villages of Fatirah and Kansafra”,

I believe this statement to be incorrect, because as far as I’m aware the Russians and SAA have stopped all military activities as of yesterday, today they aren’t doing a thing, no SAA retaliatory artillery strikes and no retaliatory Russian airstrikes, NOTHING. So what’s happened today, why have they stopped fighting all of a sudden, for the last few weeks we’ve had non stop SAA artillery and Russian airstrikes against the rebels, but today absolutely NOTHING, why have they stopped all of a sudden, I’m not sure but several possibilities come to mind,

Is it just the calm before the storm, the SAA pausing hostilities before a major assault is launched, Or were they stopped due to Turkish threats of military retribution, Maybe a political settlement was reached, The rebel forces just announced a military mobilization for all their forces near Aleppo posing a threat to the SAA, so has that forced the SAA to consolidate their positions,

I’m not sure if any of my suggestions are the reason SAA/Russian military activity stopped all of a sudden, it may be something else altogether that stopped SAA and Russian military activity, but the simple fact it has stopped and stopped all of a sudden has me totally perplexed. All the Turkish convoys arriving in Idlib over the last week have now revealed their purpose, the airbase at Taftanaz is now being rebuilt/repaired, so we can expect even more Turkish air activity over Idlib after it’s up and operating, and I can’t help wondering does this have any connection to the abrupt end to Russian and SAA activity today, mmmm. ?

And the commander of Sham Legion killed by unknown assailants, yes they could’ve been Isis or Al Qaeda fighters but since both groups find it hard to operate safely in HTS held territory, where the attacks took place, I’d have to put them on the bottom of the suspects list, and since HTS doesn’t like the Sham Legion because of their Muslim Brotherhood ties or the Sham Legions allegiance to the Turkish backed Syrian Interim Government, I’d say HTS should be on top of the suspects list.