Several millions of dollars of the Islamic State terrorist group have been stolen by a commander of the women’s battalion, who escaped with her helpers from Mosul to al-Ba’aj province. 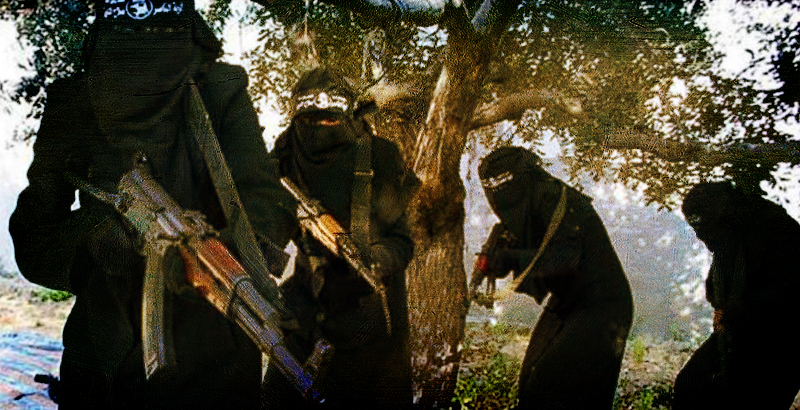 A commander of the women’s battalion of the Islamic State (IS) terrorist group, operating in Nineveh province, has stolen several millions of dollars, belonging to the group, and escaped from Mosul to al-Ba’aj province with four of her helpers, the Fars news agency reported on Saturday, citing unnamed local sources in Nineveh. The news agency specified that three of the commander’s helpers are Arabs, while another one is from Tajikistan.

“A commander of the female battalion is tasked to use female members in operations and administer all issues and affairs, related to female suicide bombers,” the news agency’s sources explained.

Also on Saturday, another source disclosed that three European women, who were members of the IS women’s battalion, were executed by the terrorist group in the Syrian town of Merkadeh, located in the southern part of Hasaka. Reportedly, the women were accused of spying for the international coalition’s forces.

The source noted that all members of the women’s battalion are considered as a part of the IS security agency.

According to another report from Merkadeh town, last week, at least 15 foreign members of the IS left the southern parts of Hasaka. Reportedly, after the incident, the terrorist group started to detain a number of its senior members.

Turning on themselves, the end is near. Let’s hope it’s over soon as bloodlessly as possible.

No, the exact opposite. There should be more blood. The more of its members ISIS executes, the more it does the work for us and the less of these socalled ‘victims’ we have to accept back into the West and coddle with all sorts of psychological and health care and a welfare check. I don’t care if you were idealistic slash stupid when you joined ISIS. It’s one of the most evil organizations since the SS. The only thing that should awaits you upon return from ISIS territory is a bullet in the neck and an unmarked grave. Which is exactly what they should have done with everyone who had been in the SS after the war. Maybe if we had we wouldn’t still uncover unconvicted war criminals in Germany.

Just take the money and run. ISUS has no respect for women anyways. Also hard to see front lines when you must wear full burka covering head.

There is not evidence that this is true……maybe it is just a yellow news.