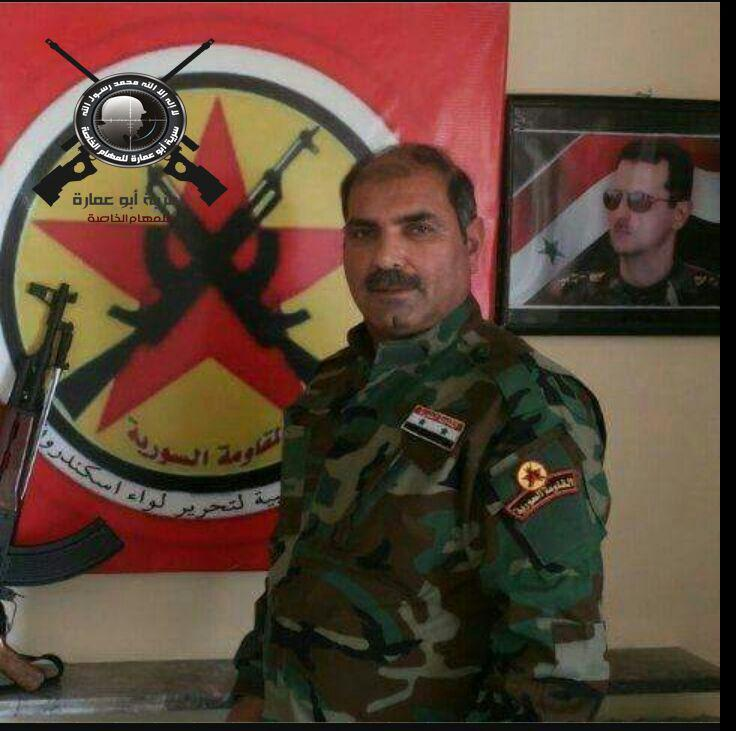 According to pro-government sources, Jamal Trabelsi, a commander of the Syrian Resistance, has survived an assassination attempt in Aleppo city.

His car was targeted with an IED in Al-Aziziyah district in Aleppo on Sunday, according to the official page of the Syrian Resistance. Trabelsi was slightly injured and he is in a stable condition now.

Pro-government sources and the Syrian Resistance said that some “Turkish agents” were behind the assassination attempt. Opposition sources claimed that the Abu Omara company, which operates in Aleppo, was the one who tried to assassinate Trabelsi.

Turkey accuses the Syrian Resistance of the bombings in Rihaniya town in 2013.

The Syrian Resistance is active in the north of Syria. It operates mainly against the Turkish-backed groups and its leadership has very strong relations with the Syrian government, the Syrian Arab Army (SAA), the People’s Protection Units (YPG) and the Kurdistan Workers’ Party (PKK).

Not the first time MIT and its operators try to assasinate kurdish leaders, be they turkish of Syrian.

Filth of the earth MIT.

I am glad he survived the attack of the jihadist Sultan’s agents. But Syrian Resistance isn’t really a “Kurdish” group, they’re made up of both (mostly) Arabs and Kurds and some other ethnic groups in western Syria. They promote a secular socialist/communist and left-win nationalist ideology.

Trabelsi? Wasnt that the clan of tunisian ex-presidents wife Leila? or is this name common in arab countries?

Turks giving Kurd’s a taste of their own medicine haha. They will be killing each other 1,000 years from now. This will never change.