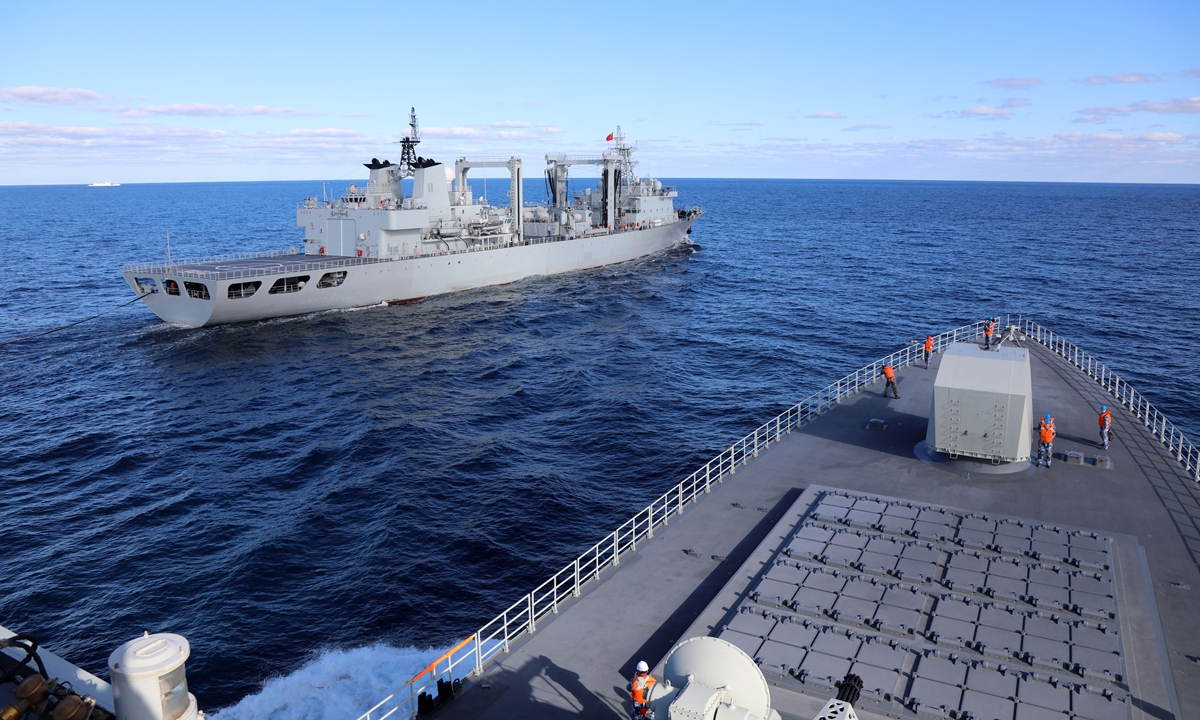 On October 14th, China and Russia kicked off joint naval drills off the Russian Far East, showing that cooperation between the two neighbors is constantly improving.

The exercises Joint Sea 2021 kicked off with a ceremony in Russia’s Peter the Great Gulf and will run through October 17th.

While such exercises have been held before, the reports said this is the first time China has sent anti-submarine warfare planes and destroyers of more than 10,000 tons in displacement for exercises abroad.

The Naval Interaction-2021 drill comes at a time when the US, India, Australia and Japan are holding Malabar naval drill in the Bay of Bengal, and also shortly after six countries including the US, the UK and Japan held drills in the South China Sea and surrounding areas.

Meanwhile, the RAND Corporation released a report claiming that Combined Russian and Chinese military power will approach, but not exceed the US.

The report’s authors describe the growing relationship between Beijing and Moscow as one of pragmatism and based on “balancing” against “U.S. hard and soft power.” Additionally, China and Russia share a desire to counter a perceived U.S. ideology “of militarism, interventionism and the forcible imposition of U.S. values on other countries.”

The relationship between China and Russia has gradually developed and grown closer over two decades, according to the report. When Bejing and Moscow launched their first joint “field exercise” in 2003, it signaled that the two countries had moved from a relationship based on “calculation” to one of “cooperation.”

Between 2012-2017 China and Russia strengthened their relationship from “cooperation” to “collaboration” in large part due to “Western sanctions.” In particular, following sanctions placed on Russia in 2014 due to the annexation of Crimea, Moscow pursued “much closer ties” to Beijing.

Authors of the report suggest that one way to dial back the relationship between the U.S.’ two chief global competitors would be to reduce Western sanctions on the two nations. If done, “Russia might seek stronger relations with Europe and the United States,” which could cause the Sino-Russian relationship to “weaken or decline.”

Rand then concludes that these changes will likely not happen and, finally the authors of the report state that, in particular, the military relationship between Moscow and Beijing will continue to develop, presenting an ever-increasing challenge to the U.S. on the global stage.

“With little, outside a significant policy shift, that the U.S. government can do to disrupt China and Russia’s growing relationship, the report’s authors suggested that the U.S. military prepare for greater cooperation between Beijing and Moscow.

“The U.S. military can prepare for the results of greater Sino-Russian cooperation, including by expecting further diffusion of Chinese and Russian military equipment, additional joint planning and exercises, potential joint basing, and eventually the possibility of joint military operations,” the report concludes.”

Lol, “the perceived US ideology”. That’s US practice, evidentially.

RAND is delusional. Thats the same RAND who told that China could invade Taiwan and win, with only 30% losses.

The same RAND stated back in 2019: “”In our games, when we fight Russia and China, ‘blue’ gets its ass handed to it,” David Ochmanek, a RAND warfare analyst, explained at the Center for a New American Security” Blue represents the USA.

Not to forget, the game rules had been adjusted several times, restricting red of certein actions. One was that red was not allwoed to destroy blues logistic hubs.

I presume the people that work at the RAND Corporation are true ANALysts.

Much smoking of weed is apparently common practice among RAND think-tankers.

“rand” is staffed by imbecilic buffoons. There is no Russia & China. There is an entire block of Eurasian nations.

Listening to rand stupidity is like listening to a five year old explaining how the planet works.

I have great respect for the Rand Corporation, but unless THEY publicly denounce these vaccines which are disabling American military capabilities worldwide, it appears to be less likely that such an outcome would take place as the weeks go by and these damaging vaccines are further given. When one has relied so much upon the Financial support of the American government, it would be logical to support that government with realistic and SERIOUS warnings about the genuine dangers of pursuing policies of dishonest medicine lest it becomes too late for both parties.