The Soratnik and Nerehta combat robots have for the first time participated in a tactical exercise of the Russian Ground Forces near Moscow. 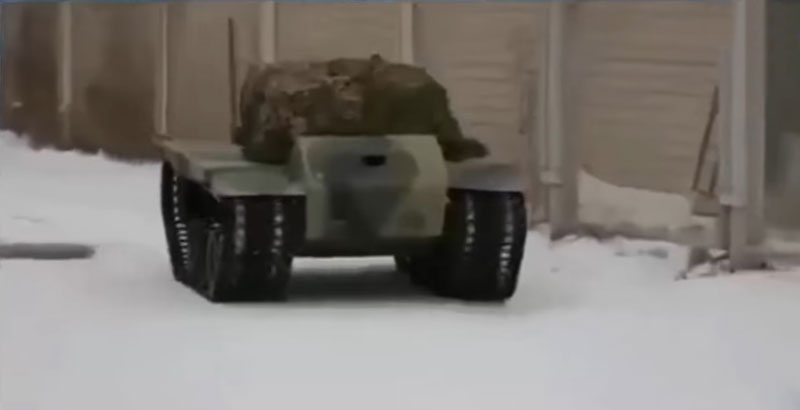 The Soratnik and Nerehta combat robots for the first time took part in a tactical exercise at the Alabino firing field near Moscow, the TASS news agency reported, citing Chief of the Russian Ground Forces, Colonel-General Oleg Salyukov.

A practical part of a meeting of the Command of the Russian Ground Forces, as well as firing, took place in Alabino. It was preceded by lectures and a battle-drill in the Patriot park.

“An operational-tactical meeting of the overhead personnel of the Ground Forces occurs annually. Its goal is to discuss new challenges and tasks of the Ground Forces, share experiences, gain new knowledge. Over the past year, functions of the High Command of the Ground Forces have significantly increased, new tasks appeared, and a need to share them with military personnel, develop ways of the solution arose,” Salyukov said.

During the practical part of the exercise, a motorized rifle platoon, supported by combat robots, acted out a tactical episode in front of generals and officers.

“Something satisfies us in the new hardware, something does not. The main criterion for new systems is the fact that they should be in demand in troops. After the show we had a substantive interchange of views with representatives of the industry. All new hardware should be improved,” the Chief of the Russian Ground Forces noted.

The Nerehta combat robot was for the first time shown to the public in 2015. The robot looks like a compact tracked vehicle platform with a combat module, equipped with a machine gun and an automatic grenade launcher, mounted on it. The Nerehta is remotely controlled, but it also can operate in an automatic mode, receiving data about a target from an unmanned aerial vehicle and selecting its route and method of destruction by itself.