Screen grab from the attack video.

On April 29, the Kurdistan Workers’ Party (PKK) announced that his fighters had attacked a secret Turkish base near the village of Sheladize in the Iraqi Kurdistan Region.

PKK fighters targeted two M60 battle tanks, which were parked in the base, with anti-tank guided missiles. The Kurdish guerrilla group released a video of the attack that took place on April 27. Both tanks received direct hits.

According to a statement by the PKK, three Turkish service members were killed and five others were wounded in the attack on Sheladize base.

“The Turkish state fabricated reports about the operation,” the group said in the statement referring to a recent announcement by the Turkish Ministry of National Defense which acknowledged the death of a single soldier and the injury of two others only.

In a separate statement, the PKK claimed that its fighters killed 21 Turkish service members in a series of operations between April 27 and 29.

Last week, the Turkish military launched a large ground and aerial operation, codenamed “Claw-Lightning,” against the PKK in the Kurdistan Region. According to the Ministry of National Defense, 42 Kurdish fighters have been naturalized, so far.

The PKK’s attack on Sheladize base indicates that the Turkish operation is not going so well. The Kurdish group is still moving freely in the Kurdistan Region.

5th columns kurds need to be put in place by turkey, bu syria, by iraq and by iran in a joint
operation. kurds need to stop acting on behalf of the disunited states of serious dimwits and
the jews in palestine. urgently. only a concerted effort by the aforementioned states can achieve
that.

the kurds and TR have been at war since at least 1978, long before the current clashes.

the kurds have been betrayed by the murikans (over the last yr or so) so do you think they are fighting for the murikans? or the khazars?
or for themselves?

I really ask myself, if they have used the Milan rockets delivered by Angela Merkel. They fly similar.

The caliph went too far away, his autonomy is badly seen by the Atlantiques, those who consider themselves the masters and do not accept initiatives from their subjects, so they are making a new collaboration between Greece, Cyprus, Israel, Saudi, Eau, Italy and France.
These states are all hostile to Turkey, and think they oppose in every Eastern Mediterranean theater, and does not only concern the sea and gas.
Erdoghan has to be careful because here they want to do him the skin, while the Kurds feel the smell of the blood and the US dollars and will become more and more daring, Turkey is likely to be taken between two fires, this is the cost to pay for those who trusts Americans and Zionists too much.

Wonder where they got those nice atgms from…maybe a gift from the big bear?

And who did Hashd get it from? That’s what I thought

So you copied a Russian ATGM? At least you admit it

No military engineer here, but those tanks were in the worst possible location. Dug into a descending hill landscape – but with the frontal approach completely wide open, and both the sides, and rear, exits completely blocked by high earth mounds (equally limiting the main gun traverse too boot). With additional problem that that the high side and rear earth mounds would compound, rather than dissipate, any localized anti-armor explosion. Very bad location.

Yeah you’re right. If they are fighting positions, and I don’t think they are, they would be pretty dumb.. if i had to make a guess, I’d say the contact-line is on the other side of the hill somewhere and these are just reserves that are supposed to be in safe locations. Putting tanks in fighting positions at the bottom of a valley is absolutely counter to their abilities. Those M60 main guns only have +19 degree elevation.

Yeah I think even a simple dirt mound to park behind would have been far more effective.

just the kind of publicity the Corporal of Constantinople needs before the election.

Assad must stay
Reply to  disTheeNot

the turks are such scared chicken

Why only 3 turkeys dead ?

Why is it newsworthy … hello?

Kurds will outnumber turkeys in the armed forced by 2040 … who do you think they’ll use their weapons against?

lol@tzatz….Kurds depopulation rate is faster than speed of light. Here Suleimani style barbecue from one of the latest strikes.No wonder,you and iranis find each other.Footage is old btw and not in north ıraq. 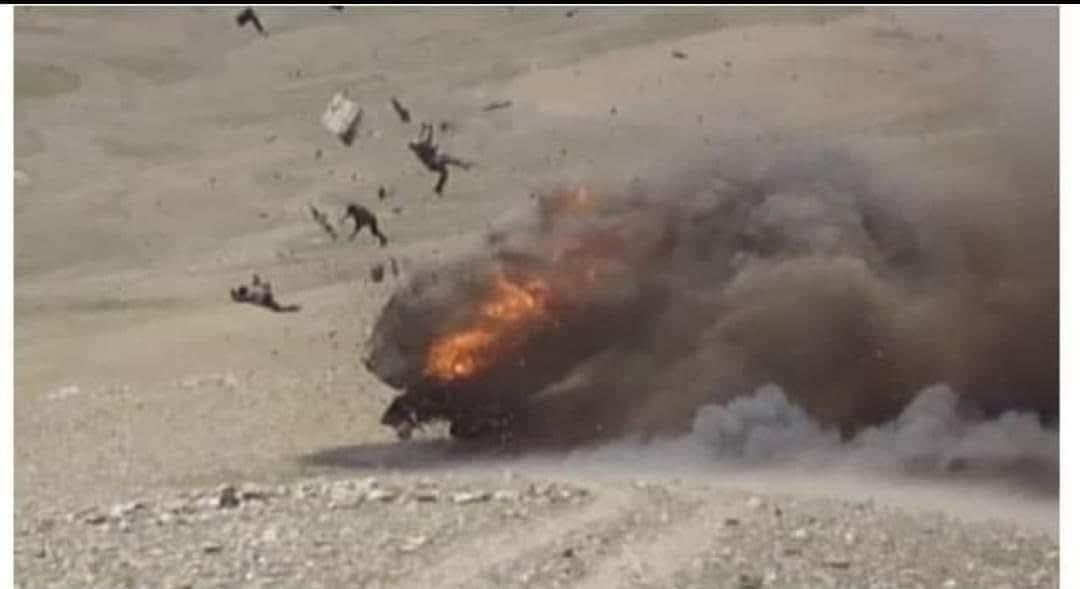 Turkish Kurds are still having babies

Turkish women NOT SO MUCH

In the photo they are azeris. and yes the Kurds by 2030 will be the majority in Turkey ..has decided to cut the turkey into 3 pieces. FACT

Keep dreaming like every Greek does.it fits for you.Why not into 5 pieces?

It does not matter that you do not believe me. The time will come when you will remember my words. I am not like other Greeks.

Those M-60s should be in a museum not on the battlefield.

Yup. 105mm gun doesn’t cut the mustard. They are inferior to pretty much everything but a T-55.

Turks can’t replace their tanks because they can’t build new ones without foreign engines. Germans won’t sell to them anymore so they’ve had to go to the Koreans, all of which held them back many years.

Very bad situation between Kyrgyzstan and Tajikistan. It all started very suddenly, and it’s happening right now. Don’t be surprised if the Ukrops will be encouraged by this. They might try pulling this off in Donbass in the coming months.

Analysts from Central Asia late in 2020 were predicting a sharp aggravation in this region in the Spring. They were sadly correct.

Hmm, not entirely sure if those hits did all that much to be honest. The second one might have but the first one only hit the upper right turret front and didn’t seem to do much.

They really should have targeted the thin hull armour not the heavily armoured turret. This is why tanks are usually deployed with their hulls hidden. Missed opportunity to get two easy hull kills, as these are probably repairable.

most obnoxious music i have ever heard.

Anybody noticed the lack of smoldering metal, secondary explosions or smoke/fumes form first target when compared to recent combat footages of tanks hit?

It must be awful duty for the Turkiscum soldier being picked off at will. The experience must be close to that of US in Vietnam. Guerrillas slaughtered them and faded back into the jungle leaving them to their empty claims of body count victory but only to face another day on the butcher’s block. History is not kind to liars and self-deceivers. Let their bellies be roasted in hell.