The Afrin Liberation Forces (ALF) have claimed responsibility for the resent raid on a post of Turkish-backed militants near the town of al-Dghlbash in the Euphrates Shield (ES) region in northern Aleppo.

On August 30, the group released a video showing its fighters targeting the position with rocket-propelled grenades and hunting several militants with sniper rifles equipped with thermal sights.

All the casualties were reportedly from the Sultan Murad Division and the Hamza Division. Both groups are members of the so-called National Syrian Army (NSA), which was founded two years ago.

The Turkish military and its proxies responded to the raid by shelling Kurdish-held areas in the vicinity of the city of Tell Rifaat and in the southern part of the area of Afrin. No one was reportedly killed or injured in the shelling.

There will come a moment when such a raid will lead to the fall of a city like Marea. When that happens, it will be the start ofvyhecend fir an occupied Afrin.

I do hope that Holland ‘does the right thing’ and offers sanctuary, a home and a decent income to the NATO backed terrorists when they leave Syria :)

The Dutch army has not really distinguished itself for a long time and a few ‘In House Terrorists’ would reinvigorate the Dutch Army training, Al.

Britain can supply a few White Helmets for realistic rescue attempts if that helps. :)

My Son was warned last year for the potential of conscription if the government views Russia as a threat and things heat up.

Like Father like Son, he just pissed himself laughing then rang his mates (all of whom had the same letter)…. not a chance in hells chance.

Conscription still exists in the Netherlands. It is dormant now but at 18 all boys receive a military number and a letter. Sweden reactivated conscription a few years ago and, imo, the Netherlands should do the same. Give all the boys and girls a chance to choose either military service or social service.

My Son received the letter, I was also talking about the benefits of joining beforehand to learn a skill, meet new mates at the MOD’s cost.…. it was a stupid letter, waffling on about “if tensions raise”…. no name or reason why,it was so obvious it was about Russia.

last time you heard anything about the dutch army was when it allowed the srebrenica massacre in 1995 when 8000 were slaughtered. it didn’t exactly cover itself in glory there!

I could well be wrong, but the last Dutch victory of any note, was the destruction of English naval ships during a Dutch warship raid near London.

“The Medway raid of 9-14/19-24 June 1667 saw a Dutch fleet sail into the Thames and attack the British fleet in its anchorage in the Medway, causing a panic in London and winning a victory that helped bring the Second Anglo-Dutch War to an end.”

probably true although srebrenica was a UN-mission when the dutch stood idly by while the 8000 were slaughtered and dumped in shallow graves.

They did not stay long though, did they ?.

We did have William of Orange as king for a while :)
Its a long time since was had an ‘English’ monarchy.

Those who work with Israels generals and US special forces are the enemies of free nations.
The CIA and Kurds are one and the same.

CIA was involved with the FSA train and equip program. It was the pentagon that started the alliance between SDF and US, Z from which both parties profited.

Shooting on retreating group which also try to evacuate wounded is very low thing to do. Shame on this sniper.

It matters not under what conditions turkish mercenaries die, the only thing that matters is that they die. These are the same terrorists that SAA had to kill in Idlib.

SAA doesn’t do not do this shit and that is what makes difference between SAA and other groups in Syria. That’s why SAA has support and love in fight against terrorists, because they do not do things like what some others do. If you ever served in professional army things would be clear to you.

Of course they do it, and if they don’t then they are fools. The only time when it’s not fair to kill them (without a trial) is after they’ve surrendered. Even if they don’t shoot them with sniper rifles – airstrikes or artillery attacks on retreating terrorists are the same damn thing. After all the atrocities these terrorists committed against their country it would be insane to leave them alive because if you are leaving them alive you are putting your own men in danger later because those same terrorists will come back later to try and kill your troops and/or civilians.
This isn’t a game of chess or football where you play for fun and fair play and it doesn’t really matter in the big scheme of things who will win. This is a war in which the future of their nations is at stake. Also this isn’t a war between countries where soldiers are forced into a war, all of these terrorists had many opportunities to stop the violence but they spat on those opportunities.

You should update on what is considered as atrocity in war under international law and then return here.

You can call me Al
Reply to  Saso Mange

Saso Mange
Reply to  You can call me Al

Yes and Kurds obviously have inhumane junkies in their lines.

Yes, some of the dirtiest work is done by snipers. It is not a glamorous proposition.

not to worry – when the SAA is finished in Idlib it will veer east and get to a point east of the euphrates and the safe zone that the unhinged states of A has arranged with turkey – lo and behold, the turks hate the kurds even more than the israelis so they will be content eliminating the border-threat the kurds pose before they join up with iran and iraq and hezbollah and contingents of houthis to finish off the squatters. and if we’re lucky we will see netanyahu at the end of a rope before christmas.

That’s what your partners have also said I understand, Dutch :)

Educate me. My partners? I have just my wife. You want to donate yours?

I was being politically correct Dutch, as I had no wish to offend you, just in case you were a Shit Stabber :)

As for my wife, I would have gladly donated her to you.
I am happily long term divorced now and that opportunity has long passed.

admire phantasies why not ‘appreciate fantasies’ and ‘admire fantasists’

The SAA are getting all the glory and praise lately [and rightfully], but the ALF has proven to be very effective at shifting Erdogan’s gaze eastwards and away from Idlib, which has helped the SAA to do what they have, but sadly they get no praise at all.
Pound for pound these ALF fighters do more damage than any other fighting force in Syria full stop, they kill more enemy combatants and lose less casualties themselves than any other group fighting in Syria bar the US special forces, but unlike the US special forces who mainly used spotters to call in airstrikes to achieve most of their kills, the ALF actually sneak into enemy territory to do what they do.
And there’s another thing they do better than anyone else too, they kill Turkish soldiers, and they kill them in numbers so high the Turks have actually stopped reporting them.
I’ll bet Assad’s happy they live in his territory, well except for when the Turks shell his territory in retaliation for their attacks, I suppose he’s not so happy about that, but he can’t mind too much, otherwise he’d round them all up and kick them out, or at the very least stop them crossing into Turkish held territory to do what they do, but he doesn’t, as a matter of fact i’ve never heard him complain once about anything they do, I wonder why, LOL.

ALF seems very succesfully concentrating on Marea and is countryside. If they ever succeed to take Marea, or any city there, it will send shock waves through the region.

I don’t think that’s their intention just yet, they mainly seem hellbent on making Erdogan’s refugee settlement plan totally unworkable, and also trying to kill as many enemies as they can, especially Turks.
But if the SAA do take back Idlib and then move onto Aleppo to do the same thing, I’m sure they’ll be in the front lines of every assault to recapture their old homes.

SAA has already liberated Aleppo, and the Kurds who lived there helped them do it. What are you going on about, “recapture their old homes”, if they left their old homes, it was by choice, not by force.

You obviously don’t have any idea what’s really happened do you.
You need to look at a map buddy, only Aleppo city and half the governorate are liberated, the rest are still in rebel/terrorists hands.
And no they didn’t leave their old homes, Erdogan and his Turkish lackeys kicked all the Kurds out and replaced them with Syrian refugees, 300,000 Kurds were ethnically displaced, and you missed it, wow.

Misunderstanding, I thought you were talking about the city of Aleppo.

I’ve did the same thing myself a few times and should have known others might also not make the distinction, I’ll be clearer in the future. 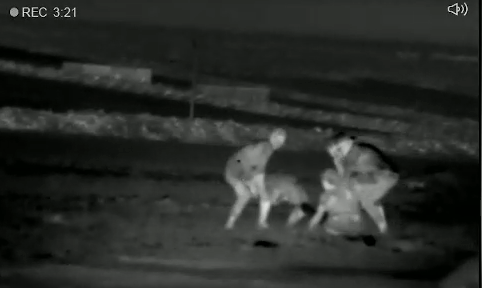 Head-chopper: “SNACKBAR! Kurdish snipers – let’s get the hell out of here” 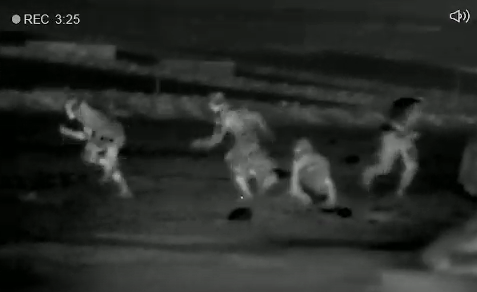 Injured Head-chopper: “Uh… OK then, guys… I’ll just wait here for you. Don’t worry about me at all.” 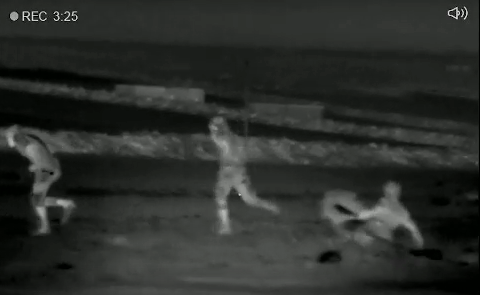