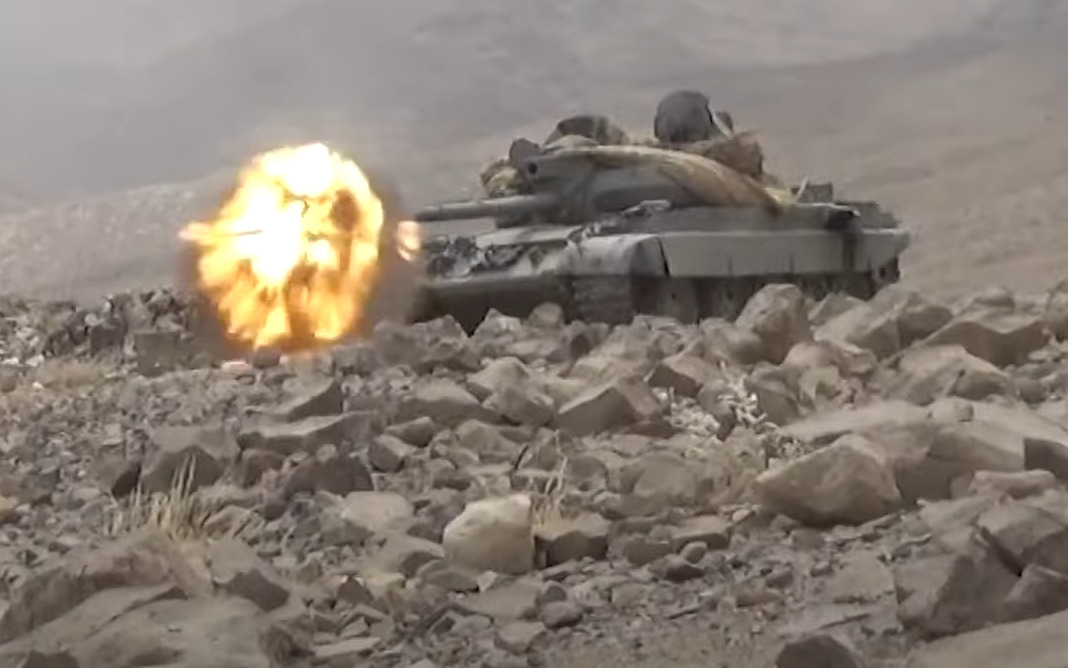 On October 12, the Houthis (Ansar Allah) announced that their fighters reached the outskirts of the central Yemeni city of Ma’rib, which is held by Saudi-backed forces, after conducting a successful large-scale ground operation codenamed Dawn of Victory.

During a press conference, Brig. Gen. Yahya Sari, a spokesman for the Yemeni group, said that the new operation was a follow up to Operation Great Strength that was announced in September. During the operation, the Houthis captured the districts of Medghal and Majzar as well as Mass Millitary camp. 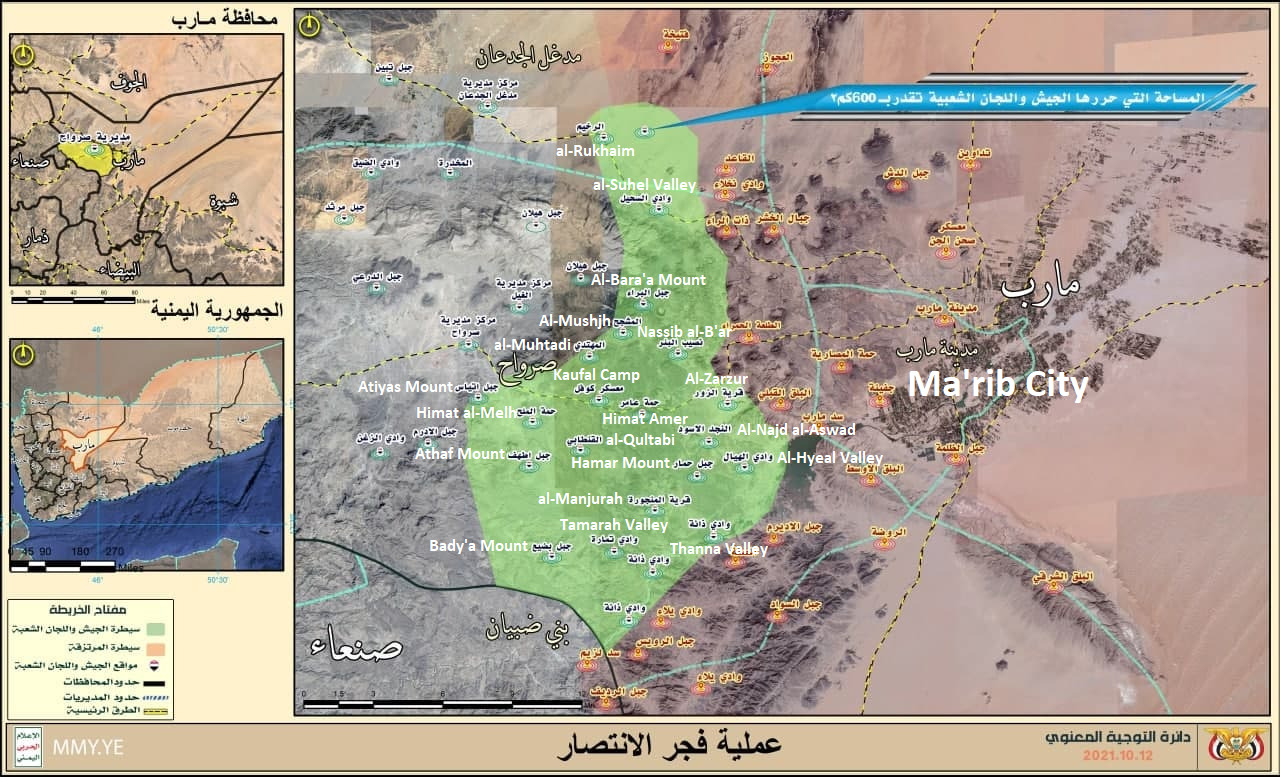 According to the spokesman, an area 600 square kilometers in size located between the areas captured in Operation Great Strength and Ma’rib city outskirts was seized by Houthi fighters in the course of Operation Dawn of Victory.

“As a results of Operation Dawn of Victory 300 armored vehicles and armored personnel carriers were destroyed, damaged or burned, in addition to 850 weapons and four weapons depots,” Brig. Gen. Sari said.

The spokesman added that 1,300 Saudi-backed fighters were killed, 4,320 were wounded and 30 were captured by Houthi fighters.

The Houthis released footage documenting the operation which saw an extensive used of anti-tank guided missiles by the Yemeni group.

During the operation, the Houthis’ air-defenses opened fire at Saudi-led coalition and US drones and warplanes 518 times and managed to shot down a total of17 drones.

Brig. Gen. Sari said that the Houthis are about to “liberate and cleanse” Ma’rib, warning the remnants of Saudi-backed forces against any attempt to destabilize the city. The spokesman also stressed that the Houthis will guarantee the safety or any fighter who flee the battlefield and take shelter at his home.

The Saudi-led coalition appears to be incapable of stopping the Houthis’ advancing on Ma’rib city. During Operation Dawn of Victory, coalition warplanes carried out 948 airstrikes on the group’s fighters. All of the airstrikes were ineffective.

The Gaudi’s after cutting-off women’s heads, making the deseRt-sands an anti-CultuRal ‘oasis’ are receiving from the Houthi’s what we in the world find alacrity and knowledge–as we have wished for them control w more foodstuff, and cooking-oil as well as re-establishment of children;s educational needs and truth-apparency! In winter’s cold and their renown on the peninsula, continued support!