On June 27, the Houthis (Ansar Allah) released footage from a recent large-scale operation against Saudi-backed forces in the northern province of al-Jawf.

The ground operation saw Houthi fighters capturing the al-Duhidah Mountains in the district of Khabb wa al-Sha’af. The mountains are located just 40 kilometers away from Safer oil fields and facilities in the nearby province of Ma’rib. The Houthis have been leading an offensive against Saudi-backed forces in Ma’rib for over four months now.

The footage shared by the Houthis shows the group fighters storming the al-Duhidah Mountains and chasing after Saudi-backed forces in pickup trucks.

During the operation, the Houthis destroyed several pickups and armored vehicles of Saudi-backed forces with anti-tank guided missiles and recoilless rifles. Many Saudi-backed Yemeni fighters were killed or captured.

The operation was codenamed “Abu Fadel Tumar” in the honor of a Houthi fighter who was killed while fighting on his own to save his besieged comrades near al-Duhidah. Footage of Tumar’s last hours in the battlefield were shared by the Houthis. Tumar’s body and damaged vehicle were recovered.

The Liberation of the al-Duhidah Mountains is yet another significant military achievement of the Houthis. The move will enable the Yemen group to advance in Ma’rib from a new direction. More pressure will be mounted on Saudi-backed forces.

It looks like Houthis youngsters are having lots of fun there. Can’t help but envy them.

You’d pee in your pants if you were in their place.

I would wear pampers

The idf has a job opening for you.

The Jews’ Saudi’s mercenaries taking it on the chin.

Jews again. There must be billions of them -or people there and in many parts of Your narrowminded world is too stupid to even rund Yourself.

But Jews mainly are better then Yours in most things. They debate, they all go to school, many educate themself, they are allowed to find their skills and are by hard work rewarded for it.

So they are not a high part of the world. You are the ones which insist being low making Your own deep dark state by no learning…

“So little pains do the vulgar take in the investigation of truth, accepting readily the first story that comes to hand.”
— Thucydides

That doesn’t explain their over-representation, they rule through usury and blackmail due to their nepotism. You ignorantly laugh at it without ever bothering to listen, lack of curiousity is a sign of lower intelligence.

I have plenty of evidence to prove myself correct, I’ve already posted plenty of evidence on this site already. Obviously it’s your problem you don’t bother to ever look into it with an open mind devoid of confirmation bias. You won’t ever debate it and are clearly a troll that will not ever be reasoned with. You fucking morons childishly insist you’re right in light of substantial evidence to the contrary.

Says the idiot who will never dare look into the subject from outside of its own viewpoint.

CT on the JQ https://www.bitchute.com/video/3rpNn1T7jkQl/

Yet you childishly insist that I’m wrong, if so you would be able to prove me wrong. Except you can’t, you therefore dodge the question by resorting to lowly ad hominem attacks.

An Empire of Their Own How the Jews Invented Hollywood:
https://odysee.com/@Cultured-Thug:c/Who-Runs-Modern-Hollywood:2 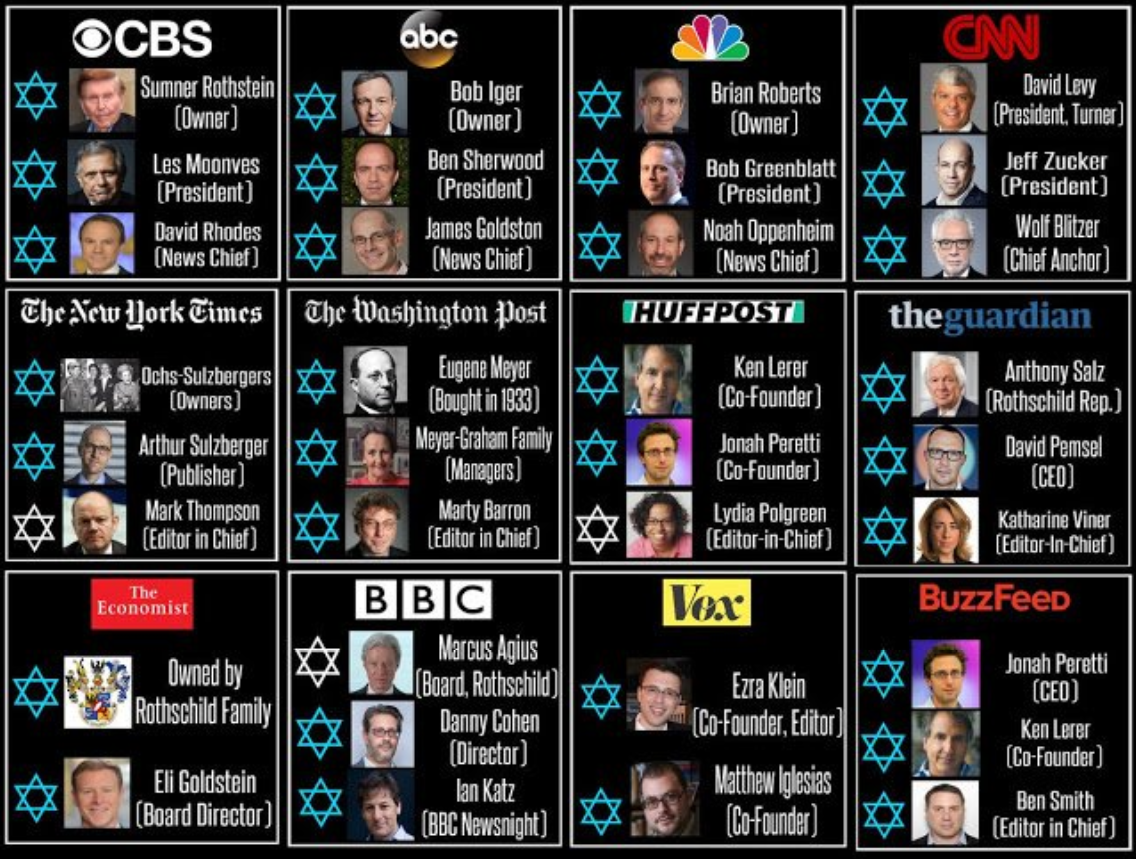 Saudis run faster than bullets. Nothing will stop the Houthis, best fighters!

saudi clowns doing what they do best. Run for lives back at the first sign of Houthi fighters.