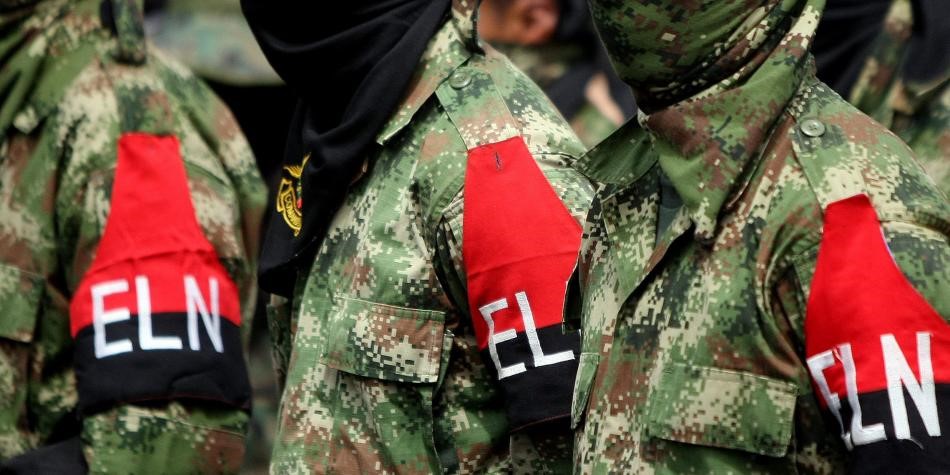 The Colombian government has put a definitive end to the already troubled peace dialogues with the ELN (Ejército de Liberación Nacional – National Liberation Army), after launching a major military operation against an ELN encampment located in the province of Bolivar (in the north of the country).

Negotiations commenced in Ecuador in 2017 after a preliminary agreement was reached, and several cycles of dialogues were advanced between the Government of Juan Manuel Santos and the guerrilla group of the ELN. As a result several unilateral ceasefires were declared by the ELN and a series of regional roundtables were created whose purpose was to provide input for the development of protocols for participation by representatives of Colombian society. The respective delegations were obliged to relocate to Cuba in 2018 after the president of Ecuador decided to withdraw from the country’s role as guarantor of the peace process.

The dialogues failed to make substantial progress and eventually stalled, though neither party declared an intention to abandon the dialogue completely.  This began to change when Iván Duque assumed power in 2018, the new administration deciding not to reactivate the dialogues and finally recalling the government’s delegation after the attack in Bogotá on the General Santander Military School in 2019, which left 22 dead and dozens of injured.

Despite the complete breakdown in the dialogues, prior to last week’s bombardment neither party had launched a major offensive operation against the other for over a year. In March of this year the ELN declared a unilateral one month ceasefire during April and called on the government to reciprocate, however the government declined. The government also failed to respond to the insurgent group’s call to meet with its delegation in Cuba to arrange a bilateral ceasefire. The ELN’s delegation has remained in Cuba despite the breakdown in negotiations and the Duque government’s efforts to have them extradited to Colombia to face criminal charges in violation of the agreement pursuant to which the dialogues were organized.

According to official statements, the attack was carried out following a major joint operation in which military intelligence units located the ELN camp (located on the border between the provinces of Antoquia and Bolivia), and the Air Force subsequently launched a bombing operation. Special Forces troops were then deployed to secure the area.

The attack caused numerous casualties including at least two senior commanders of the ELN. The Defence Minister, Carlos Holmes Trujillo, confirmed on Thursday afternoon  (14 May) that the Military Forces carried out a coordinated operation against an ELN encampment, resulting in the death of alias ‘Mocho Tierra’ and three of his lieutenants. ‘Mocho Tierra’ was considered one of the senior commanders of the ‘Dario Ramirez Castro’ front of the insurgent group (a regional unit active in the provinces of Antioquia, Bolívar and Santander).

Two days later Trujillo clarified that five guerrillas died in the attack including alias ‘Gallero’, who was a member of the National Directorate of the ELN.

According to the authorities, Gallero had been in the ELN for 33 years. In 1997 he was part of the security team of alias ‘Gabino’, a member of the ELN’s Central Command. In 2004 he served as head of the ‘Martires de Santa Rosa’ front in southern Bolívar, and in 2005 he was captured and sent to the San Isidro prison in Popayán. He managed to escape in 2015, and subsequently served as the coordinator of the ELN’s ‘Darío Ramírez Castro’ front.

The attack occurred against a backdrop of ongoing assassinations of Indigenous, rural and other community leaders, as well as of demobilized FARC members who have abided by all terms of the peace accord only to be hunted down once they demobilized, surrendered their weapons and registered in the transition zones.

The frequency and systematic nature of the assassinations was confirmed by a report released several weeks ago by Coordinación Colombia, Europa, Estados Unidos, an umbrella group for NGOs and other civil society organizations from Colombia, Europe and the US. (The report is available HERE)

“It is of great concern for this platform, that despite the early warning alerts issued by the United Nations, as well as by the Church organizations, about continued human rights violations, and the reports of confinements, restrictions on the mobility of the communities and displacements, in Carmen del Darién, Alto Baudas, Southern Córdoba, Bajo Cauca, Roberto Payán and Tumaco due to confrontations between illegal armed groups and their terrorization campaigns against local communities, it is surprising that: ‘the authorities always seem to be the last to know, in spite of the gigantic apparatus and budget destined for military intelligence, and their only response is to declare that they will visit the area to verify the complaints.’”

As I wrote 2 weeks ago when the Americunt arseholes were pushing CIA narco-terrorists from the cocaine failed state Colombia into Venezualea, the FARC and other revolutionary groups are geeting activated again the so-called peace has totally failed them. There were over 30,000 FARC and other left-wing progressive armed groups and they had stowed away their guns in the mountains and now they are back and picked up their weapons, thanks to the Americunt dumbasses trying to use Colombia and its corrupt puppet narco-government as a staging post to push terrorism into Venezuela. It is not that easy in today’s multi-polar world and Colombia itself will self-destruct again.

You got it backwards. Venezuela is using the ELN to push terrorism in Colombia.