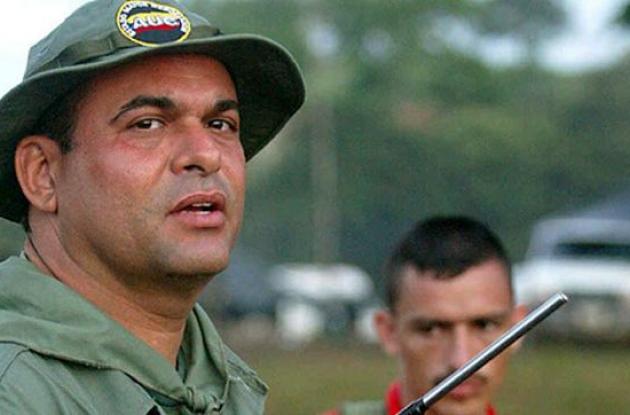 The following is a translation of an open letter from Salvatore Mancuso to the ultra-right wing presidential candidate in Colombia, Ivan Duque, protégé of former president (from 2002 to 2010) Alvaro Uribe. Salvatore Mancuso was one of the most notorious paramilitary commanders from the late 1980s until their official demobilization in 2005. He was extradited to the United States several years later in contravention of the terms of the accord pursuant to which the main paramilitary groups formally agreed to demobilize.

I was extradited to the United States during the government of Álvaro Uribe Vélez, in order to avoid [the possibility that we might reveal information about] our patron and all of his associates. We were condemned for crimes against humanity, of which you are very familiar, the abundant cases of massacres, selective assassinations, etc., and I was only convicted for drug trafficking and sentenced to fifteen years of imprisonment, a sentence that was reduced considerably for having cooperated with the judicial process.

Permit me to say that you, just as myself and all of those who have helped our patron ‘Varito’ in some way, to commit all of the horrendous, evil and disastrous crimes that have drowned all of Colombia in blood, and that have left hundreds of thousands of innocent families bereft in the most ignominious grief, and that with perverse consent, with premeditation and cold bloodedness are still being committed.

Crimes, corruption, assassinations, to the point that they become genocides, cutting a person into pieces with a chainsaw and playing football with the head, putting people into a cauldron of boiling water, throwing them to crocodiles, the use of crematorium ovens, including the massacres of hundreds of innocent people, among them Indigenous leaders, farmers, workers, teachers, students, trade union leaders, common people, etc., in summary the poor people of the country.

Doctor Ivan Duque, the river of blood that runs through Colombia is so copious, that already, it arrives to the swimming pool in your own house, for supporting and allowing yourself to be used by those who, cowardly and irresponsibly, act in the darkness, and who moreover, use us like captivated puppets for their malicious plans. Your fate will be worse than mine, because today, those stupid people that accompanied us in the elections so that we would continue governing, are beginning to wake up and gain consciousness to judge us for all of the terrifying harm that we have caused, and you, my esteemed doctor Ivan Duque, will be the first on the list, after our beloved patron, doctor Alvaro Uribe Velez.

There is still time, for you to renounce that hell and the wretched interests that want to occupy ‘the primary magistracy’ of the country, you could still conserve your honour, respect and dignity, already substantially trampled.

From the dark cell of the Atlanta prison.

Colombia Accused Venezuela’s Military Of Incursion Over Its Border

The older I get the more I become convinced that man is regressing to the ape.

You are actually retarded. Fascism is a NATIONAL SOCIALISM.

Hitler ordered members of the Nazi Party to call themselves “Comrades”!

China and the USSR were both communist and they were rivals too.

If Hitler did such a thing it would have been in his very early days before his break with Russia.

Certainly Hitlerism started as A National socialism and his genius as a leader was in persuading the idiotic Germans that it was not a Socialism. However, Hitler was not interested in social justice which is a key part of Socialism.

His party soon degenerated into what he wanted all along : a Chauvinistic Nationalism ,similar to what his idol Mustapha Kemal Attaturk of Turkey had done twenty years before and Israel does with Zionism today. Same.

Another day on the world coup. Germens lost. Germans have bed luck in Moscow. :) But, on the other hand, today were more germans in moscow, as last time, with Napoleon´s grande armee.

You think Napoleon was German?

I have found that a man is always the opposite of how he describes himself, so a man who says he is ethical, is usually unethical, a man who proclaims his honesty, is usually dishonest.

As a great American once said.

“The older I grow, the more I distrust the familiar doctrine that age brings wisdom.” (HL Mencken)

You think Napoleon was German?

you can calculate from the number, how many tens of thousands were germans

i don´t know, what did you want to tell with the rest of your comment?

Ivan is going to butcher all the drug peddling communists and they can go fuck themselves. Colombia needs a duterte of their own.