Group of Israelis are suspected of running a child sex trafficking network in Colombia. According to a report by the Times of Israel the number of suspects is 14, while Haaretz claims it is 12.

The office of Colombia’s attorney general said eight of the suspects have been arrested, including six Israelis.

The video shows Colombian police carry out an arrest at one of the locations:

The alleged sex trafficking ring provided Israeli tourists with “tourism packages” which included prostitutes, some of whom were minors, who received between 200,000 pesos ($63) to 400,000 pesos ($126) in return for sexual services.

Colombian authorities said that Israeli tourists would stay at hotels and take yacht trips and go to private parties with drugs and alcohol, in which women and minors were offered as “sex slaves.”

The members of the trafficking ring will be charged with murder, conspiracy, human trafficking, trafficking in minors, drug manufacturing, providing prostitution services and money laundering. All of the suspects were wanted by international police agency Interpol on suspicion of pimping and soliciting minors for prostitution.

Authorities raided a number of properties including a spa in Santa Marta, a hostel in Bogota, and a building known as “Casa Medellin.” The suspects were arrested in a number of locations around the country, and property worth around $45,000 was seized as part of the investigation.

The Colombian Attorney General posted a video on Twitter claiming that it showed properties owned by the trafficking ring.

Colombian media reported that the leader of the ring is an Israeli named Mor Zohar, while one of the arrested is a Colombian police officer.

The attorney general’s office said 150 billion pesos ($47.3 million) of property has been seized during the investigation, including hotels, hostels and other tourism related businesses.

The investigation into the trafficking ring has been happening since June 2016, when an Israeli citizen – Shai Azran was murdered in Medellin. The prime suspect of the murder was Assi Ben-Mosh, a 44-yaer-old Israeli who has operated in Colombia since 2009. He was arrested in the Netherlands in 2003 on suspicions of leading an international drug trafficking network.

Authorities tracked Ben-Mosh’s activities in Colombia and found that he was the owner of a hotel in Santa Marta, Hotel Benjamin, that offered the “tourism packages.” He together with Zohar also allegedly organized parties at which drugs and sex services were sold.

Police in Colombia arrested 18 people in a raid on Hotel Benjamin hostel in Cartagena in July. The suspects are accused of running a sex ring, recruiting young girls from Colombia and Venezuela and forcing them to work as sex slaves.

The network is suspected of operating in a number of cities in Colombia, including the capital Bogota, Medellin, Cartagena and Santa Marta.

And the worst of it is that Jew pedophiles like Jeffery Epstein who run these types of rings get off with a slap on the wrist.

I’m guessing that the “tourists” included a lot of rich and famous people.

According to the Torah, raping a child under 6 is no more than a poke in the eye.

That’s in the Talmud, not Torah. Even though both are ghastly works.

Thank you for correcting my error.

The Jew fake scriptures are basically perverted and pornographic in nature with rampant child abuse, misogyny, enslavement of goyim, incest and pedophilia. Why would an old man slit the throat of a child to please a non-existent “God” in the pie in the sky?

According to Talmud and Rabbinical perversions. Not according to Torah. We can’t call out all Jews for what some of them do. I mean you can call them out but it’s wrong :D

Depends, and Jews themselves make it difficult.
If you say it’s a religion, they say it’s a tribe.
If you assume that it is just the religion that is perverse, you can make it illegal by correctly defining it as a cult.
If however it’s a tribe, well that’s different, lots of biblical tribes were exterminated, and Israel still to this day tries to exterminate some Arab tribes.

Most what I would call good Jews, are in fact ex Jews, people who have repudiated the religion.

Look at ‘ Jared ‘ of the ‘ Subway ‘ sandwich shop, who molested and raped dozens of girls and was sentenced to 32 years in prison and fined 5 million dollars. Well, the Judge allowed him to turn over his money and assets to is )also) Jewish wife, and he did only 6 months in prison, and has been remanded to a very flexible ‘ house arrest ‘ . Incidentally, the Gentile who brought him the girls, and was convicted too, remains in prison and will never see the outside world again, thank God.

But Jews get preferential treatment whn they do get busted and.or exposed. The truly are a sick bunch.

It’s appalling. The US Attorney’s office in NYC has agreed to reopen the 911 investigation. So maybe it can be used to move ahead with the process of dejudifying Christendom, like the rest of the world has almost entirely been:

Nothing new, the Jew perverted scum have been committing crimes against humanity and children for over 2500 years. No wonder humanity has tried to get rid of these evil bastards. If you look at the register of global crimes ranging from child abuse, human trafficking, organ harvesting, drug trafficking, fraud, banking scams and so on, all are committed by Jews and Zionist perverts. Enough said.

Jews have been involved in all major pedophile rings from Australia to Argentina. Colombia’s drug trade is also now run exclusively by CIA and Mossad after the FARC signed a peace accord with the US installed government. Jews are also involved in organ harvesting of Colombians, especially poor black children for major Jew hospitals in US, Canada and Europe. Almost all prostitution and drug rings in the Balkans is also now run by Jews. Ukraine now under Zionists and fascists supplies the majority of prostitutes in Europe. And then you wonder why people hate them?

Imagine my surprise to find out the Israelis (of all people) are running a child prostitution ring offering up shiksas to their fellow Chosenites, as ordained in the Talmud (3 years and 1 day old if they’re gentiles).

I was also so shocked that I wondered if the Russians can be blamed for ‘meddling’ with the Columbian child sex investigation into the Israeli descendants of Holohoax survivors :)

Sorry mate, for me, not appropriate this time.

I am not against any religion but so much I know that a bunch of Jewish running child sex centers, human trafficking, slavery, casinos and other evil businesses. They are child butchers and land encroachers.

I recommend you to read about ADL and who were the people behind it. It’s legacy is alive today and picking goodies of their fruitful constructs.

Judaism is a cult, not a religion although some who call themselves Jews cling to the pre-Christ Israelite religion.

Lock them all up and throw away the key. The Columbia prison population has a special place in their hearts for child molesters

I fear they will be allowed to buy their way out..

But, but… This is just that new Antisemitism you cant blame Israelis how dare you!?

Arabs are the only Semites and there is surely a lot of antisemitism against them in the west.

The fact of being Jewish does not make the crime of sexual slavery any more abominable, the fact is that the Jewish and Italian mafia in the USA worked together in the management of brothels, but it is in the trafficking of children’s organs that the Jewish mafias excel and in Syria they are relentless on hundreds of them, orphans or kidnapped. How many little girls like Anna Frank raped and killed these killers?

the cosa nostra was and is always controlled by them jews which again are controlled by the british…….prohibition..italians were the street level criminals (bars,whorehouses,gambling etc..) jews (Bronfman) were the whole salers, british (keswick family of jardine matheson) were the production.
the same goes for heroin…italians street level,jews whole salers distribution,british production

true from the getgo..no surprize 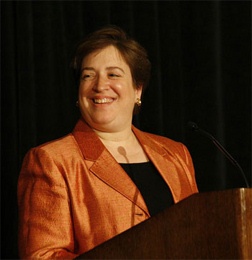 How many customers got the package? lol

Death penalty to all the fake jew zionists

This the high morality of the most moral army in the world, IDF. After a tour of duty in Occupied Palestine murdering Palestinian children, they go to Colombia, an Israeli ally, and engage in sex trafficking with Colombian children with the complicity of the Colombian government.

The Synagogue of Satan

This is the type of behavior of Jews. They even sedate, and surgically steal organs from Palestinians.

To Jews, these non Jewish women are nothing more than ‘ shiksha’s ‘ , or whores. For the sole purpose of being disposable of being no different than disposable cattle by the ultra-supremacist Jews. The Chosen People , we are told. Chosen by whom? It surely wasn’t God, but Lucifer/Ibless(in Arabic).

Just to think of all the missing children cases in the U.S. that go unsolved, how many of these kids end up in Israel, or used and killed off. At one time, the Chief of Police of the city of Los Angeles, in the early eighties came out and stated to anybody who would listen, even the FBI, that kids were being abducted and put on a plane to Paris, where they would then head to Israel, where they would be goners for good. He even went on speaking tours speaking about it. The Jew owned and run media brushed him off as an old senile, man.

And folks, all this is right there in the diabolical Talmud, which the Jewish Encyclopedia says supersedes the Torah. Now when the Talmud is mixed in with the Kabbala, which is all about conjuring demons, Black magic, spells, sorcery etc, and you have what we call todays Jews. Not every one of them, but the overwhelming vast majority. They are highly structured and organized, and they have a deep bond to one another.

They need to be exiled / expelled, from the rest of the human race.

Lets not discriminate against the innocent – there are good Jewish people, perhaps not a majority but nonetheless. The Elite Powers of this world ENABLE these crimes of Zionists, so the answer is on display in France – we must remove the powers-that-be and establish grass roots politics where only average income people can hold political positions. No lobbying!!

For a nation that steals kids organs, why would they think twice about pimping them off and making a few shekels..