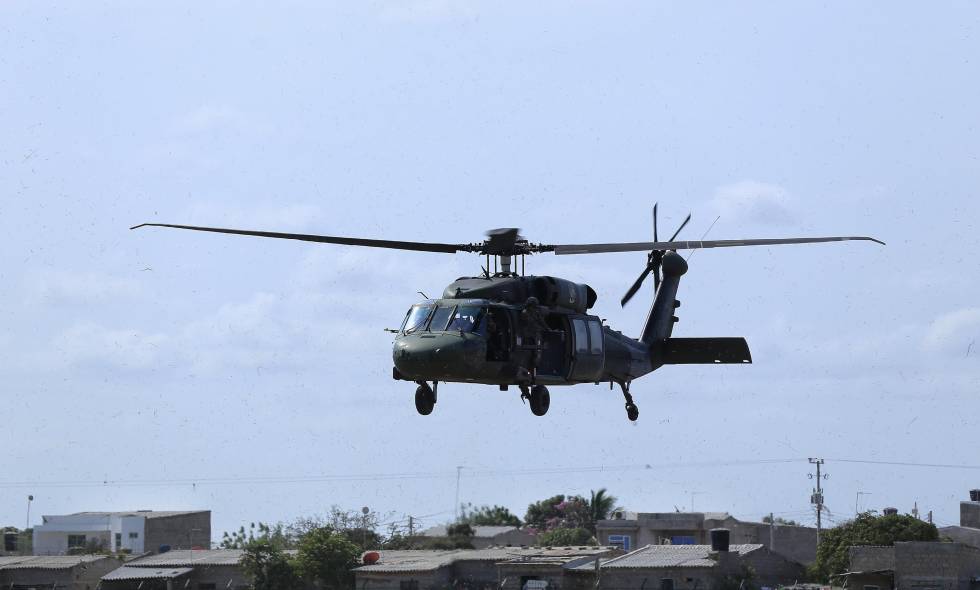 The governments of Colombia and the United States want to resume aerial fumigation and continue the forced eradication of coca that cost $20 billion between 2005 and 2014 without any significant positive results.

In the response, the government admitted that voluntary crop substitution, which is opposed by both Bogota and Washington DC, is both cheaper and more effective.

Comparing this data with the estimated cost of substitution with the families directly included at a rate of COP40 million ($10.3 thousand) producing families out of an estimated total of 80,438 direct producer families, this would imply an investment of COP2.9 billion ($748 thousand).

Based on the above, it can be said that the cost-benefit ratio of substitution is more reasonable than eradication because the results achieved are expected to be sustainable over time.

Marulanda was already a fierce opponent of the strategy even before finding that the two governments had spent $22 billion on a strategy that in the end barely affected coca cultivation.

Marulanda is currently co-sponsoring a bill to regulate coca and cocaine instead of indiscriminately criminalizing their production, consumption and other commercial and industrial uses.

Former President Juan Manuel Santos ended aerial fumigation citing health concerns, but also after finding that Bogota and Washington DC had spent $22 billion on removing only 17,000 hectares of coca in a decade.

According to diplomatic cables leaked by Wikileaks, Santos had already expressed his doubts about the bilateral counternarcotics strategy to former Under-Secretary of State Marc Grossman in 2004, but was told by US Ambassador William Wood the strategy “is working.”

The US government, which was initially hesitant about the effectiveness and cost of manual eradication was convinced by former president Alvaro Uribe to include the strategy in what was called “Plan Colombia II,” which sought and failed to reduce illegal armed groups’ hold on Colombia by cutting off illegal revenue from cocaine trafficking.

Santos and counternarcotics experts, however, appear to have been running into  US officials’ persistent refusals to admit their strategy was a failure contrary to evidence as early as 2005.

“There has been a lot of discussion surrounding the recent release of the U.S. coca and poppy cultivation estimates in Washington, including the estimate that coca hectarage did not change significantly in 2004 in spite of record fumigation levels. In fact, although it would have been nice if the hectarage numbers had also gone down, last year, and every year for the last four years, the U.S. Colombian effort has had great success.”

Fifteen years and $20 billion later, Juan Manuel Santos has become one of the main critics of the US-led War on Drugs while both the White House and US Ambassador Philip Goldberg continue to push for the intensification of the costly, but useless counternarcotics strategy that is now also opposed by the United Nations Office on Drugs and Crime,

In a related development, Colombia has given the green light for a US Army unit to restart an advisory mission in the country after a majority of senators of the national Congress asserted that its planned activities did not constitute deployment of foreign troops, the defence minister said on Thursday.

A court ordered the government to suspend the deployment of 53 US military personnel in July after a group of opposition legislators filed legal action, saying all movements of foreign troops in the country must be authorized by the Senate  as stipulated by the Colombian Constitution.

After President Ivan Duque submitted information claiming he had ‘political control’ over the unit’s activities, 69 lawmakers from seven parties signed a letter saying the unit’s presence did not constitute a deployment of foreign troops, but is cooperation in the fight against drugs.

Duque has set a target to destroy 130,000 hectares of coca crops this year, up from 100,000 last year, and has signalled that aerial fumigations using the herbicide glyphosate could restart.

Last year cocaine production capacity in Colombia rose 1.5% to 1,137 metric tons according to the United Nations, even though the size of coca crops fell to their lowest level in six years. LINK

how is russia doing with its own war against afghan heroine?

despite that it is extraordinarily inexpensive, official data shows that only 450,000 have experimented w heroin—-nearly all the tar heroin in USA derives from Mexico

“When the government of President Ivan Duque took office in August 2018, former Interior Minister Guillermo Rivera said it wanted to end the so-called PNIS program that sought to counter coca cultivation through rural development and crop substitution. The government retracted quickly because ending the PNIS program would mean non-compliance with the peace deal, which could have far-reaching and international consequences.” Also manual eradication is still required because of coca crops on public lands, and can be effective.

I lived in Colombia 2 years where US spies are ubiquitous…cocaine can be purchased anywhere—although only the lowest castes use it—crops are grown everywhere in the jungle, Plano and mountains—easily concealed…it is more lucrative than coffee or sugar cane. Apparently it is easy to cultivate and easy to produce in primitive jungle labs

Smuggle these drugs to China :D

You don’t propose anything else SouthFront. The US government and Columbia need to execute anyone selling drugs, apart of a gang and creating drugs. Just make sure people are given the right to surrender. You’ll solve the problem tomorrow !!

Drugs exist because Communists and leftists allow it to !!!

they exist because u fascist are unable to feel—address your fear and anxieties by consuming more coke, meth, heroin, marijuana, halucinogens—a nation of robots that cannot feel

Venezuela is doing a better job of preventing drug smuggling from Colombia than Colombia itself.

only 3 nations produce cocaine—colombia, the most and Peru/Bolivia (the least)…90% of coke in US is produced in Colombia—little is consumed in S amerika…1/3 of US coke is smuggled through Ecuador–Colombia has an Atlantic and pacific coast–some goes to Europe via the narco state of guinea Bissau…some through central amerika, Bahamas and most via Mexican cartels that also smuggle heroin/meth into USA—the soulless amerikans must narcotize themselves to address their immoral barbarism, anxieties and fears…Durkheim wrote that only in the least developed societies is punishment severe and wide—in the Western Hemisphere only the barbaric amerikans permit capital punishment–no European nation does and they incarcerate more per capita than any nation in history—so racist that by a ratio of 5 to 1 they are non white

the so called elite in washington dc is racist to the core, whatever else they claim.

they sure will hasten the death of all those disillusioned yankee-twats, who indulge in bit of blow now and then,