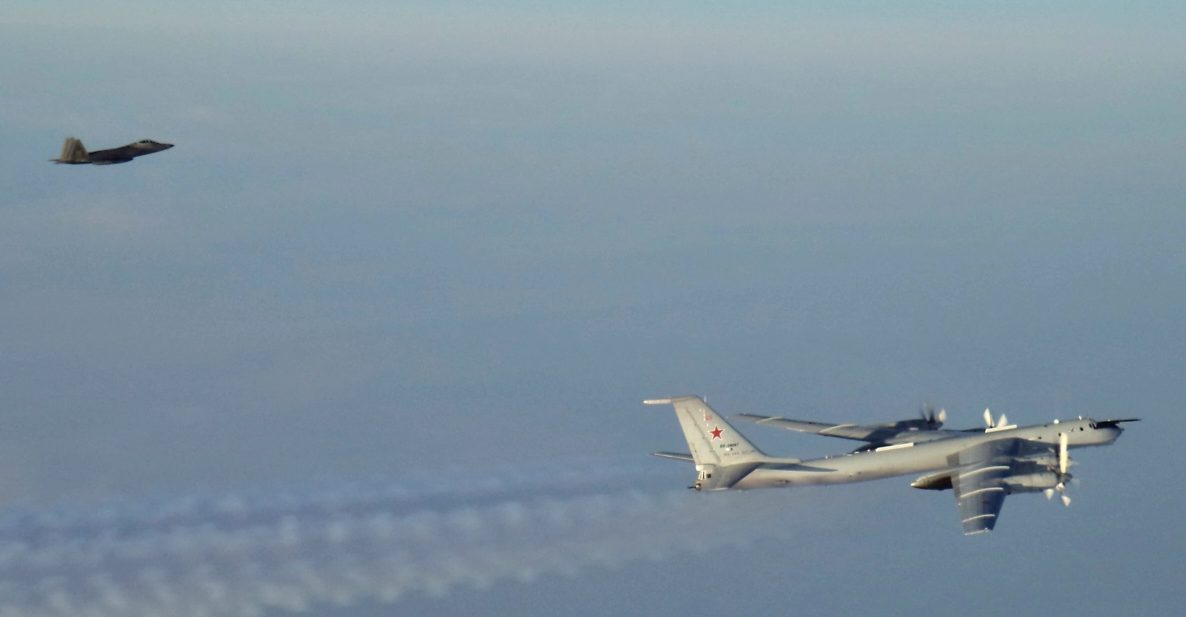 On January 15th, Russia announced that it has started the withdrawal from the Open Skies Treaty, following the United States’ unilateral withdrawal from yet another international security agreement back in 2020.

Russia’s Foreign Ministry said in a statement that the U.S. withdrawal from the Open Skies Treaty “significantly upended the balance of interests of signatory states.”

The Russian foreign ministry also said that the United States had used a “fictitious pretext” for its withdrawal and had disturbed “the balance of interests of the participating states”.

The ministry said Russia had put forward proposals to retain the “viability” of the treaty but did not receive support from Washington and its allies.

Konstantin Kosachev, chairman of the foreign affairs committee of the Russian parliament’s upper house, said Moscow’s decision to leave Open Skies was “predictable” as the other member states did not fulfil its terms.

In a post on Facebook, the lawmaker said Russia requested the remaining signatories to confirm that they would not transfer information obtained under the Open Skies agreement to Washington.

The United States, like many Open Skies treaty members, is part of the NATO alliance.

“The blame for what is happening — and this is a very unfortunate scenario — is entirely on the United States and NATO allies,” Kosachev wrote.

The treaty was intended to build trust between Russia and the West by allowing the accord’s more than three dozen signatories to conduct reconnaissance flights over each other’s territories to collect information about military forces and activities.

U.S. President Donald Trump declared Washington’s intention to pull out of the Open Skies Treaty in May 2020, arguing that Russian violations made it untenable for the United States to remain a party.

The U.S. completed its withdrawal from the pact in November 2020.

After two months of attempts to salvage it, Russia also said it is initiating its own withdrawal.

Russia denied breaching the treaty, which came into force in 2002. The European Union has urged the U.S. to reconsider and called on Russia to stay in the pact.

Moscow argued that the U.S. withdrawal will erode global security by making it more difficult for governments to interpret the intentions of other nations.

The United States, essentially, succeeded in destroying yet another international treaty.

It has, so far, failed in completely destroying the Iran Nuclear Deal.

It succeeded in bringing an end to the INF, without any issues, by accusing Russia of breaches and then withdrawing itself. It then immediately began testing prohibited missiles, which raised the question if whether they were being developed while the INF was still in force.

Currently, the continuation of the New START treaty is still in question.

In mid-December 2020, the US proposed to extend the treaty by one year. And it should also include an undefined warhead freeze to which Marshall Billingslea, U.S. President Donald Trump’s special arms-control envoy, said Russian President Vladimir Putin had agreed.

“We already responded, repeatedly. 5 times we offered, incl. in writing, to meet to finalize the freeze/extension deal to which Putin agreed,” Billingslea said on Twitter. The Russian Foreign Ministry “rejected all mtgs,” he added. “All we need to do is define what we are freezing, the cap level & start verification talks.”

.@KremlinRussia_E, we already responded, repeatedly. 5 times we offered, incl. in writing, to meet to finalize the freeze/extension deal to which Putin agreed. @RussiaMFA rejected all mtgs. All we need to do is define what we are freezing, the cap level & start verification talks https://t.co/shVdHFtckg

The treaty expires in February 2021, and there is currently no news on whether it would be extended or not, but it is quite questionable. Joe Biden will be US president in 5 days, and he may decide to salvage it, somehow.

There is no agreement, treaty, promise and contract, that United Snakes of America would not break..

USA also made them partly by Eisenhower and much later H. W. Bush.

But for You no factchecking is needed …You proba´tly not even know, what it is :)

We are going in to a wall at full speed.

You should try to join others , which work hard to avoid such things. I also see Your wall partly as the worst scanario. Problems can be smaller then You thing.

So propose something better – live better Yourself, if You can. And remember sungæasses if they use nukes.

Putin should say, look we will send a hypersonic missile over US, with a camera, and you will not catch it

Putin should send one with cam and a dud of course, record their reaction and post it on youtube :D

Why a dud, to flash his peepee?

You change your nicknames like i change my clothes, solomon :) A dud means https://www.vocabulary.com/dictionary/dud by that i meant sending a rocket without a nuclear warhead :P

You mean Ruskies don’t change their clothes in a year? That explains why Siberia is so empty.

Well, in the past 6 to 7 years or better said since i have made this account, i have stayed Alex you on the contrary :) I guess that it is either very passionate hobby or a paid job for you.

I bey you didn’t change your clothes for 7 years.

Ha ha. Evwerybody can land at the red sqaure for free now – more or less :)

Erdogan and Alyev for sure.

We wont blame them:)

All part of the plan by the US and its allies; destroy the current agreements and engage Russia, China, Iran and any of their allies into another international agreements controlled by the US who will take over the functions of the UN. Such is the plan, whether it eventuates is another story.

I think without any treaties soon, and taking into account US neglectful and predatory sea and air practices almost inside Eurasian borders, the factor for a shoot out is going up by a good amount.

This is not about a new treaty, This is about the upcoming war. It should be pretty obvious by now. All the actors are going through their parts just as scripted.

Thats highly false. Facts are UN is made to solve some systems after the WW2. Now the degvellopments since then has outdated too much.

IF USA – mainly by Trumpets – want something UN has to be replaced with nothing.

Westerns like me dont want that, but I see the results in 180 countries joining having only hands out for stolen or very needed help in all levels – but they do block and we pay because we are rich. We even are blamed for being rich even they do nothing to maker better incomes themself even we pay a lot to hjelp them fx copy the good parts of our systems.

I wonder as Trump for, we by UN still has to pay for unsolved problems by UN camps around Israel forever and since 1948. I didnt do it. I was not even born. Is that my problem people in several generations cant solve those problems or go somewhere else???

OIts trhe same for all those muslim refugees. Is it really Our problem muslims DENY to solve own probpæems – Wed are even blamed for them. I can only see we bhy that that pay to not even friends in their overcrowded areas. They aven threat us by overwhelming us is numbers making too much fun under or over their bedblankets and anywhere else.

So I do reconsider. UN can be replaced by the ones, which actually contribute to it. t might even be easier to make better solutions. My westerns makes bad mistakes too.

About damn time. However, Russia’s naivety is beyond believe. Take this statement for instance. ” The ministry said Russia had put forward proposals to retain the “viability” of the treaty but did not receive support from Washington and its allies. ” Washington has no allies, silly Russia, just subjects.

Alex
Reply to  Fog of War

Russia is just buying time also making sure that slipping into the new crisis isnt her fault.

Fog of War
Reply to  Alex

After the next war is over the matter of ” who started it ” will be inconsequential and a moot point. Whose opinion will Russia be concerned at that juncture ? Will it even matter ? I doubt it.

Thats probatly correct. But we dont know if big cn´hanges can be made in the world in several countries.

Trump is not normal USA politics, so Biden might wish to repair old stuff.

Russia is like Trump wanting to split up in copuntry to country solutions, so the big ones can dominate the small ones.

EU and Nato dont want that. So I hve a kind of hope for going back and going back with this makes sense.

Very good. Its a normal way, if You have nothing better for now.

USA and Washington has many alliances and its not even made for that purpose and of high importance among enemies too – if it works.

Most people can make peace and understandig among friends:) Thats the easy part. The difficult is to make friends :)

English is a foreign language for them! Their vocabulary is limited, kindly understand.

Whats the matter with Yourself. Diplomacy has been usefull since ancient times, we know of such as egyptians, chinese and Hamurabi.

Now You are clever then them and all those after them. Very impressing.

Next You will invesnt peace in the world too. I hope so.

I will go ahead and ask the same question what is wrong with you? If I piss on you will you call it rain and ask for more? There can be no more diplomacy with a rogue, expansionist, sick, hyper controlling entity.

One reason why this could be a dangerous time for peace, is the deep divide going on inside the USA. Trump’s followers sincerely believe he won hands down, but now they are having to accept a rigged election. An external war might unite the country is what the “deep (s***) state” might think. Like 9/11.

Thats right. USA has several internal problems. Thay and we has to hope they solve some of them, even many here hope USA and the dollar collapse.

But I will remind many here, that they have even much bigger problems. USA, West and others can decline. So many countries or parts of sountries are very low and cant even make some damage control.