Coca-Cola apologized to Russians for the wrong map of the country, attached to a New Year’s greeting posted on its page in “Vkontakte”.

Aditionally, Coca-Cola has published a new map where Crimea and Kaliningrad were marked as Russian territory. 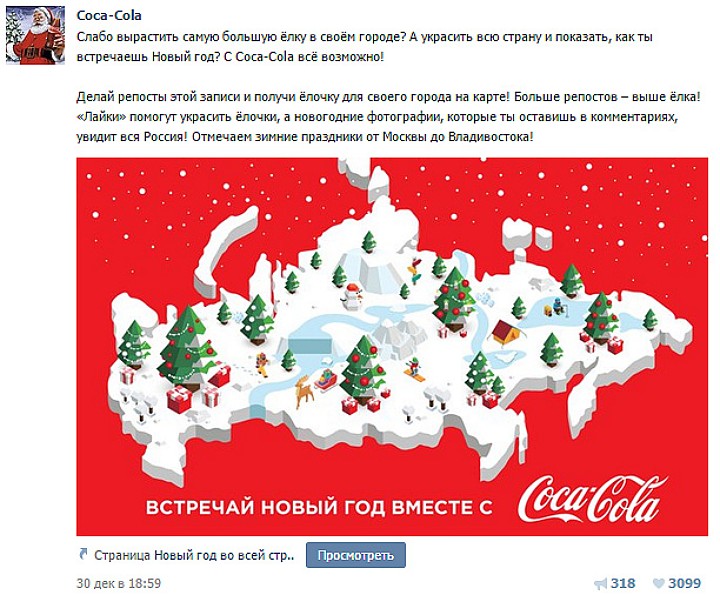 “Dear community members! We sincerely apologize for the situation. The map has been fixed. We hope for your understanding,” the Coca-Cola Company said in an official statement. 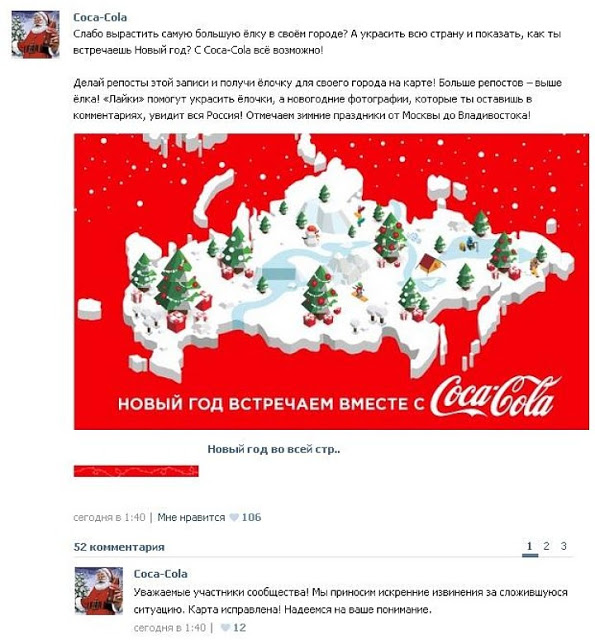 The Coca-Cola’s actions caused an outrage from the Ukrainian side. Some of Ukrainian politicians said Ukraine should boycott Cola-Cola products for including Crimea as the part of Russia