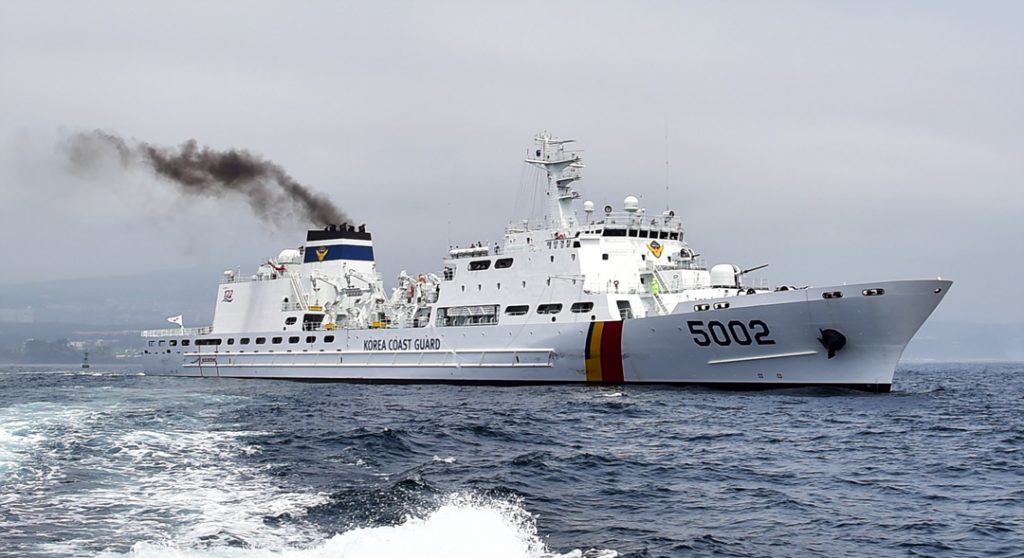 The reason for this decision was the extremely ineffective actions of the management units during the rescue operation in the crash of the ferry Sevol (April 2014), which led to the death of more than 300 people. In 2017, the CG became a separate department within the Ministry of Marine Affairs and Fisheries. 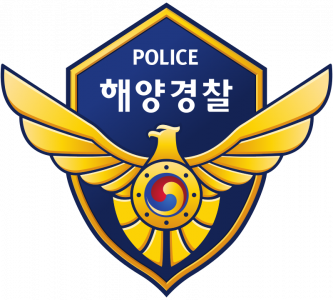 The Coast Guard is designed to protect the interests of the state in the territorial waters and exclusive economic zone of the country, to combat illegal migration, smuggling, piracy and poaching, as well as to conduct search and rescue operations at sea.

In peacetime the department is subordinate to the Ministry of Maritime Affairs and Fisheries, in wartime it is transferred to the operational management of the Chief of Staff (Commander) of the naval forces of the Republic of Korea

The CG consists of more than 11 thousand people.

The Coast Guard while performing these tasks works closely with the Navy, police and customs services.

Training of personnel of the department is conducted at the CG academy in the city of Yeosu.

The head of the Directorate of the Coast Guard of Korea, is the Commissioner-General with the rank of Deputy Minister (presently Cho Hyun Bay).

Organisationally, the department consists of the headquarters (the main headquarters), located in Incheon. It is responsible for the departments (headquarters) of the Coast Guard of five sea zones: Central (Incheon), Western (Mokpo), Eastern (Tonghae), Southern (Busan) and Jeju (Jeju), the CG Academy with its research centre, the central search and rescue unit, and the centre for material and technical services.

Each zone consists of two to five sea areas (Incheon, Seocheon, Taean, and Boryeong in the Central zone, Yeosu, Wando, Mokpo, Kunsan and Buan, in the West; Sokcho, Donghae, Pohang and Uljin in the East; Ulsan, Busan, Changwon and Tongyeong in the South; Jeju-si and Seogwipo in the sea area of Jeju), control vessel traffic, aircraft group, and a detachment of special purpose. In addition, the structure of the Central sea zone includes a permanent ship connection in the north-western sea area. In total, the South Korean CG has 19 sea areas and about 100 coastal posts.

Tasks in the sea areas are assigned to the CG departments, which are subordinate to the ships and boats of the Coast Guard, as well as coastal posts equipped with radar and visual monitoring of the surface situation.

The CG operational zone includes the territorial and internal waters of the state, the South Korean exclusive economic zone, as well as areas of special attention near the border with the DPRK in the Yellow and Japan Seas, where armed clashes with the North Korean patrol forces are possible.

In addition, areas of joint fishing with neighboring states are established within this zone, the demarcation of which is regulated by bilateral treaties.

When searching and rescuing at sea, the ROK Coast Guard can operate in a larger area of water, including significant parts of the Yellow and Japan Seas, as well as the Korean Strait.

The Coast Guard forces are armed with 35 large and about 40 medium patrol ships, up to 110 patrol boats, about 140 special vessels, 6 patrol aircraft and up to 20 helicopters.

The CG General Staff is currently considering the possibility of reorganising the agency from the Ministry of Maritime Affairs and Fisheries and reassigning it to the Prime Minister of the Republic of Korea as a separate agency. At the same time, it is planned to change the organisational structure of the central office with a reduction in the number of its divisions and the number of staff.

By 2020, it is planned to merge the aviation groups of the Central and Western sea zones. In addition, it is planned to reduce the number of air patrol routes of the South Korean exclusive economic zone from eight to six.

In the medium term (up to 2022) in accordance with the concept “Military Reform 2.0” the possibility of gradually transferring the Coast Guard to command the defence of the rear areas of the country ground forces associated with the organisation of anti-landing defence of the coast of Korea and electronic control of surface conditions on the perimeter of the maritime borders of the state is being considered.

By 2020, two new diving support vessels (type D-1) are planned to be transferred to the West and East groups of the Central search and rescue unit of the CG. It is assumed that they will be able to provide diving operations at a depth of up to 50 m for 50 minutes.

Between 2019 and 2022, it is planned to equip Coast Guard units with two KUH-1P “Surion” multi-purpose helicopters, which will strengthen the existing aviation group. In addition, it is planned to adopt an unmanned aerial vehicle of national development with rotary propellers (tiltrotor), which has a flight range of 800 km and a duration of 4 hours in the air.

Its task is to perform the functions of monitoring and marine search.

By 2021, it is planned to complete the creation of an automated system for processing large volumes of data accumulated by shipping control centres. The programme budget is $10 million.

In peacetime, the CG plays a significant role in ensuring the country’s maritime security, monitoring compliance by neighboring states with international treaties and UN Security Council resolutions within the exclusive economic zone of the Republic of Korea, and in wartime, it participates in the Navy, protecting the sea coast, defending naval bases and ports of the country.

According to South Korean experts, an increase in the department’s ship strength is expected in the future. It is likely that a new organisational reform of the department will be prepared, including its transfer to the direct responsibility of the Prime Minister of the Republic of Korea, while simultaneously expanding the functions of ensuring the state’s border protection.

South Korea has uncle Sam’s support.So China won’t dare to touch South Korea because if they do something funny uncle Sam will crush the Chinese rats