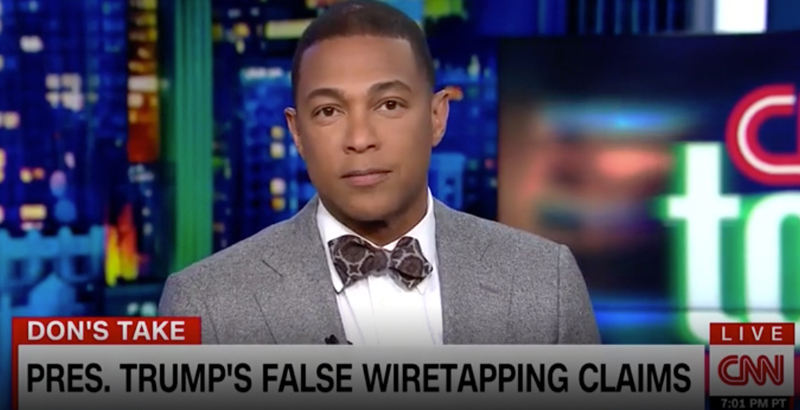 On Monday, Don Lemon, an anchor of the CNN TV-channel, refused to give coverage to reports, according to which information on the Trump’s transition team was illegally unmasked and spread by former Barack Obama’s national security adviser, Susan Rice, during the 2016 election.

Speaking about Trump’s tweets, in which the US President charged that Obama had bugged Trump Tower, Lemon said that there was “no evidence” of this fact, as well as accused the Fox News TV-channel of spreading the claim that Rice illegally shared intel of the Trump’s team.

“The president and the White House are still trying to make a lie true,” Lemon said.

“Let us be very clear about this. There is no evidence whatsoever that the Trump team… was spied on illegally. There is no evidence that backs up the president’s original claim. And on this program tonight, we will not insult your intelligence by pretending otherwise, nor will we aid and abet the people who are trying to misinform you, the American people, by creating a diversion,” he added.

A cafeteria or the US’s own version of Goebbels?

Such bare-faced lying whilst keeping a straight face the whole time, no wonder CNN like him. He makes me want to knock some sense into him.