The CNN TV-channel has once again confirmed that it is a source of fake news. 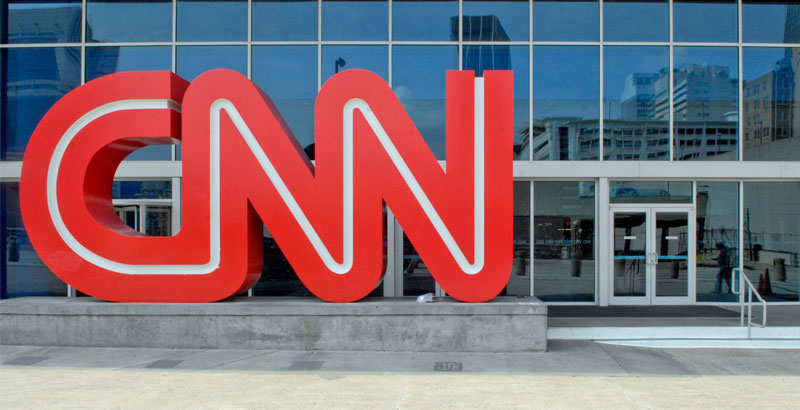 On Monday afternoon, the CNN TV-channel made a false claim, declaring that Richard Spencer, an American white nationalist, wondered if Jews were actually people. A number of journalists continued to fetch and carry the news in social networks.

At first, a segment on CNN’s The Lead quoted the words of Spencer. As CNN host Jim Sciutto said in a live, Spencer said about Jews that sometimes he “wonders if these people are people at all, or instead soulless golem.”

“That is an alt right leader Richard Spencer talking about Jews,” Sciutto stressed.

After that, a chyron with the text “Alt-right founder questions if Jews are people” was showed on CNN with RealClearPolitics’ Rebecca Berg and The Boston Globe’s Matt Viser.

However, Spencer did not say anything like this about Jews, and instead of this he was talking about political consultants on television.

It’s about 40 seconds in the video below:

Despite the fact that all week, CNN’s Brian Stelter complained about fake news, he also retweeted this story: 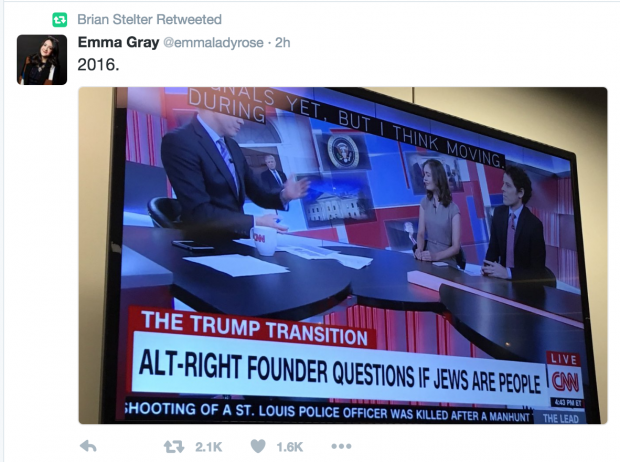 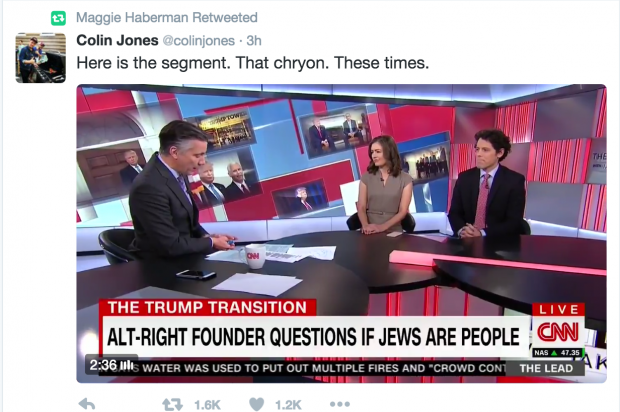 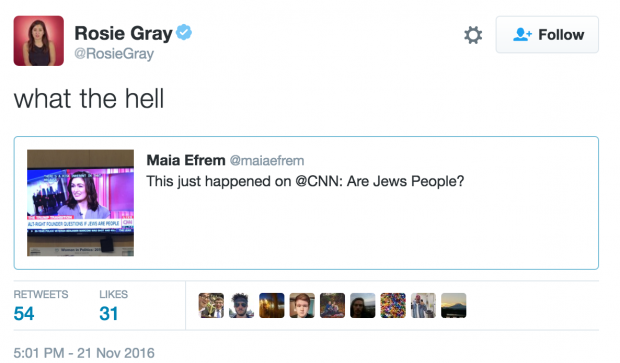 Adam Serwer of the Atlantic: 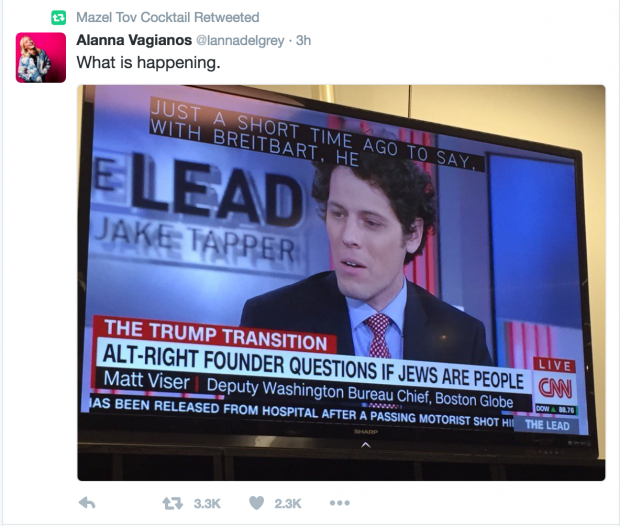 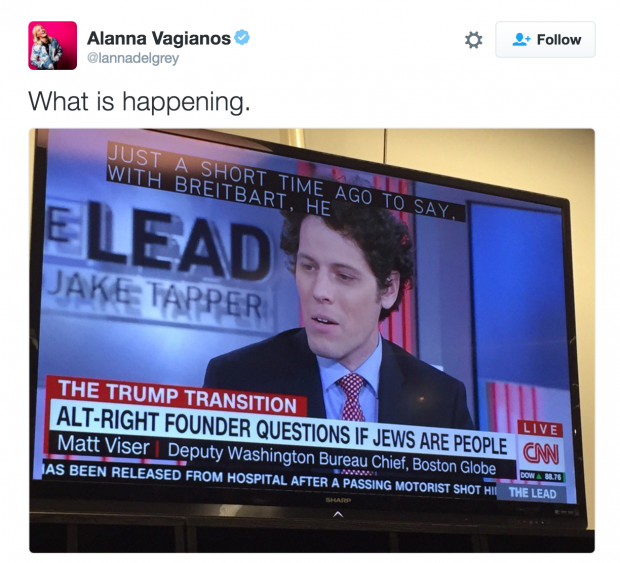 The media which is part of the leftist establishment is trying hard to paint Trump and his allies in a negative light. Of course they lie, misrepresent statements or quotes, only to have an incessant barrage directed at Trump. I think Trump is going to get tired of them and do something drastic.

Well I am certainly tired of it so I very much hope so.

I just read that a number media personalities were invited at Trump tower, they were thinking it was going to be about future coverages, Trump let them have it, of course it was a meeting off record.

In fact, except for the ad hominem attack, he may be correct. Research shows most of the people claiming to be Jewish are actually Europeans (including Russia) of one variety or another or converted to Judaism vs. the lost tribes.

Hopefully the person that cnn and others defamed will hit cnn and others with a lawsuit for defamation and slander. Trying to “spin” things for propaganda purposes on behalf of the dc crime ring is the usual approach of us corporate media and has been legalized in the us to try to make it easier to sell the us people on more invasions and occupation of other countries among other things. What the media did with this though is still illegal under us law for now and they should be held accountable by any and all means available.