CNN TV-channel has considered a scenario of an assassination attempt on US president-elect Donald Trump, his vice-president and senior officials of the Congress during the inauguration on Friday. 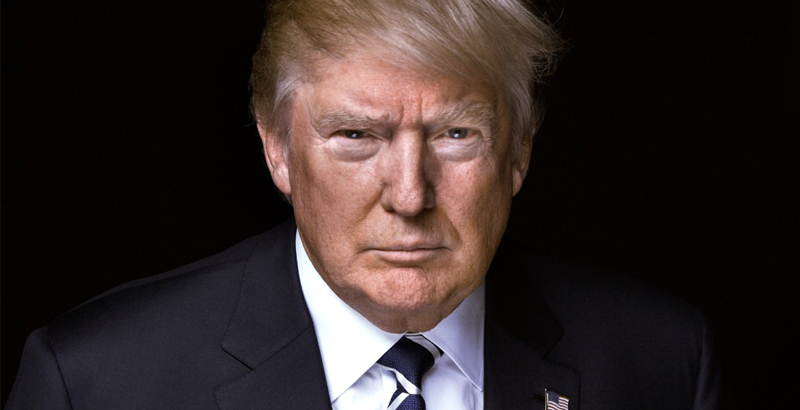 The CNN TV-channel showed a reportage about inheritance of the presidential powers in the case of a murder of Donald Trump during his inauguration on Friday.

Reporter Brian Todd considered a scenario of an assassination attempt not only on the president-elect, but also on the vice-president and senior officials of the Congress. As CNN reminded, according to the US Constitution, if a president and vice president are killed or incapacitated, a speaker of the House of Representatives and temporary chairman of the Senate will take their seats. If something happens to them too, then ministers, starting with a Secretary of State, will execute the office of a president.

In the case of the inauguration on January 20 the situation is even more complicated. By noon of this day, Ministers of Barack Obama, including US Secretary of State John Kerry, will already lay down their powers. But the candidate, nominated for this post by Trump, Rex Tillerson, still has not been confirmed in the office by the Senate.

For this reason, in the afternoon on January 20, Under Secretary of State for Political Affairs, Tom Shannon, a representative of the Obama’s administration, will start to temporarily perform duties of a head of the State Department.

In addition, in preparation for really catastrophic events, a so-called ‘successor on-duty’, usually, one of the ministers, is chosen. He does not attend an inauguration and stays in a distant place under guard. His name is not disclosed.

According to CNN, this ‘successor on-duty’ also will not be from the Trump’s team, as the Senate has not still confirmed anyone from his team in this office.

As political analyst John Fortier told CNN, there are two line of succession at the inauguration: one of them is the Obama’s administration, which is still in power, and another one will not appear until Donald Trump is inaugurated and the Senate approves his appointments.

The CNN’s reportage caused a wave of indignation in social networks. Internet users leave angry comments under the video on the CNN’s YouTube channel and criticize the TV-channel on Facebook and Twitter.

“So apparently CNN thinks it’s okay to openly advocate for the assassination of Pres Elect Trump to keep the Obama administration in power,” one of the commentators wrote.

So apparently CNN thinks it’s okay to openly advocate for the assassination of Pres Elect Trump to keep the Obama administration in power.

“CNN calling for the assassination of President Trump? Why am I not surprised,” Gwen wrote.

CNN calling for the assassination of President Trump? Why am I not surprised.

Some commentators noted that the topic of an assassination attempt on the president interested not only CNN. “Last night PBS shows Lincoln assassination doc. Tonight on CNN: What happens if Trump and appointees suddenly die on Friday for some reason,” Trent Collicutt wrote.

Last night PBS shows Lincoln assassination doc. Tonight on CNN: What happens if Trump and appointees suddenly die on Friday for some reason?

Historically, the CIA only assassinates men who are good leaders and decent human beings.

but only if they go against the military industrial complex

The fact that I am still alive is thus depressing in an odd sort of way. :-)

Just like CNN not building that Buzzfeed story to crescendo…?

The incoming president receiving any kind of threats even before taking the post, a forecast of thousand of angry protester coming to the inauguration, a visible push to increase the confrontation at all levels: but there will also some child waving flags or just security staff?

Apparently per rightists and Russians, you are advocating an assassination just because you wonder what will happen if such an incident did take place.

However, it’s no mystery how the succession would go. It’s laid out clearly in the Constitution and it’s pointless speculation to wonder how it would go in the first few days while some appointments are not approved. A transient situation.

As with all US politics, whether or not some argument or speculation is appropriate can be determined by what the press would likely say if the person to be possibly assassinated had been Obama in ’08 or ’12. They would have had a meltdown over Obama assassination speculation. Consequently, it’s dishonest to “just innocently wonder” what if about Trump.

Well i have news for these evil devils. God is stronger than there conspiracy dreams. Donald J Trump will be our 45 president of the United States. If you do not like it get out and take mcain rosie and hrc with you

They’re struggling with that concept. They seem to think only leftists deserve to win elections and that any victory by a rightist must be attacked and discredited from day one. The right is supposed to “reach out” to them and soothe their hurt feelings. “Reach out” to patriots? Ridiculous.

Bad point. No sorry, but the press is raising possibilities. Not advocating it. Even I wondered what will happen, but that doesn’t make me or anyone want to wish his death. If it had been Obama or a Democrat candidate, there won’t be a word out of the rightist-Putin lover trolls. So yes one should wonder all they can.

No. There’s no reason for such speculation. Was there speculation on Trump’s having a heart attack or falling down the stairs? No. The intention was to broach the inflammatory topic of assassination. What “rightist-Putin lover trolls” might have objected to or not four or eight years ago is irrelevant. The fact of the matter is that rightist did not speculate about the assassination of Obama. Now you see it. So don’t interject irrelevancies.

There’s no reason to raise this topic. There’s no ambiguity about succession in the Constitution. The scum who raise the topic now as though there’s some kind of mystery about who would succeed are contributing nothing that is honest or helpful.

Yes there’s a reason for such speculation. The speculation being that CNN is advocating Trump assassination. It is a ploy by rightists and Putin lovers alliance and LSM lyingstreammedia to defame and allege “MSM” and leftists are plotting of killing Trump. As for rightists, they have not just speculated but threatened Obama ( http://www.nydailynews.com/news/election-2012/woman-fired-racist-anti-obama-facebook-post-article-1.1199917 ).

Not to mention, these designated survivor reports have been done before (http://mediamatters.org/research/2017/01/19/right-wing-medias-latest-conspiracy-cnn-wants-trump-assassinated/215064).

And Hillary herself got into trouble for suggesting possibility in a hinted Obama assassination when alluding to assassination of RFK. ( http://hotair.com/archives/2008/05/23/wow-hillary-sticking-around-in-case-obama-gets-shot/ ) Would you be doing the same thing then? I doubt so. So yes it is entirely releveant that you are hypocritical opportunists. You can try to fool others, but not me. Go on lying as much as you can.

Mr. Niyazov, not every difference of opinion involves the exchange of lies. You come across as petty and aggressive with such a lame assertion. Sorry to bring you such bad news.

I never said “every difference of opinion involves the exchange of lies”. I only said in this case you are lying and attempting obfuscation of your real purpose which is obvious. Your fooling doesn’t work here. I’m not bothered much about America-Russia, left-right, but I can tell when one is lying. And that’s you. You can make up whatever you want now.

Now you have hurt my feelings. You are so mean.

CNN and others stirring the pot …. again.

They are fake news

Absolutely… And I do wonder why Ehad Barak aka “Wolf Blitzer” is not in jail for his incite to violence and his TREASONOUS acts against America.. But of course, Barak is a JEW and these fraud “chosen ones” always get away with their crimes in America…

These cruds need to be locked up. How dare they try to under mine what we the people have voted for. That brennan is a specially evil

I propose a boicot view to CNN and Fox channel. Their conduct is just unacceptable for USA people and the World community.