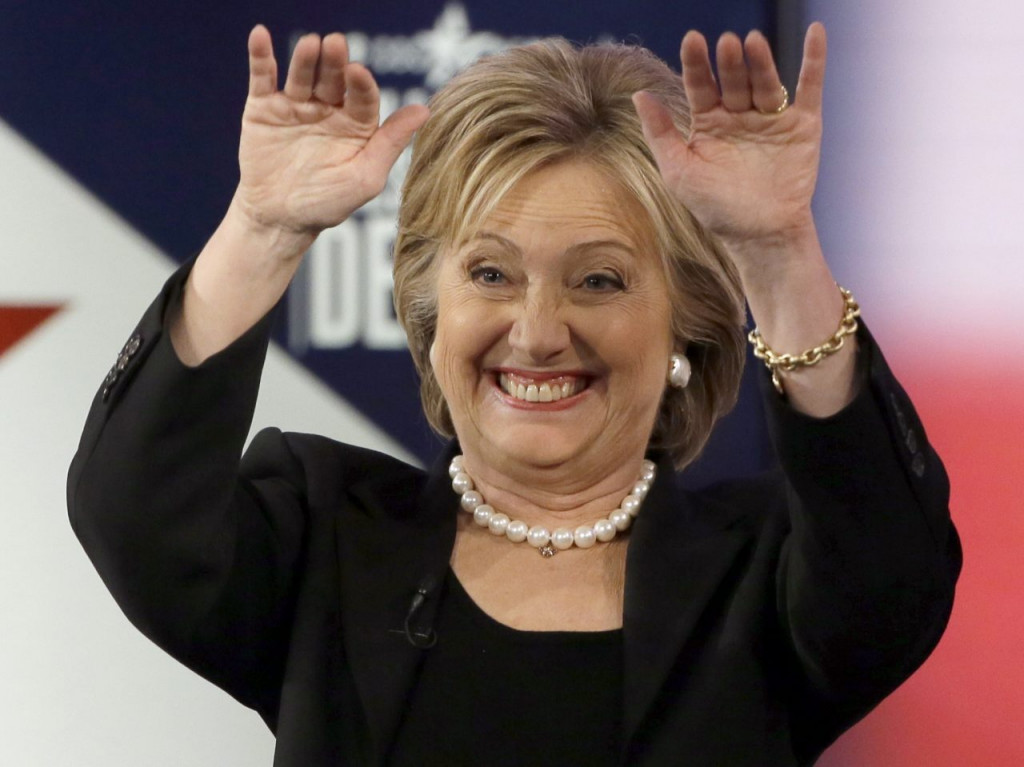 Hillary Clinton is under federal investigation for using her private, insecure email server for classified State business. Anybody else handling classified official material on a private server would have at least lost their job and would likely be indicted. But Clinton is not anybody else. She has strings to pull. She has offers to make. And she is successfully doing such. Let’s follow the trail.

Attorney General Loretta Lynch, whose agency is investigating Hillary Clinton’s email practices, spent about 30 minutes meeting with President Clinton while both of them were separately passing through Phoenix.Clinton had landed ahead of the nation’s top law enforcement officer, and waited for her arrival, a local affiliate ABC15 reported.

Lynch was in town for an event on community policing.

Clinton learned of her arrival, and decided to wait so they could meet, sources told the station.

‘I did see President Clinton at the Phoenix airport as he was leaving and spoke to myself and my husband on the plane,’ Lynch said at a press conference when asked about the prolonged chat, which took place aboard a jet on the tarmac.

Clinton claimed he was in Phoenix for playing golf. It was some 106 degree Fahrenheit in Phoenix that day. Having been in and around Phoenix in such weather I am sure no one went for any longer walk during that day, or played golf.

After some media outrage Lynch tried to wiggle herself out of the calamity:

Attorney General Loretta Lynch said Friday that she will accept the decision of career prosecutors, investigators and FBI Director James Comey on whether to bring criminal charges in the ongoing investigation of Hillary Clinton’s use of a private email server while secretary of State.The unusual public announcement during an event in Aspen, Colo., comes as the attorney general faces a storm of criticism related to an awkward encounter with former president Bill Clinton after the two crossed paths earlier this week at Phoenix’s Sky Harbor International Airport.

Then, two days ago, the NYT had a piece on Clinton that mentions in passing a renewed job offer for Loretta Lynch should Clinton become president:

Democrats close to Mrs. Clinton say she may decide to retain Ms. Lynch, the nation’s first black woman to be attorney general, who took office in April 2015.

One and one is two. Lynch read that message and the director of the FBI, which is responsible to the Attorney General for its operations, received appropriate signals. The result:

F.B.I. Recommends No Charges Against Hillary Clinton for Use of Personal Email

The F.B.I. director, James B. Comey, on Tuesday said the F.B.I. is recommending no charges against Hillary Clinton for her use of a personal email server while secretary of state.The statement by Mr. Comey concluded an investigation that began a year ago when the inspector general for the intelligence agencies told the Justice Department that he had found classified information among a small sampling of emails Mrs. Clinton had sent and received.

Comey also said this, which makes it clear that this is a very “special case” that would not pass the usually used criteria:

To be clear, this is not to suggest that in similar circumstances, a person who engaged in this activity would face no consequences. To the contrary, those individuals are often subject to security or administrative sanctions. But that is not what we are deciding now.

Clinton broke the law, but the FBI finds “no intent” of her doing so. Willfully setting up a private email server for state business is against laws and regulations. Clinton did so for purely egoistic reasons. But that is not “intent” says Comey.  Knowingly sending and receiving Top Secret information through it is not “intent” as the FBI defines it in this case. Other knowledgeable people differ. Destroying her State Department schedules must also have been without Clinton’s “intent”. Sure. As some Clinton once said, “it depends on what the meaning of the word is is.”

The Clinton campaign is currently trying to smear Donald Trump as antisemitic because of some graphic his intern handling his Twitter account sent around. It depicted Clinton as bribable with money in the background and it included a red star. Now a red star is the insignia of the 6th Infantry Division, or just a red star from a clip art library, but the Clinton campaign and its followers alleged that the red star was signaling that Jews are bribing Clinton, which they do, after the yellow star used to mark Jews in the Nazi area. It is a typical smear campaign against Trump or anyone who does not prostate enough at relevant altar. But is that graphic really antisemitic and its misinterpretation Trump’s fault?

Make no mistake about it, the Trump campaign has a serious antisemitism problem. But the question is, how much of it is Trump and how much of it is his supporters, and how much is torched off courtesy of Clinton, Trump’s myriad other political enemies, and a hostile media.Is Trump the active impresario of an anti-Semitic movement?

The evidence seems to indicate otherwise.

Clinton’s arrogant email handling and the string-pulling that saved her from indictment can not be attributed to some Trumpian antisemitism issue. Bringing that up was a diversion.

If the Trump campaign has some serious marketing players they will hammer home from now to November that Clinton’s lax handling of message security is a danger to the nation and that her and her husband’s seemingly crocked manipulations to escape indictment is disqualifying her for any higher job. Additionally a judge ruled today that Clinton’s “private” emails will be open to FOIA requests. Some dirt will be found in them.

I find it quite possible that such a campaign would turn away enough voters from her to let her lose the general election.